Tears welled up in the eyes and a unique feeling of connecting with the motherland grasped the vast members of Indian diaspora as their flight touched down at Lal Bahadur Shastri International Airport at Varanasi to participate in the Pravasi Bhartiya Divas. More than 5,000 members of the Indian diaspora have descended on this holy city, out of which 350 members from the United Arab Emirates (UAE) are participating in the diaspora conclave.

Members of the Indian diaspora are paying visit to Baba Vishwanath temple and other tourist places of this ancient city. Some of them also enjoyed the majestic view of Ganga from the sprawling Assi Ghat. 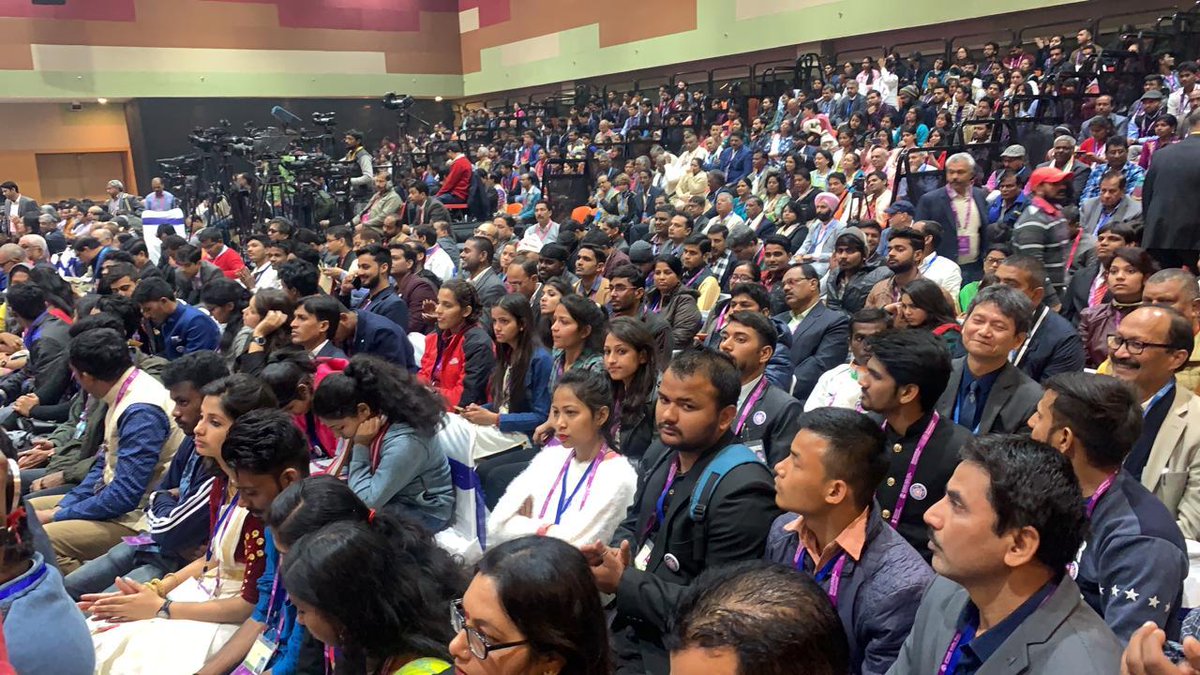 Pravasi Bharatiya Divas Convention is an important platform to engage and connect with the overseas Diaspora. The theme of PBD 2019 is "Role of Indian Diaspora in building a New India.”

#PravasiAtVaranasi
Mr. Vasu Shroff from UAE, has been attending PBD for the past 14 editions. He was awarded the Pravasi Samaan Award in 2017. pic.twitter.com/dJcbsoaDWh

Earlier, while detailing the programmes at PBD, Vipul, Consul-General of India in Dubai, said, “PBD will see recommendations based on panel discussions aimed at how help can be given to distressed Indians abroad and how can Indian diaspora help, especially in areas such as renewable energy, cybersecurity etc.”

Crafting stories!
Exhibiting handicrafts from all across India at #PBD2019 pic.twitter.com/zt95Sp4wS4

Vipul also told about the special arrangements being made for the NRIs participating in PBD.

“On January 24, special buses will take the participants from Varanasi to Prayagraj for the Kumbh Mela and the same night special trains will take them to New Delhi. We have been working on getting people mobilised, encouraging them to attend the PBD, and I am happy that our community organisations and associations have worked hard. One of our officers will also be going with the group for additional coordination,” Consul-General said.

"Air India has given 50 per cent discount to big groups of 100 that registered online," he added.

Talking about the uniqueness of PBD of this year, Vipul said, “The time is longer with a visit to the Kumbh Mela and the Republic Day parade. Many NRIs wish to attend such events but it has always been difficult to coordinate but this time the government is taking the opportunity.”