Monthly remittances to India thrice the earnings of low-income households in the country: Report

A US-based international payments company UniTeller’s report on remittances to the low-income sector in India reveals that the value of monthly remittances from family and friends working abroad now averages close to three times (2.6) the monthly incomes of the recipients.

The report, ‘Both Sides of the Coin: The Receiver’s Story’, is the first installment of UniTeller’s research into the behaviours and attitudes of low-income remittance recipients in Asia.

World Bank figures showed that India is the largest remittance receiver in the world with USD 79 billion of inflows in 2018. Photo courtesy: UniTeller

It found that the average monthly remittance value sent back by low-income overseas Indian migrants is USD 1,011, compared to their receiver’s average monthly household income of USD 380.

“With global mobility increasing, remittances are playing a more important role in the livelihoods of low-income families and communities. As the reliance on remittances grows, a key challenge is ensuring this income translates to building sustainable wealth,” Alberto Guerra, CEO UniTeller, said.

World Bank figures showed that India is the largest remittance receiver in the world with USD 79 billion of inflows in 2018.

According to the report, based on a survey of 1,911 interviews with adults from low-income households, 44% of remittances received by Indian households are used for day-to-day family needs (18%) and bill and loan repayments (26%).

However, over half of the receivers in India (55%) have a high level of comfort in having excess cash on hand compared with leaving it in a bank account. Photo courtesy: UniTeller

56% of remittance recipients in India said they regularly run out of money and 52% said that they will reach out to their main sender abroad for more.

The survey further found that a reliance on remittances may also place increasing stress on the relationship between senders and receivers. 74% reported that the expectation of receiving remittance places emotional stress on their family.

When it comes to who calls the shots on financial planning, 96% of receivers say they have the final say on how remittance funds are allocated.

The survey also revealed that as digitalisation of financial services in India is more prevalent, 97% of respondents have a mobile wallet account and 99% of receivers are open to using a digital/mobile app to electronically receive money. 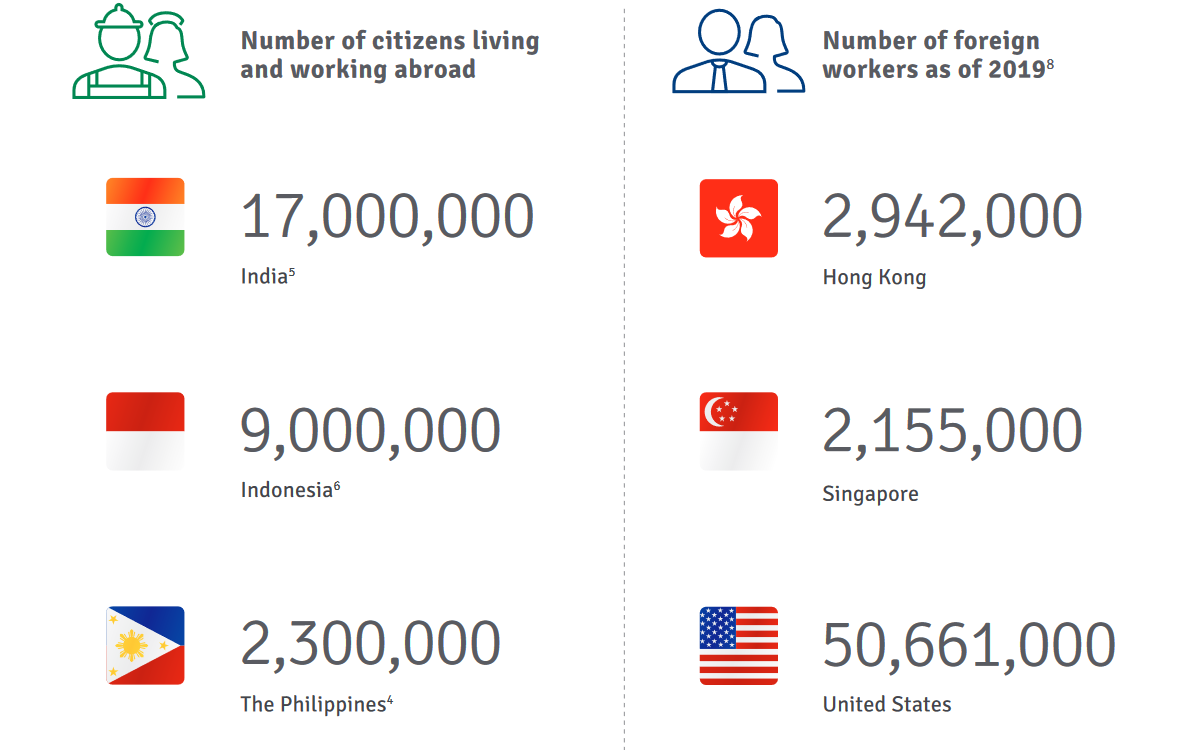 However, over half of the receivers in India (55%) have a high level of comfort in having excess cash on hand compared with leaving it in a bank account.

The most common method of receiving international money transfers is via mobile wallets (62%) and electronic transfer into an existing bank account (58%) but cash pick-ups remain relatively high as a go-to option at 45%.