MOE of Singapore declares school terms and holidays for 2019

The Ministry of Education (MOE) of Singapore has declared the 2019 school year for all the primary and secondary schools. In addition, they have also announced the schedule of junior colleges and Millennia Institute.

“The 2019 school year will start from January 2 (Wednesday) and end on November 15 (Friday),” said the Ministry of Education in a press release.

The yearly schedule of the first-year student at junior colleges and at the Millennia Institute will start on February 1 (Friday) while the rest of the students will start their classes from January 7 (Monday). The schedule will end on November 15. 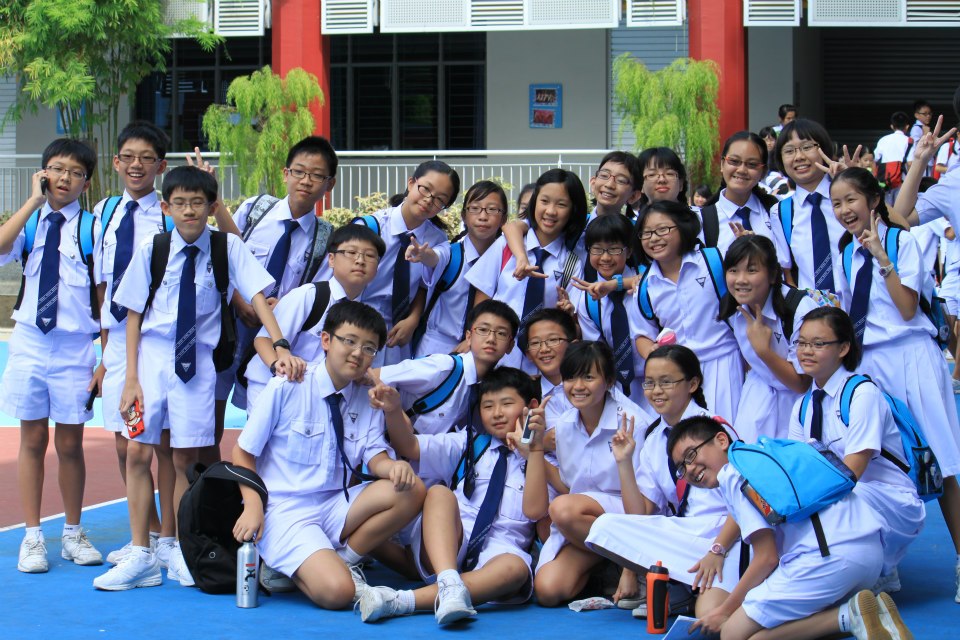 The 2019 school year for Singapore will start from January 2 and end on November 15. Photo courtesy: Wikimedia

There will be four terms for primary and secondary schools. The first term will commence from January 2 and continue till March 15 while the second term will start from March 25 and end on May 31. 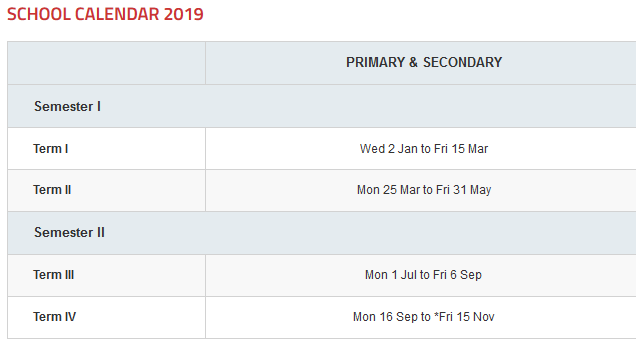 The Ministry also announced that the third term will commence from July 1 and continue till September 6 while the fourth and last term will stretch from September 16 to November 15. 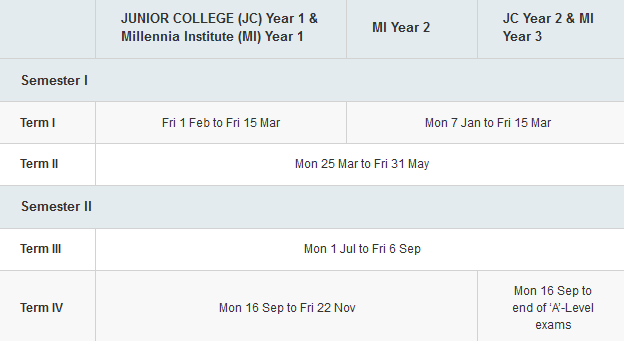 The second term of junior colleges will begin from March 25 and end on May 31. The schedule of third term will be from July 1 to September 6 while the fourth term will continue from September 16 to November 22.

In addition to this, there will be three scheduled school holidays in 2019.