Modi’s policy implementation not going as fast as he liked: GP Hinduja

The co-chairman of the Hinduja Group assessed India’s policy reform progress in a business summit address. Leading NRI industrialist GP Hinduja has said that the speed of policy implementation in the Indian economy has failed to keep pace with Indian Prime Minister Narendra Modi's vision. 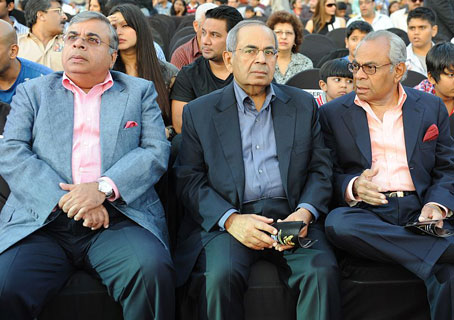 Addressing a gathering of business people and parliamentarians at a Global Business Meet on 'Invest in India' by the Indo-European Business Forum (IEBF) at the House of Lords complex in London yesterday, the 77-year-old co-chairman of the multi-billion-dollar Hinduja Group said that British-Indians like him are committed to the country.

"Modi sahib's targets, his objectives, his aims are very good. But the implementation is not going at the same speed as what he would have liked... but we British-Indians here are committed to India," he said.

Describing Britain's decision to leave the 28-member bloc European Union (EU) in a referendum last year as the biggest economic uncertainty of the day, he said, "Brexit has really made the UK government weak. Without this uncertainty, the economic conditions would have been much better,” PTI reported.

"Whether it goes hard or soft, both ways Brexit will be a problem because geographically the UK is connected to Europe".

The meet included an annual award ceremony, with Indian minister of state for social justice and empowerment Vijay Sampla being conferred the IEBF Social Empowerment Award and Telugu actor and Jana Sena Party president Pawan Kalyan being honoured with an Excellence Award.

The event marked the launch of a new report on Asian- owned businesses in London 'Spotlight on Asian Business: Their contribution to London 2017', backed by the Federation of Indian Chambers of Commerce and Industry (FICCI).

"The report surveyed over 203 Asian businesses in London, which contribute nearly 15,000 jobs and close to 2.7 billion pounds in turnover. Of them, 50 per cent are looking to export in the coming year and one-third are owned by women," said Vijay Goel, London-based solicitor and founder of IEBF.

"This report highlights the continued attractiveness of London to Indian businesses for investment and growing their international operations. After Brexit, we expect business between India-UK and India-Europe to multiply as there will be greater clarity on trade agreements," he said.

The IEBF, founded in 2007, works as a platform to promote economic ties between India and Europe, with its India chapter led by entrepreneur Sunil Kumar Gupta and former India cricket team captain Kapil Dev among its Indian advisory board members.