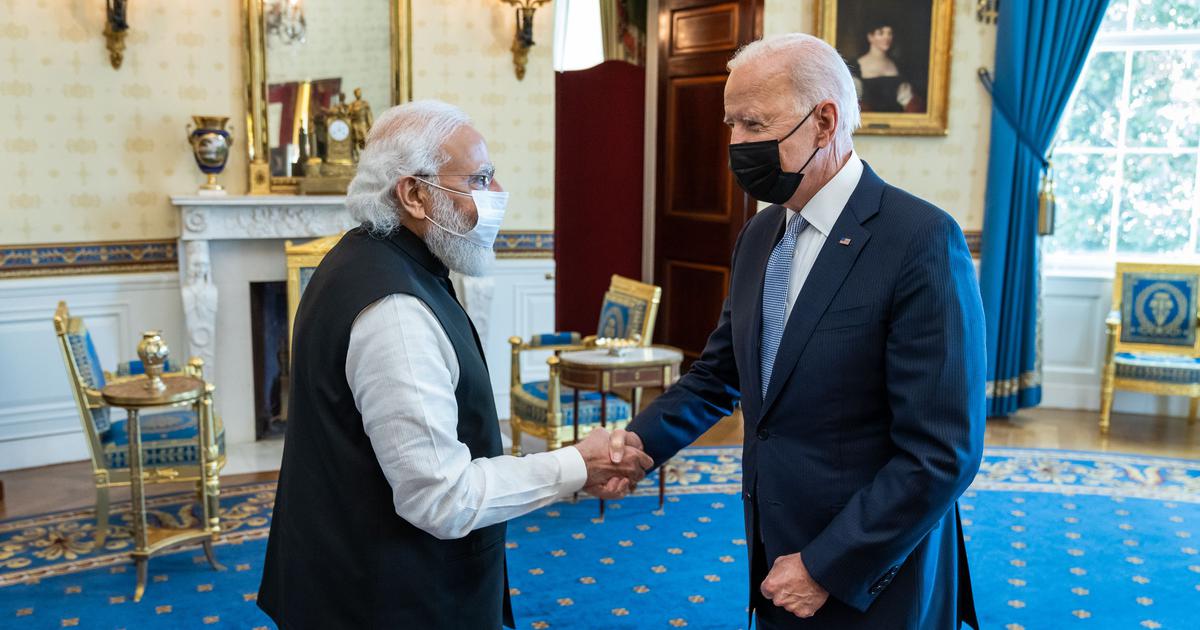 The global food and energy crisis arising out of the Ukraine conflict is likely to figure prominently in the talks. Photo courtesy: Twitter/@POTUS

The leaders are expected to discuss joint economic projects to bolster economic cooperation under the framework of the coalition.

The grouping is known as 'I2U2' with the I's standing for India and Israel and U's for the US and the UAE.

The global food and energy crisis arising out of the Ukraine conflict is likely to figure prominently in the talks.

"The leaders will discuss the possible joint projects within the framework of 'I2U2' as well as the other common areas of mutual interest to strengthen the economic partnership in trade and investment in our respective regions and beyond," the Ministry of External Affairs (MEA) said on Tuesday.

The I2U2 grouping was conceptualised during the meeting of the foreign ministers of the four countries held on October 18 last year.

India's bilateral strategic ties with each of the three countries are on an upswing in the last few years.

In October 2021, a meeting of the foreign ministers of the four countries took place when External Affairs Minister S Jaishankar was visiting Israel. At that time, it was called the ‘International Forum for Economic Cooperation’. This time, the meeting will take place at the level of heads of government/state — an upgrade.