Indian Prime Minister Narendra Modi held a meeting with Russian President Vladimir Putin on the sidelines of the Shanghai Cooperation Organisation (SCO) being held in the historic city of Samarkand in Uzbekistan. 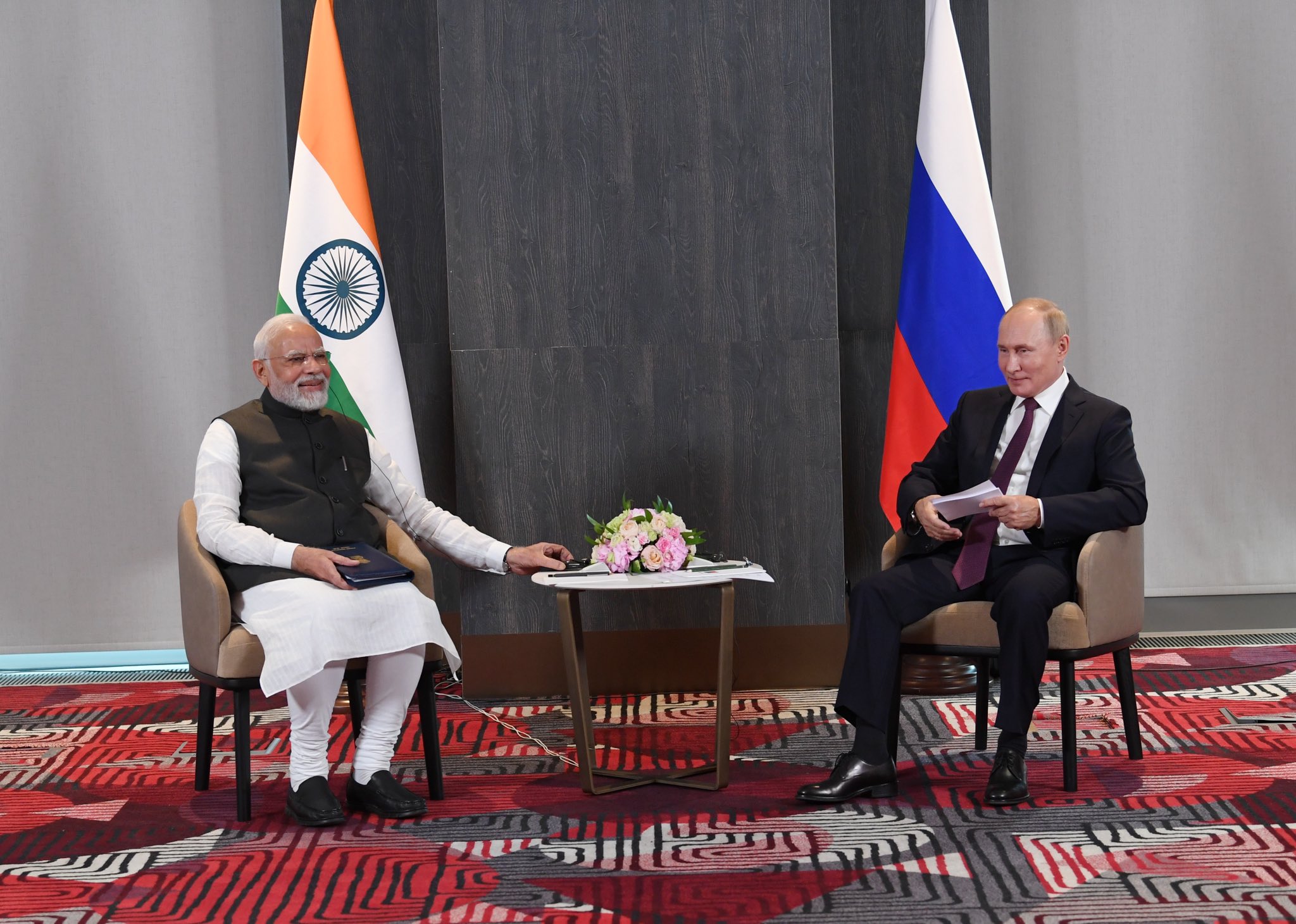 Modi told Putin that it is no more an era of war and raised food, fertiliser and fuel security among the major concerns of the world at the moment. Photo courtesy: Twitter/@narendramodi

It is the first meeting between the two leaders since Russia waged a war on its eastern neighbour Ukraine in February this year. The two leaders reportedly discussed the ongoing war, besides bilateral, regional and other global issues.

Modi told Putin that it is no more an era of war and raised food, fertiliser and fuel security among the major concerns of the world at the moment.

"I know that today's era is not an era of war, and I have spoken to you on the phone about this," Modi told Putin.

Putin replied that he understood Modi's concerns about the war. "I know about your position on the conflict in Ukraine, and I know about your concerns. We want all of this to end as soon as possible. We will keep you abreast of what is happening there," Putin was quoted as saying.

Later in a statement, the ministry of external affairs said the two leaders appreciated the sustained momentum in bilateral ties, including contacts at various levels. “President Putin expressed appreciation for PM's video-message at the Eastern Economic Forum in Vladivostok earlier this month,” the MEA said.

“New Delhi has not yet spoken out against Moscow for its invasion of Ukraine at any global forum as it continues to push for resolution of the crisis through dialogue.”

Before this, Modi held a meeting with Turkey's President Recep Tayyip Erdogan on sidelines of SCO summit in Samarkand during which they discussed ways to deepen bilateral cooperation in diverse sectors.