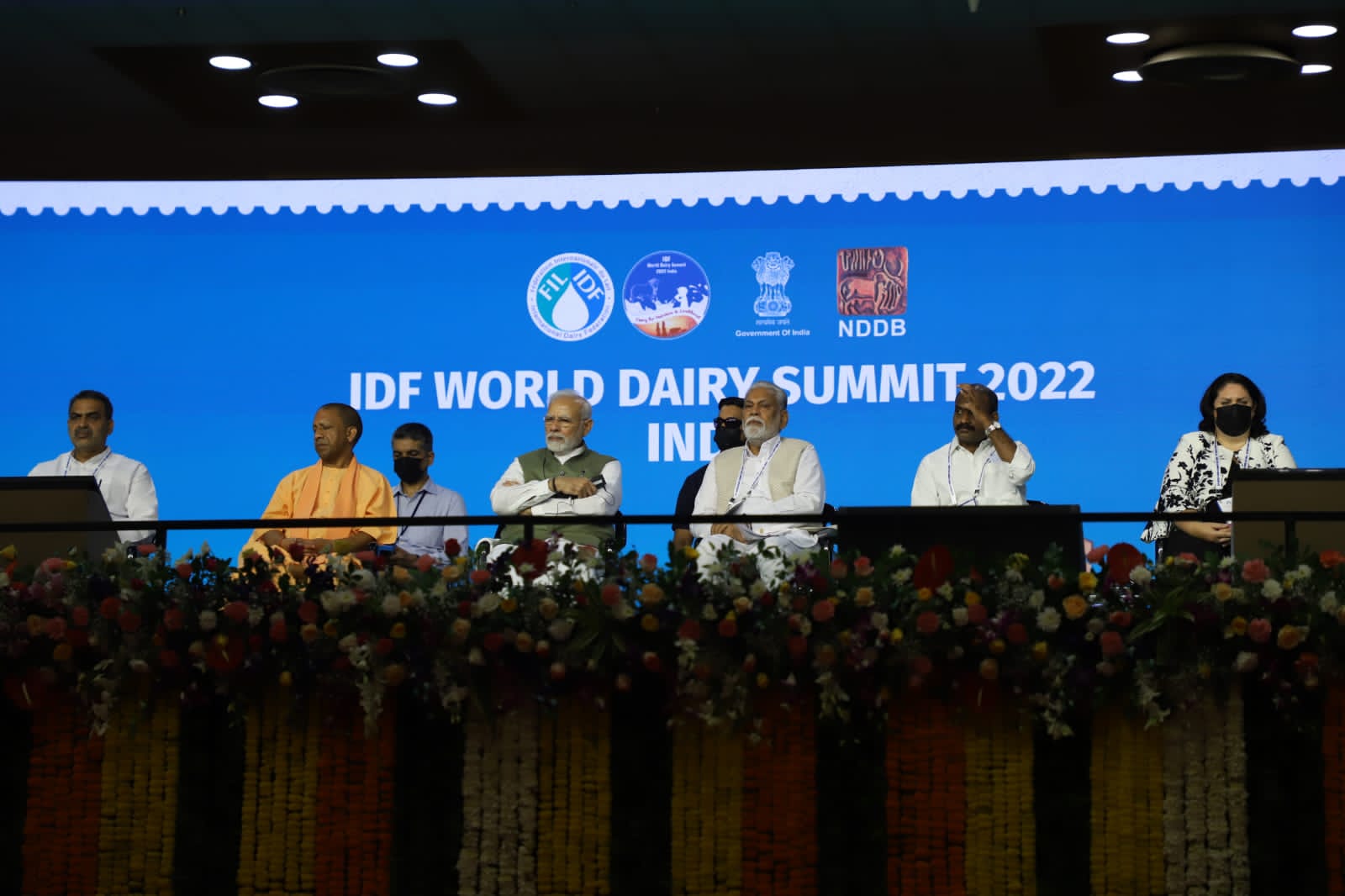 Around 1,500 participants from 50 countries are expected to participate in IDF WDS 2022. Photo courtesy: Twitter/@idwds2022

The summit was a milestone for global and Indian dairy stakeholders and was also attended by Home Minister Amit Shah, CM Yogi Adityanath, and many central ministers and chief ministers of other states.

The inauguration took place at the India Expo Centre & Mart. It is a four-day summit and is a congregation of global and Indian dairy stakeholders, including industry leaders, experts, farmers, and policy planners centering around the theme 'Dairy for Nutrition and Livelihood'.

Uttar Pradesh Chief Minister Yogi Adityanath took stock of the preparations for the event. Meanwhile, on reaching Greater Noida, the CM also inspected the under-construction Noida International Airport in Jewar and carried out a review meeting with the officials.

Around 1,500 participants from 50 countries are expected to participate in IDF WDS 2022. The last such summit was held in India about half a century ago in 1974, it said. "The Indian dairy industry is unique in the sense that it is based on a cooperative model that empowers small and marginal dairy farmers, especially women," the Prime Minister's Office (PMO) noted.

"Driven by the vision of the Prime Minister, the government has taken multiple steps for the betterment of the dairy sector, resulting in an increase of milk production by more than 44 per cent in the last eight years," it added.

The success story of the Indian dairy industry, accounting for about 23 per cent of global milk, producing around 210 million tonnes annually, and empowering more than 8 crore dairy farmers, will be showcased at IDF WDS 2022, the PMO said.  The summit will also help Indian dairy farmers witness global best practices.