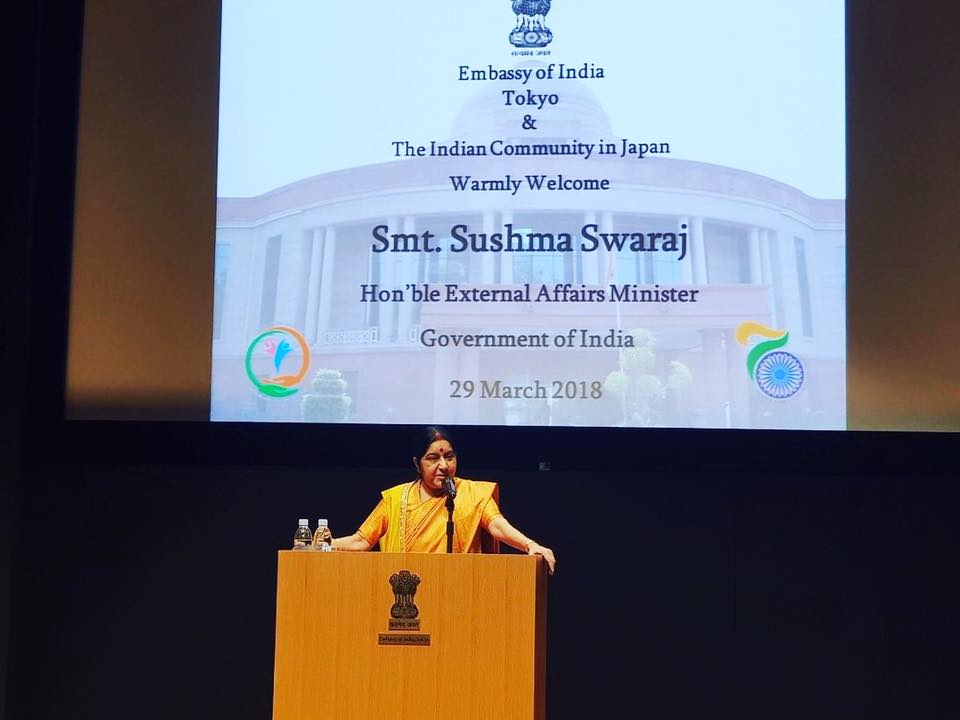 Swaraj arrived in the island nation yesterday on a three-day visit for the Ninth India-Japan Foreign Minister’s Strategic Dialogue in Tokyo.

“The two sides will review all aspects of bilateral relations and exchange views on regional and international issues of common interest,” a Ministry of External Affairs (MEA) statement said.

India and Japan concluded a Special Strategic and Global Partnership during the landmark visit of Prime Minister Narendra Modi to Japan in 2014. Bilateral relations have been strengthened in diverse sectors in recent years, the MEA added.

Addressing the gathering at the Vivekanand Cultural Centre in Tokyo, the EAM also lauded the contribution of the diaspora for strengthening the bond with Japan and creating a positive image about India in Japan.

“India-Japan relations are stronger than before, a major reason for this is Prime Minister Modi's and Prime Minister Shinzo Abe's friendship. India's relations with Japan have strengthened under the leadership of PM,” Swaraj said.

A strategic dialogue co-chaired by Swaraj and Kono is scheduled to take place today as well. Swaraj is on a three-day visit to Tokyo from March 28-30, 2018.

The MEA further said that the visit of Japanese Prime Minister to India in 2017 gave 'fresh impetus' to the bilateral ties between the two countries.