Many Non-Resident Indians’ (NRIs) have been playing an active role in developing villages in India by either adopting a whole village or facilitating development by championing projects that have led to the implementation of modern technology and increased the flow of information into rural India. 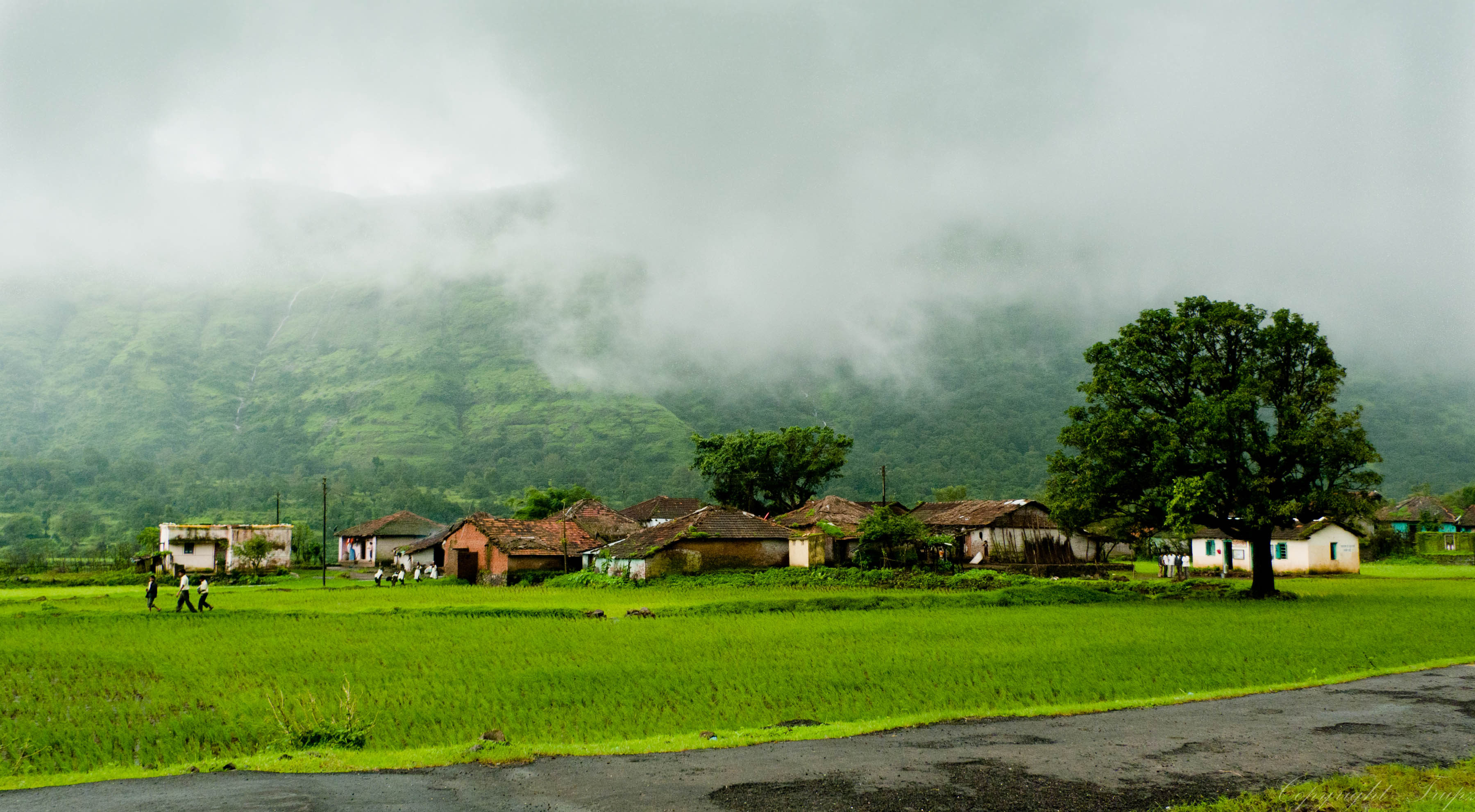 NRIs contributing to rural modernisation is nothing new, with US-based couple Aravinda Pillalamarri and Ravi Kuchimanchi’s 1998 journey from the US to the Adivasi heartland of the Narmada Bachao Andolan a case in point.

“If we look at budgets and development plans we find it is highly skewed towards the urban areas and plans for urgently needed local projects like watershed management in the rural areas just don't get a fair share,” Aravinda said.

Their tale inspired the Shahrukh Khan-starrer Swades, a film about an NRI who is the ultimate village moderniser. Bollywood movies notwithstanding, the advent of social media and broadband internet is what allowed the NRI village phenomenon to go viral.

Punjab, Telangana, Gujarat, Maharashtra and Kerala are among the states who have benefitted from increased NRI involvement in Indian villages, an initiative also encouraged and coordinated by the Indian federal government. 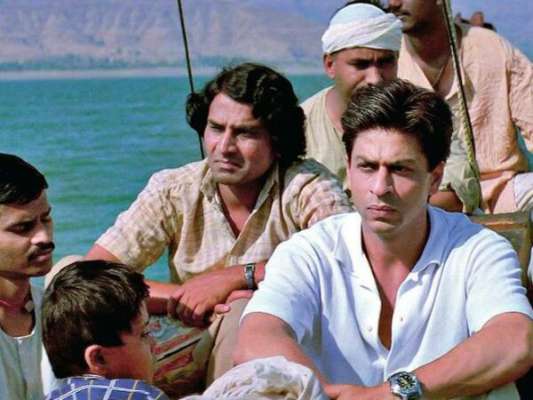 US-based couple Aravinda Pillalamarri and Ravi Kuchimanchi’s 1998 journey from the US to the Adivasi heartland of the Narmada Bachao Andolan inspired the Shahrukh Khan-starrer Swades. Photo courtesy: YouTube

Modi also championed the scheme for Members of Parliament (MPs) to adopt villages across the nation, inviting Indians across the world to follow suit.

NRI organisations, non-profits and non-government organisations (NGOs) across the world have jumped on the bandwagon, with the ‘Big Ideas for Better India’ conference organised by the Overseas Volunteer for Better India (OVBI) in Silicon Valley in 2017 making a resolution to get NRIs in the US to adopt 500 villages across India.

"We are bringing together geoscientists, agricultural experts and entrepreneurs to help double the income of farmers by 2022," he added.

The conference’s rural development resolution is one of many made by different groups and corporate bodies in India and abroad that come in different variations. They are attracted by the hidden potential in the rural economy. Gujarati village of Dharmaj for example has 13 banks in the hamlet of around 11,000 people who collectively hold deposits totalling USD 139.24 million (INR 1,000 crore). 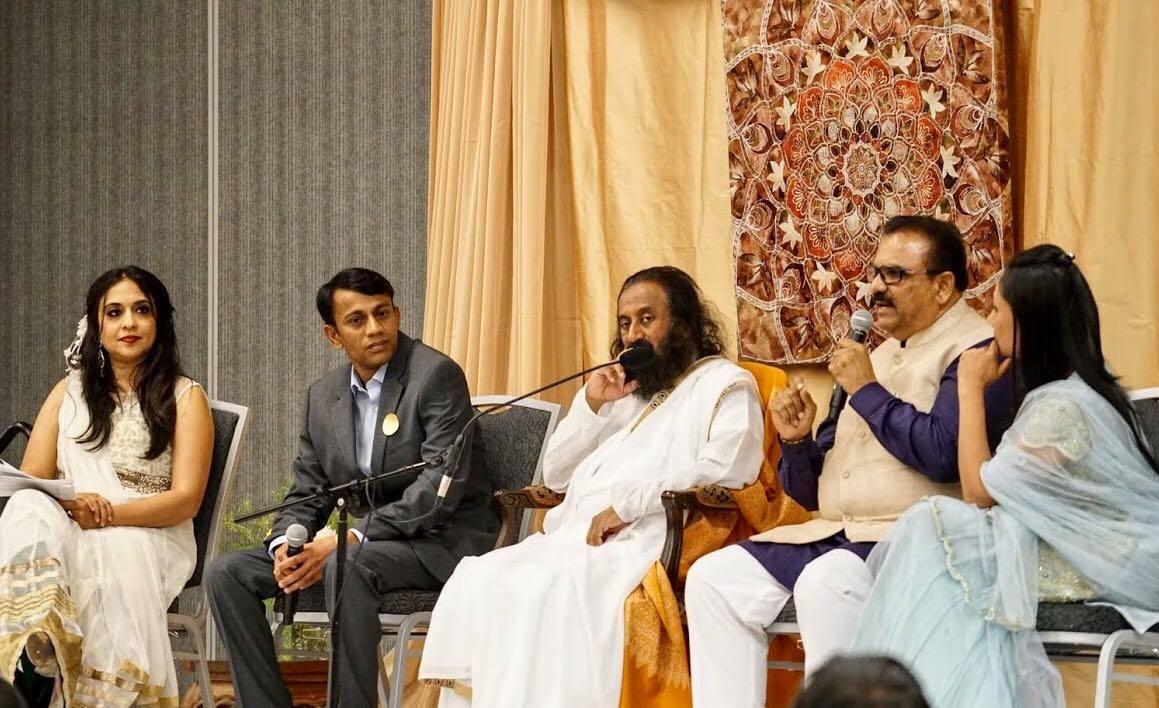 The ‘Big Ideas for Better India’ conference organised by the Overseas Volunteer for Better India (OVBI) in Silicon Valley in 2017 planned to get NRIs in the US to adopt 500 villages across India. Photo courtesy: OVBI

For the past several decades, NRIs from this village settled in Britain, Canada, Australia and New Zealand have been depositing money in the banks and post offices, making it one of the richest and most literate villages in the country without any welfare or government schemes.

While Dharmaj is an outlier, the nature of infrastructure development across villages in Punjab is a perfect example of how NRIs and social media contribute to making village life more up-to-date.

This ‘silent revolution’ began in Bal Kohna, a village in Nakodar area of Jalandhar district, when local resident Paramjit Singh shared pictures of villages where a sewer system was being installed on the lines of the ‘Seechewal Village Model’ with NRIs from the village and got them to come forward with offers of help.

“A village development committee was set up to accept the contributions – all through cheques. The village got a proper sewer system in four months,” added Paramjit.

The idea of getting NRIs to help with donations and technology caught on across the state with Padma Shri awardee Seechewal and his team also pitching in.

Seechewal, who has three teams comprising 70-80 activists each for labour work with machinery and tractors contributed by NRIs and environment activists, says his only aim is to keep the environment clean. 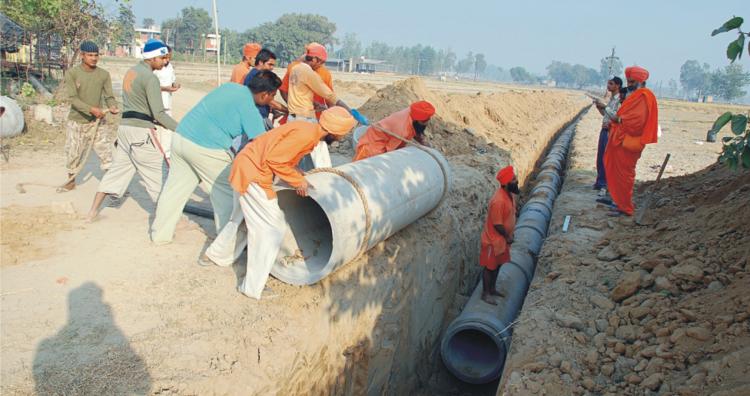 A sewer system was being installed on the lines of the ‘Seechewal Village Model’. Photo courtesy: nirmalkuteya.com

“Most of the work has been done in the past few years. We don’t charge for labour done by our team if there is a paucity of funds in any village,” he said.

The Punjab Department of NRI Affairs recently launched a platform enabling contributions for development of villages and rural/urban areas accesible to NRIs and other organisations.

Rural improvements made through NRI efforts include modernising school facilities, setting up vocational training programmes in villages or simply making a village productive. The growing efforts of Indians abroad have resonated with their fellow countrymen at home across the whole economic and political landscape, leading to a massive push for urbanisation and rural development.