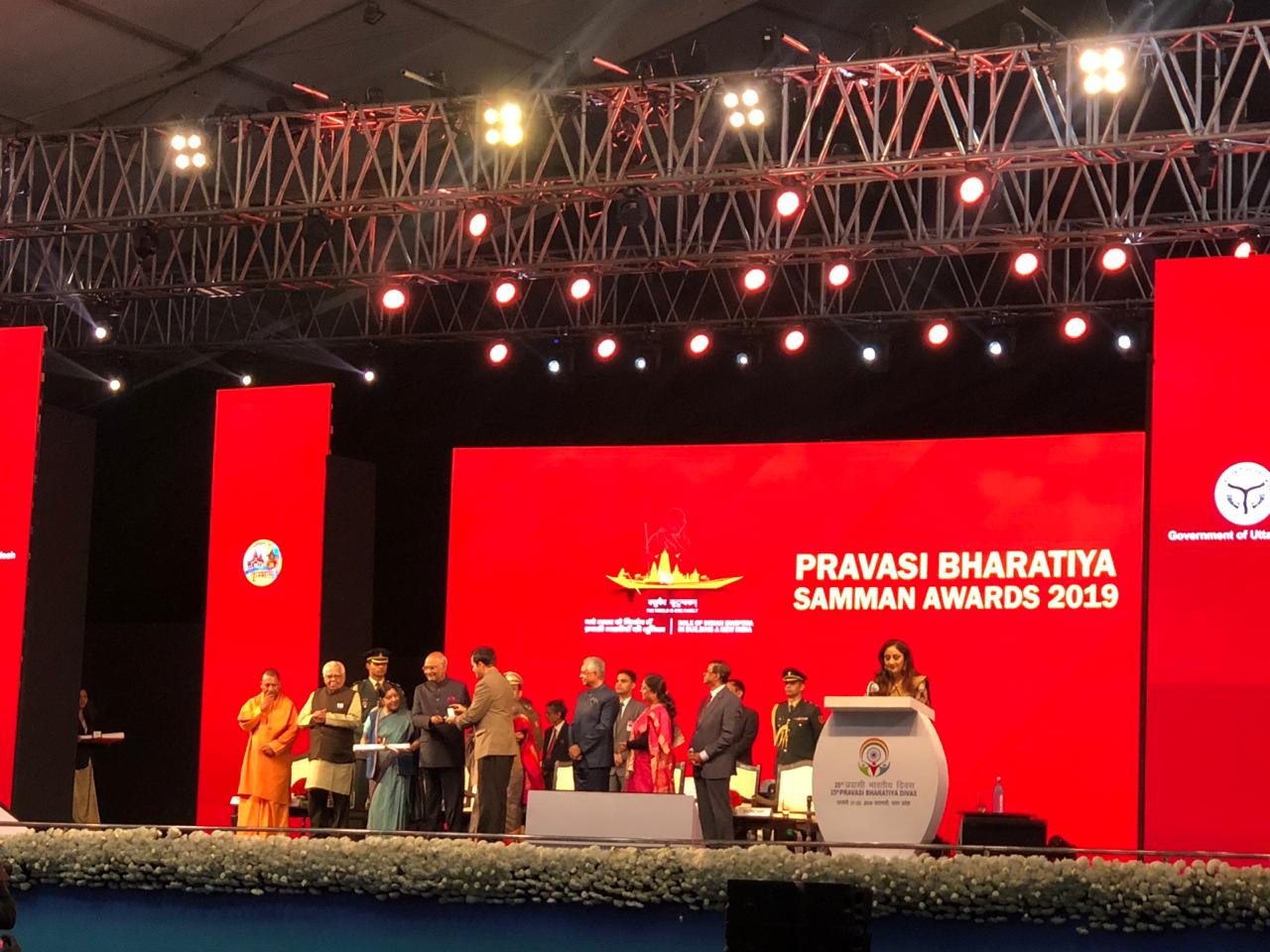 The Pravasi Bharatiya Samman Award is the highest honour given by India to the diaspora across the world. Photo courtesy: Twitter/@PBDConvention

India’s Ministry of External Affairs has invited nominations for the Pravasi Bharatiya Samman Award, the country’s highest honour for the Indian diaspora, for the year 2021.

These awards are conferred upon prominent Non-Resident Indians (NRIs), Persons of Indian Origin (PIOs) or organisations established and run by NRIs/PIOs. An individual or organization can also nominate themselves for the Award.

Press Release on "Nominations for Pravasi Bharatiya Samman Awards - 2021.
The press release and nomination form are available at: https://t.co/KQn4VMAa4X pic.twitter.com/d0XoaC8104

A maximum of 30 awards will be given out at the Pravasi Bharatiya Sammelan, scheduled to be held in January 2021 in India.