There is good news for tech enthusiasts as Microsoft’s holographic headsets HoloLens has made its debut in Singapore, announced the technology giant today.

This headset is the first fully self-contained holographic computer running Windows 10 operating system and is now available in 41 countries. 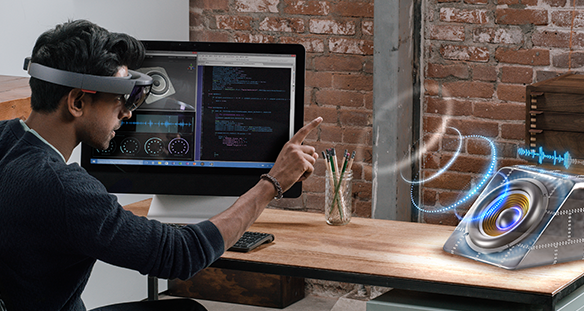 “Microsoft first announced HoloLens in January 2015 and shipped to developers and commercial partners in the United States and Canada on March 31, 2016. The company continues to invest in technologies that are enabling the broader ecosystem to create for mixed reality worldwide,” said Microsoft in a media release.

“Mixed reality has the potential to help customers and businesses across the globe and in Singapore do things that, until now, have never been possible,” said Veronica Chiu, Windows and devices business group lead, Microsoft Singapore.

“Mixed reality experiences will help businesses and their employees to complete crucial tasks faster, safer, more efficiently, and create new ways to connect to customers and partners,” she added.

Microsoft HoloLens is available in Singapore in two configurations - the Developer Edition and Commercial Suite - with the former's retail price at SGD4,388 while the latter is SGD7,288. The device can be ordered on the Microsoft Store, the company said.

Features that are only available for the more expensive Commercial Suite option include mobile device management, controlled OS updates, data security and access management, it added.

“Microsoft and their education partner, Serl.io, are key partners in this effort to bring mixed reality experiences to students and the public through Microsoft’s HoloLens,” said the technology giant in the release.