Your late night rum and raisin ice cream craving will no longer have to go unsatisfied.

The Ministry of Home Affairs (MHA) has announced that it will be relaxing liquor laws on food products containing alcohol. Examples of such food products include rum and raisin ice cream with higher alcohol content.

In a press statement on Thursday, January 17, MHA said the decision was made following feedback from the public and industry. "Consumers were unlikely to abuse" those products, MHA added.

Liquor Control (Supply and Consumption) Act (LCA) was enacted in 2015 to restrict the sale hours of liquor at retail outlets and consumption of liquor in public places. The LCA applies to all products containing more than 0.5% alcohol. 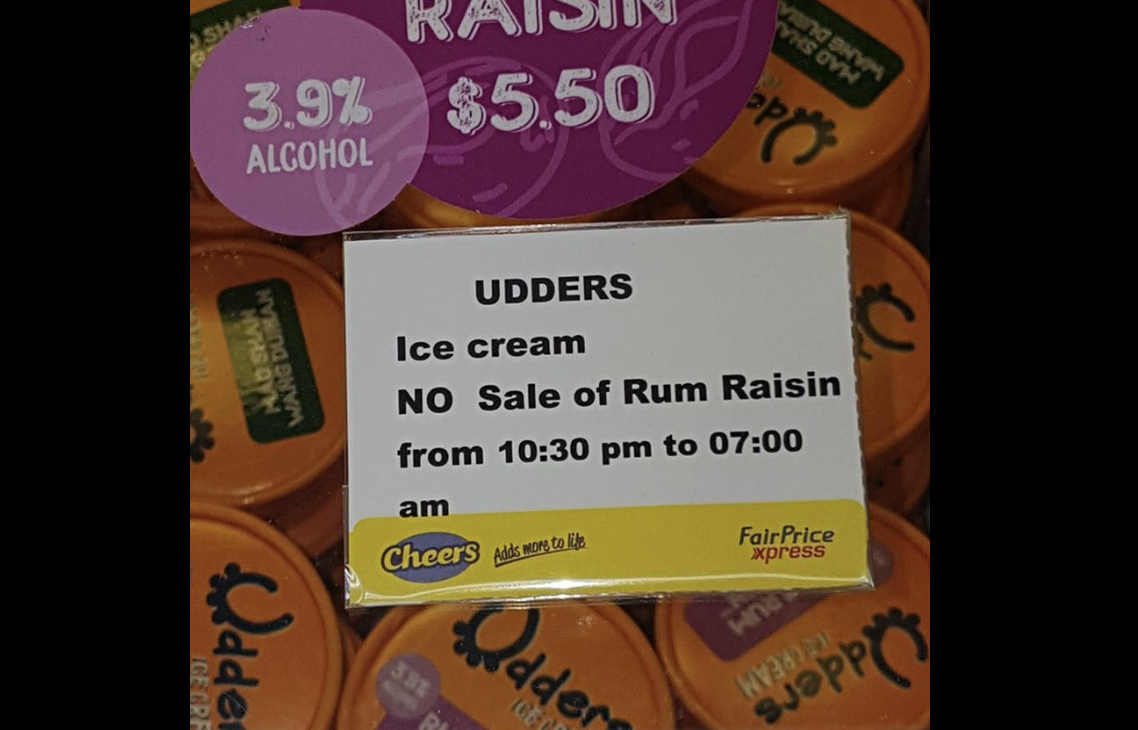 In consultation with the Ministry of Trade and Industry, MHA will be exempting all other food products – except beverages – from the licensing requirements of the LCA. These exemptions will take effect from January 18.

With this change, except for beverages, all other food products containing alcohol can be sold and consumed after 10.30pm in public places. Beverages will continue to be regulated given the significantly higher risk of abuse, MHA said.