Men's Hockey World Cup, 2023 got underway with a spectacular opening ceremony at the picturesque Barabati Stadium in Cuttack that was witnessed by thousands of hockey lovers in attendance from across the country and abroad. 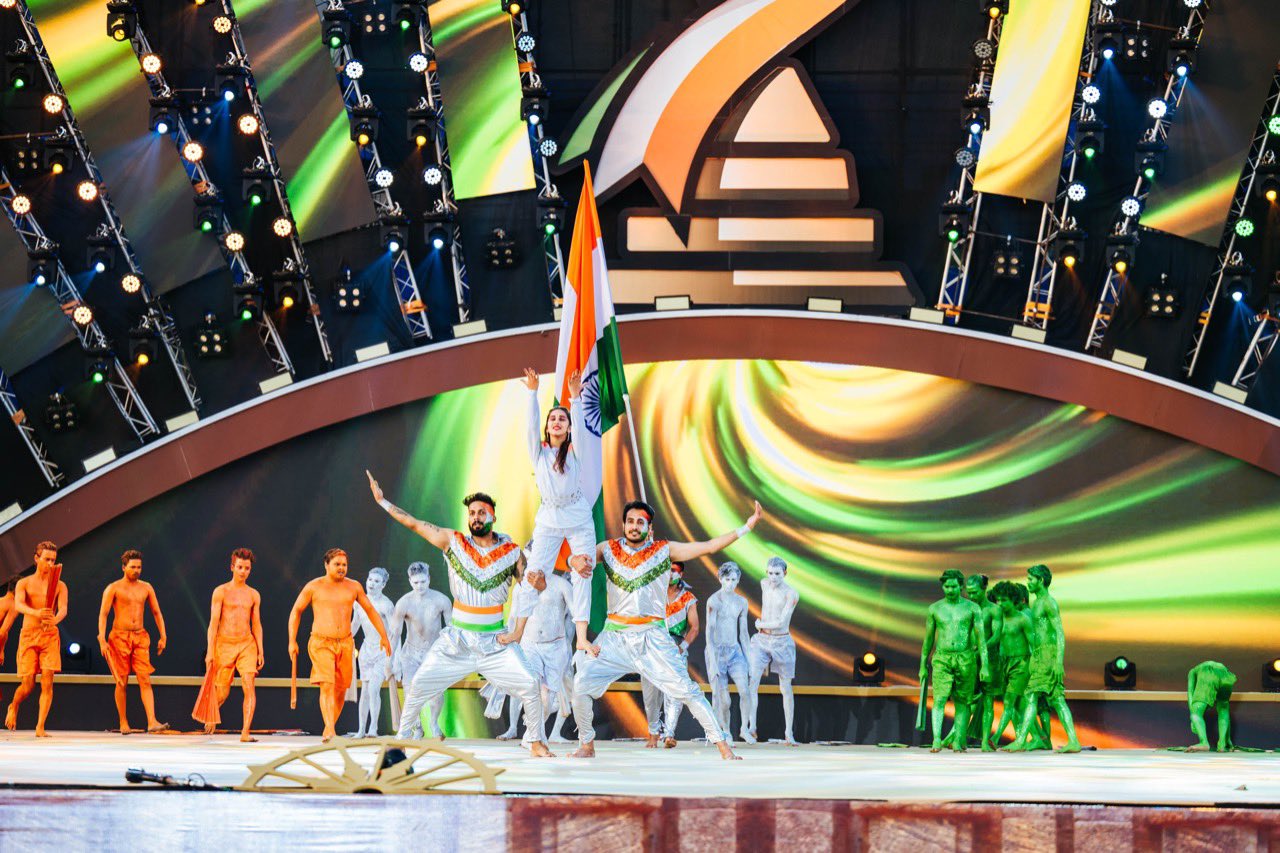 The hour-long opening ceremony was preceded and succeeded by colourful cultural programmes that mesmerised the packed audience. Photo courtesy: Twitter/@ianuragthakur

Ikram, in his address, complimented Odisha for hosting the mega event twice consecutively, the last one being in 2018, and called the state the "Land of Hockey".

Thakur thanked the Odisha government for successfully hosting the event in grandeur and said the enthusiasm of the people of India and the state showed their love for the game.

He said the Centre will always extend support to states for hosting such sporting events.

Patnaik said Odisha has long been known for its hospitality and hoped every visitor takes back good memories of their stay in the state.

The hour-long opening ceremony was preceded and succeeded by colourful cultural programmes that mesmerised the packed audience.

The celebration began with a stunning tribal dance art of the state, which was a fusion of at least six local dance forms choreographed by eminent dance guru Aruna Mohanty.