The Indian cricket team’s ‘away’ jersey was unveiled on Friday by the team’s kit manufacturer Nike.

Presenting #TeamIndia's Away Jersey 🤩🤩🇮🇳🇮🇳 What do you make of this one guys? #TeamIndia #CWC19 pic.twitter.com/TXLuWhD48Q

The new jerseys have more orange in them along with blue - the reverse of the regular kit, which is primarily blue with some orange. This kit will be worn by Team India in the clash against England on June 30. 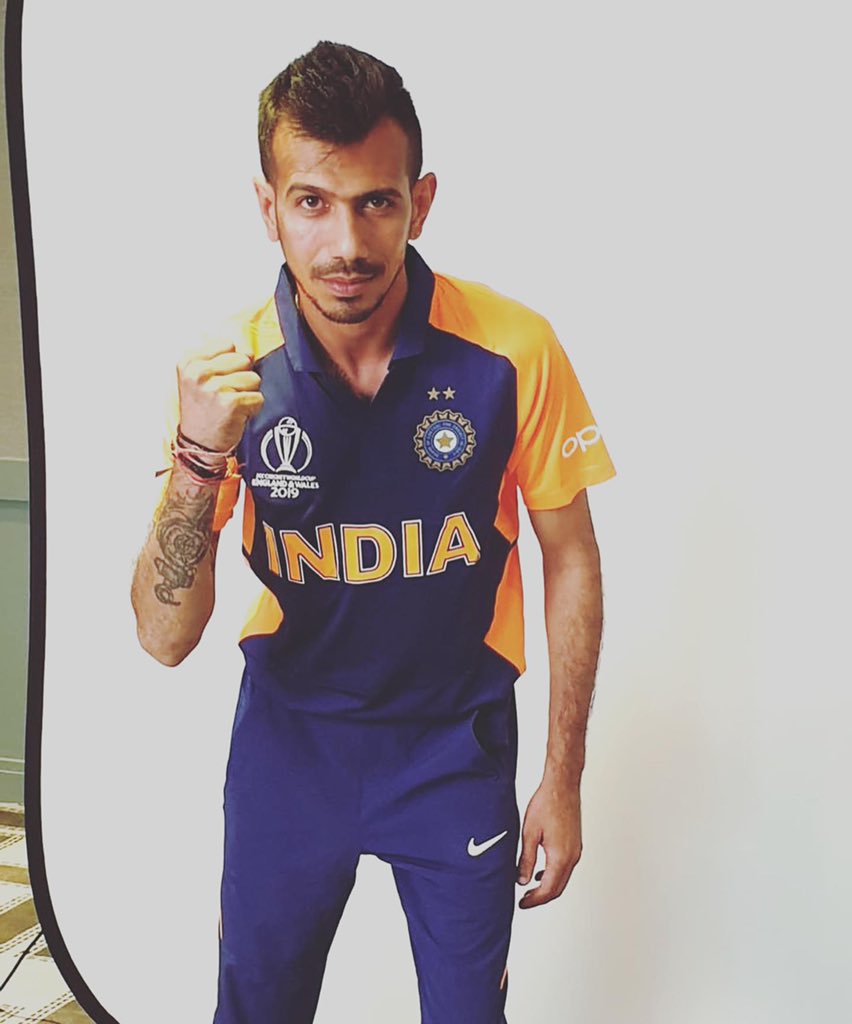 "The ODI and Away Kit designs launched this year are inspired by the young new generation of India and the fearless spirit of the national teams," Nike said in a statement.

What do you think of this kit? 💥 #TeamIndia | #CWC19 pic.twitter.com/Bv5KSfB7Uz

The ICC had announced before the start of the World Cup that teams were to sport home and away jerseys in the tournament.

The ICC rule reads: "For televised ICC events all participating teams will be required to provide for two different coloured kits, except for the host country who has preference in the choice of colour and may, if it chooses to do so, provide only one coloured kit to be worn in all matches throughout the event. In advance of the event, the teams will be notified which coloured kit will be worn in each match."

South Africa who usually wear green jerseys with yellow, wore the reverse i.e. dominantly yellow jerseys with patches of green in their clash against Bangladesh. Similarly, Afghanistan who generally sport blue jerseys, wore kits with areas of red added to the blue.

Australia (yellow), New Zealand (black) and West Indies (maroon) have been exempt from the away kit rule as they were deemed to already have uniquely coloured jerseys.