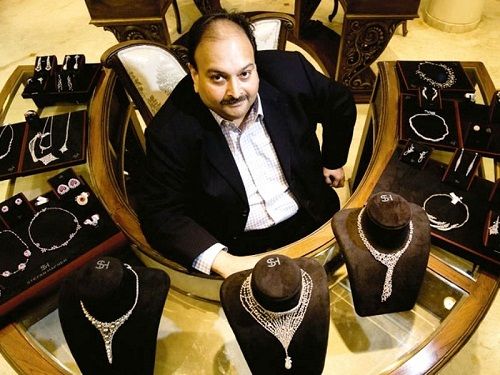 Choksi and his nephew Nirav Modi are accused of defrauding the Punjab National Bank (PNB) of INR 130 billion in connivance with bank officials by fraudulently getting Letters of Undertaking and Foreign Letters of Credit.

As part of the operation, the ED has seized three commercial properties in Dubai, valuables, a Mercedes Benz E280 and a fixed deposit account controlled by Choksi.

The properties have been attached under the Prevention of Money Laundering Act, 2002.

Choksi, who has taken refuge in Antigua and Barbuda, surrendered his Indian citizenship and passport to the authorities of that country in January.

He claims to have ‘lawfully applied’ to become a citizen of Antigua and Barbuda to expand his business interests in the Caribbean. He maintains that he left India for a medical check-up and not because of the PNB scam.

A Red Corner Notice has also been issued against Choksi on the request of the ED.

Meanwhile, his nephew and co-accused Nirav Modi is currently in prison in the United Kingdom, where he is facing extradition proceedings.