US President-elect Joe Biden’s administration is a representation of the diversity that makes up America today. Among those he has nominated are as many as 20 Indian-Americans, many in key posts. As many as 17 have been nominated to the White House and 13 of the 20 are women.

This is in addition to Kamala Harris who will become the first person of South Asia descent to be sworn in as the vice president of the United States.

Here are the Indian-Americans in President-elect Biden’s administration: 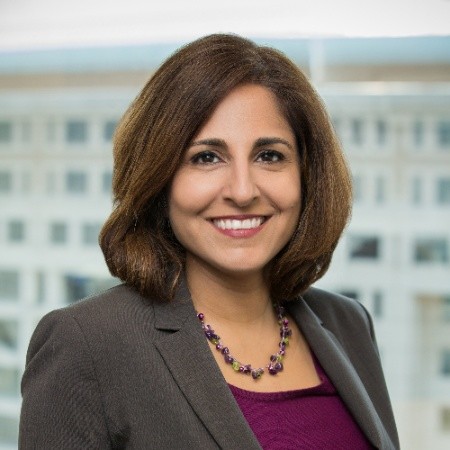 She was previously a healthcare adviser in former President Barack Obama's administration and was also an adviser for Hillary Clinton's 2016 presidential campaign.

The Office of Management and Budget will be responsible for managing the Biden administration’s budget.

Tanden started getting involved in student government when she was studying at the University of California, Los Angeles (UCLA) when she ran for her first and only elected office, for vice president of the student body of UCLA, which she won.

Dr Vivek Murthy
Nominated as the US Surgeon General 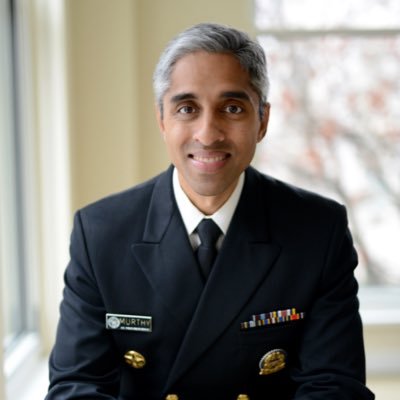 Dr Murthy will be reprising this role after having served in the position from 2014-2017. He was the 19th US Surgeon General, appointed in 2014 by then-President Barack Obama and then subsequently asked to step down by the Trump administration. Murthy, who hails from Karnataka, was the youngest ever to hold the office at the age of 37.

He is currently also the co-chair of Biden’s COVID-19 transition Advisory Board. 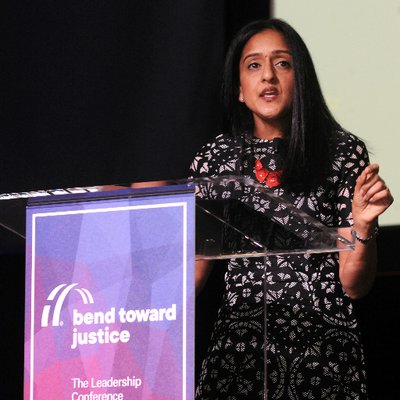 One of the best-known and most respected civil rights attorneys in America, Gupta was the Principal Deputy Assistant Attorney General and head of the Civil Rights Division at the US Department of Justice until January 20, 2017. She was appointed to lead the division and serve as the chief civil rights prosecutor for the United States by Barack Obama in October 2014.

Formerly, she was a civil rights lawyer and the Deputy Legal Director of the American Civil Liberties Union, where she oversaw its national criminal justice reform efforts. Prior to that, she was Assistant Counsel at the NAACP Legal Defense and Educational Fund. 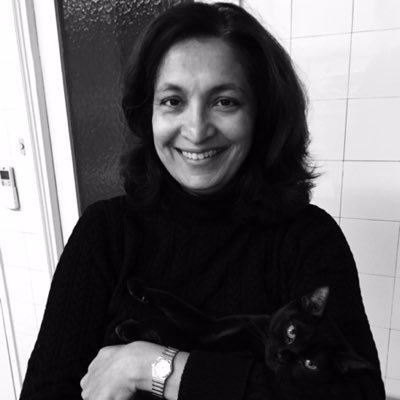 Zeya served most recently as CEO and President of the Alliance for Peacebuilding.

She has considerable diplomatic experience in Near East, South Asian, European, human rights, and multilateral affairs.

She was Chargé d’Affaires and Deputy Chief of Mission at the US Embassy in Paris from 2014 to 2017. She quit in protest against Trump’s policies in September 2018.

She joined the Foreign Service in 1990, serving in New Delhi, Muscat, Damascus, Cairo, and Kingston. From 2011 to 2012, she was Chief of Staff to the Deputy Secretary of State and has also served as Deputy Executive Secretary to the Secretary of State, Director of the Executive Secretariat Staff, and as UN General Assembly Coordinator. She is a recipient of the Légion d’honneur, France’s highest civilian honour, a Presidential Rank Award, and 15 Superior Honour and Senior Performance Awards.

She is a graduate of the Georgetown University School of Foreign Service. 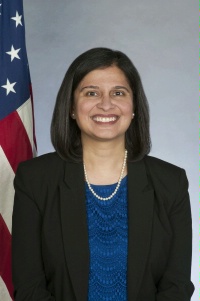 Adiga has been a senior advisor for Jill and policy advisor for Biden’s 2020 presidential campaign.

She has in the past worked for the Biden Foundation as director for higher education and military families.

During the Obama administration, she was deputy assistant secretary of state for academic programmes at the Bureau of Educational and Cultural Affairs.

She also worked in the State Department’s Office of Global Women’s Issues as chief of staff and senior adviser to the ambassador-at-large.

Verma was born in India and grew up in Ohio and the Central Valley of California. She served as an audience development and content strategist on the Biden-Harris campaign prior to which she was a volunteer with the content team, designing graphics for distribution to Biden-Harris volunteers. 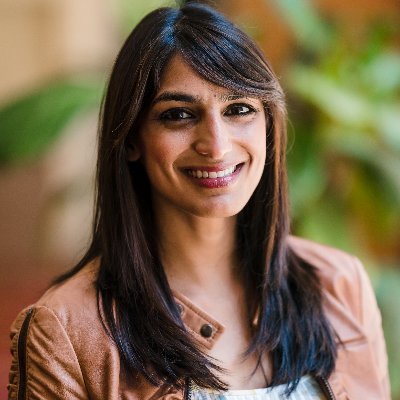 Singh was Press Secretary to Vice President-elect Kamala Harris on the Biden-Harris campaign.

She has also worked at SKDKnickerbocker, served as Communications Director for Rep. Jan Schakowsky. 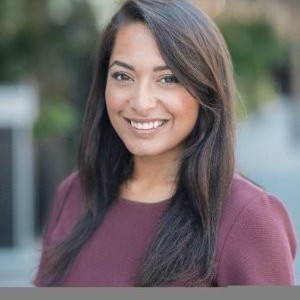 Aisha was brought up in Louisiana and graduated from Davidson College in North Carolina.

She is currently working as an advancement specialist at the Smithsonian Institution.

She has also served the Biden-Harris campaign as a digital partnership manager.

Prior to Smithsonian Institution, she was working with the Corporate Fund of John F Kennedy Center of Performing Arts as its assistant manager.

Shah also served as a strategic communications specialist at Buoy, an integrated marketing firm that specialises in social impact communications, as well as spitfire strategies, where she enabled nonprofits to use pop culture as a tool for social change.

Fazili is currently the Economic Agency lead on the Biden-Harris Transition and was earlier posted at the Federal Reserve Bank of Atlanta where she served as the Director of Engagement for Community and Economic Development.

In the Obama-Biden administration, Fazili served as a senior policy advisor on the White House’s National Economic Council and as a senior advisor at the US Treasury Department in both Domestic Finance and International Affairs. 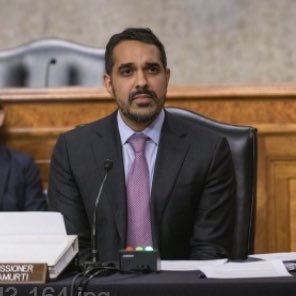 Ramamurti is the Managing Director of the Corporate Power programme at the Roosevelt Institute.

He was also appointed in April 2020 to serve on the Congressional Oversight Commission for the CARES Act by Senate Minority Leader Chuck Schumer.

Prior to this he was the top economic adviser to Senator Elizabeth Warren during her 2020 presidential campaign.

He was also senior counsel for banking and economic policy in her Senate office.

Born in Massachusetts, Ramamurti is a graduate of Harvard College and Yale Law School. 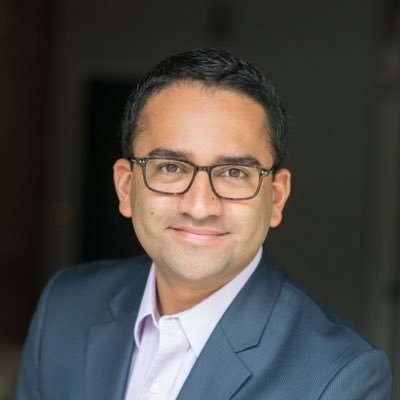 Raghavan is a first generation immigrant, who was born in India, raised in Seattle, and graduated from Stanford University.

He lives in Washington, DC with his husband and their daughter.

He is currently the Deputy Head of Presidential Appointments in the Biden-Harris Transition team.

Before this he had served as Chief of Staff to Indian-American Congresswoman Pramila Jayapal.

He has in the past been an advisor to the Biden Foundation and Vice President of Policy for the Gill Foundation - one of the oldest and largest private foundations dedicated to the cause of LGBTQ equality. 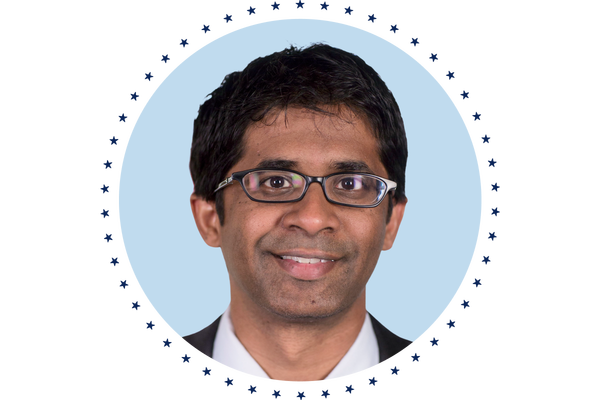 Reddy grew up in Dayton, Ohio, the middle of three sons in an immigrant family and is a product of Ohio public schools from kindergarten to Miami University to The Ohio State University College of Law.

He currently lives in New York with his wife and their two daughters.

He also previously served as chief speechwriter when Biden was vice-president during the second term of the Obama administration. He has also worked as Vice President of Strategic Communications at the National Basketball Association (NBA).

Vedant Patel
Nominated as Assistant Press Secretary to the President 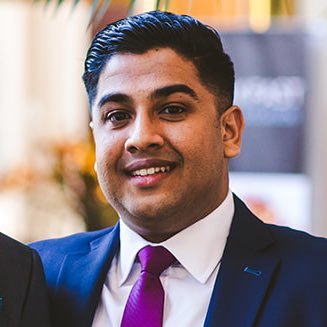 Patel is currently the senior spokesperson of the Biden inaugural committee and has been a part of the Biden campaign where he served as Regional Communications Director.

Aggarwal was born and raised in Ohio and has a masters from Stanford University in civil engineering.

She led America's Power Plan, bringing together 200 electricity policy experts, at Energy Innovation, of which she was a co-founder and Vice President. Aggarwal also directed the team that developed the Energy Policy Simulator to analyse the environmental, economic, and public health impacts of climate and energy policies

Earlier, she managed global research at ClimateWorks Foundation, where she worked on the McKinsey carbon abatement cost curves and led research for the American Energy Innovation Council.

Born in Wisconsin and raised in Minnesota, Sharma is a graduate of Harvard T.H. Chan School of Public Health and Saint Louis University.

During the Obama administration, Sharma served as a health policy advisor on the Domestic Policy Council. He supported the implementation of the Affordable Care Act, aligned Federal Department and Agencies, and collaborated with community stakeholders to further the administration's health policy agenda. He also served as Deputy Research Director with Protect Our Care, a coalition of advocacy organisations dedicated to preventing the repeal of the ACA. Since then, Sharma has advised health sector organisations on value-based care arrangements at PwC Strategy. 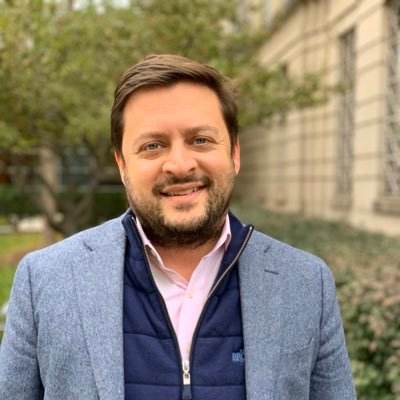 He is a senior Fellow at the Center for Security and Emerging Technology at Georgetown University and was previously a Fellow with the Project on International Order and Strategy at the Brookings Institution and a Visiting Fellow at the University of Pennsylvania’s Perry World House.

During the Obama-Biden administration, Chhabra served on the National Security Council staff as director for strategic planning and director for human rights and national security issues, and at the Pentagon as a speechwriter to the secretary of defense. 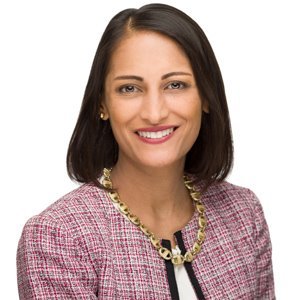 A graduate of Johns Hopkins and Georgetown University, Guha was co-chair of the South Asia foreign policy working group on the Biden-Harris campaign.

She is senior vice president at Albright Stonebridge Group.

Previously, she served in the State Department as a foreign service officer and later, on the Secretary of State’s policy planning staff where she focused on South Asia.

During the Obama-Biden administration, she was special advisor for national security affairs to Vice President Biden. 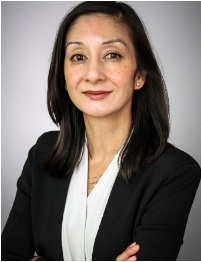 A former journalist, Kalathil is currently senior director of the International Forum for Democratic Studies at the National Endowment for Democracy.

Her work here focuses on emerging challenges to democracy.

Previously, she served as a senior democracy fellow at the US Agency for International Development.

She was also an associate with the Carnegie Endowment for International Peace.

She has also been a Hong Kong-based reporter for the Asian Wall Street Journal, and an advisor to international affairs organizations.

A New York native born to Indian immigrants, Gupta is a graduate of Harvard College and Stanford Law School.

She served as a Deputy City Attorney in the San Francisco City Attorney's Office, where she was general counsel to several city agencies, litigated constitutional and statutory challenges to city laws and administrative decisions, and participated in the office's affirmative public protection advocacy.

Previously, she clerked for Judge Michael Daly Hawkins of the US Court of Appeals for the Ninth Circuit and Judge Richard Seeborg of the US District Court for the Northern District of California.

Originally from New Jersey, Shah is a graduate of Harvard College, Cambridge University and Yale Law School. She was an associate at Latham & Watkins and a Bristow Fellow in the Office of the Solicitor General at the Department of Justice. She served as a law clerk to Justice Elena Kagan on the US Supreme Court and Judge Sri Srinivasan on the US Court of Appeals for the DC Circuit.