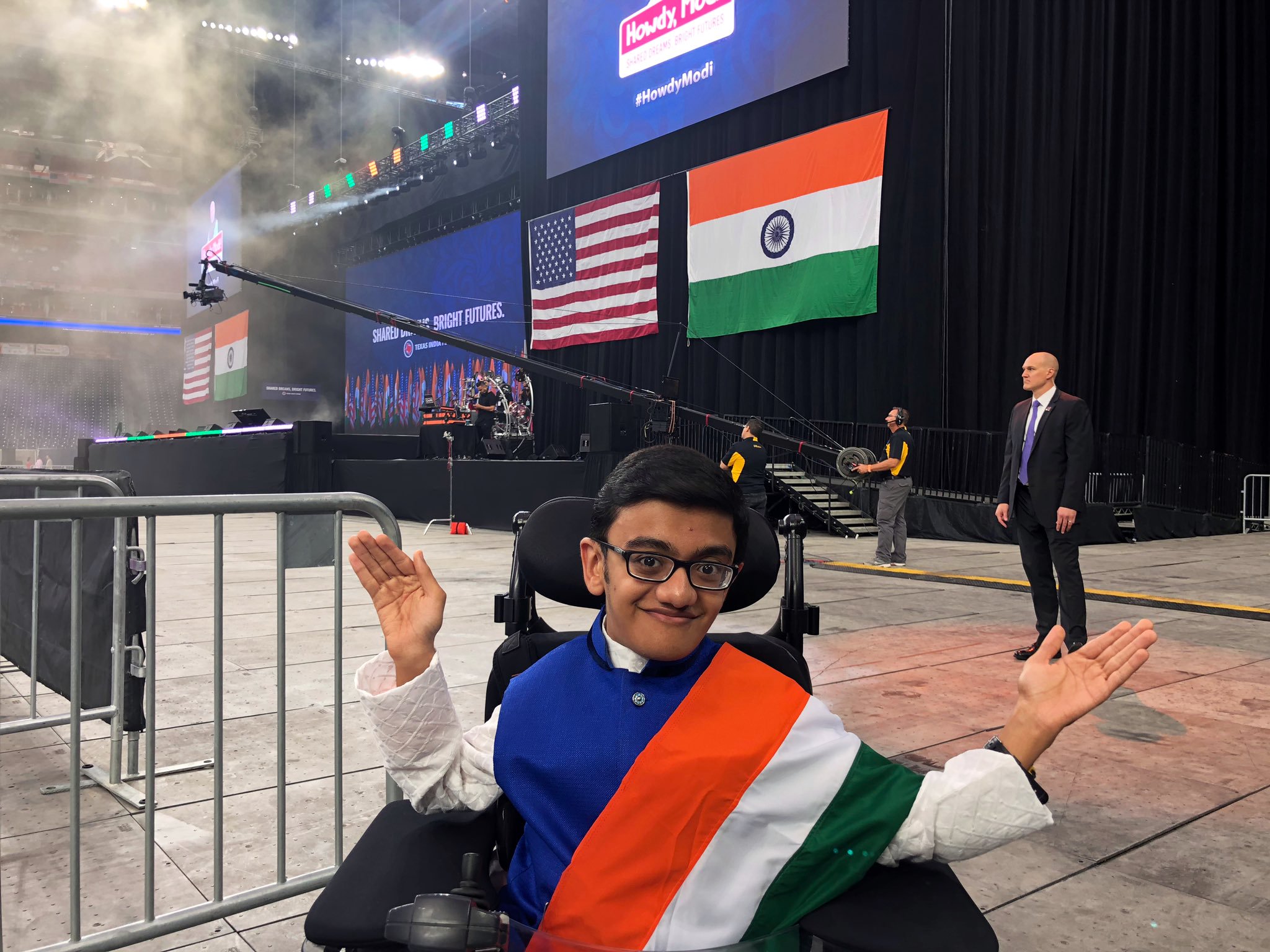 Sparsh first shot to viral fame at the age of 12 when he recorded a video covering the Eminem song ‘Not Afraid’. Photo courtesy: Twitter/@SparshPurhythm

Sparsh was one of the nearly 400 artists who performed in front of PM Modi, US President Donald Trump, and an audience of nearly 50,000 at the sprawling NRG Stadium in Houston, Texas.

“The big day has arrived…‘Howdy, Modi’, here I come! Looking forward to singing the Indian National Anthem at this prestigious event in Houston, in the presence of PM Narendra Modi, President Donald Trump, 50,000 audience members and 2 billion viewers watching it live today,” Sparsh tweeted on Sunday.

Sparsh first shot to viral fame at the age of 12 when he recorded a video covering the Eminem song ‘Not Afraid’, which has had more than 65 million views online. It was even noticed by Eminem's record label, which tweeted about Sparsh after it went viral.

A documentary named 'Brittle Bone Rapper' released in March 2018 focused on Sparsh's life journey and his fight against the disease, characterised by fragile bones that can break easily.

He has also released his first album cover as a tribute to Eminem. Called Purhythm, a style of music he invented, the proceeds from its sale will go toward his music college fund.

Are you all ready? You will be able to watch the HowdyModi program live at https://youtu.be/v6QsAVZW96E

Ranked as one of the top 10 Indian-origin child prodigies by Yahoo last year, Shah has appeared on several radio and television programmes, including Kaun Banega Crorepati.

There are many other feathers in his cap apart from music; he has memorised 250 digits of Pi, can say the 12 longest words in the English dictionary in less than 18 seconds and can speak in four different accents in English. He has written several poems, short stories, motivational/funny speeches, and acted in the developmental reading of a play called The Greatest Choice at the Crossroads Theatre in New Jersey.