Prime Minister of Mauritius Pravind Jugnauth visited the Sangam city and participated in the Kumbh Mela which is spread on the banks of Ganga and Yamuna. He was part of the PBD delegation which arrived in Prayagraj to witness the grandeur of Kumbh Mela.

He also took a holy dip in Sangam and wished for better ties with India. 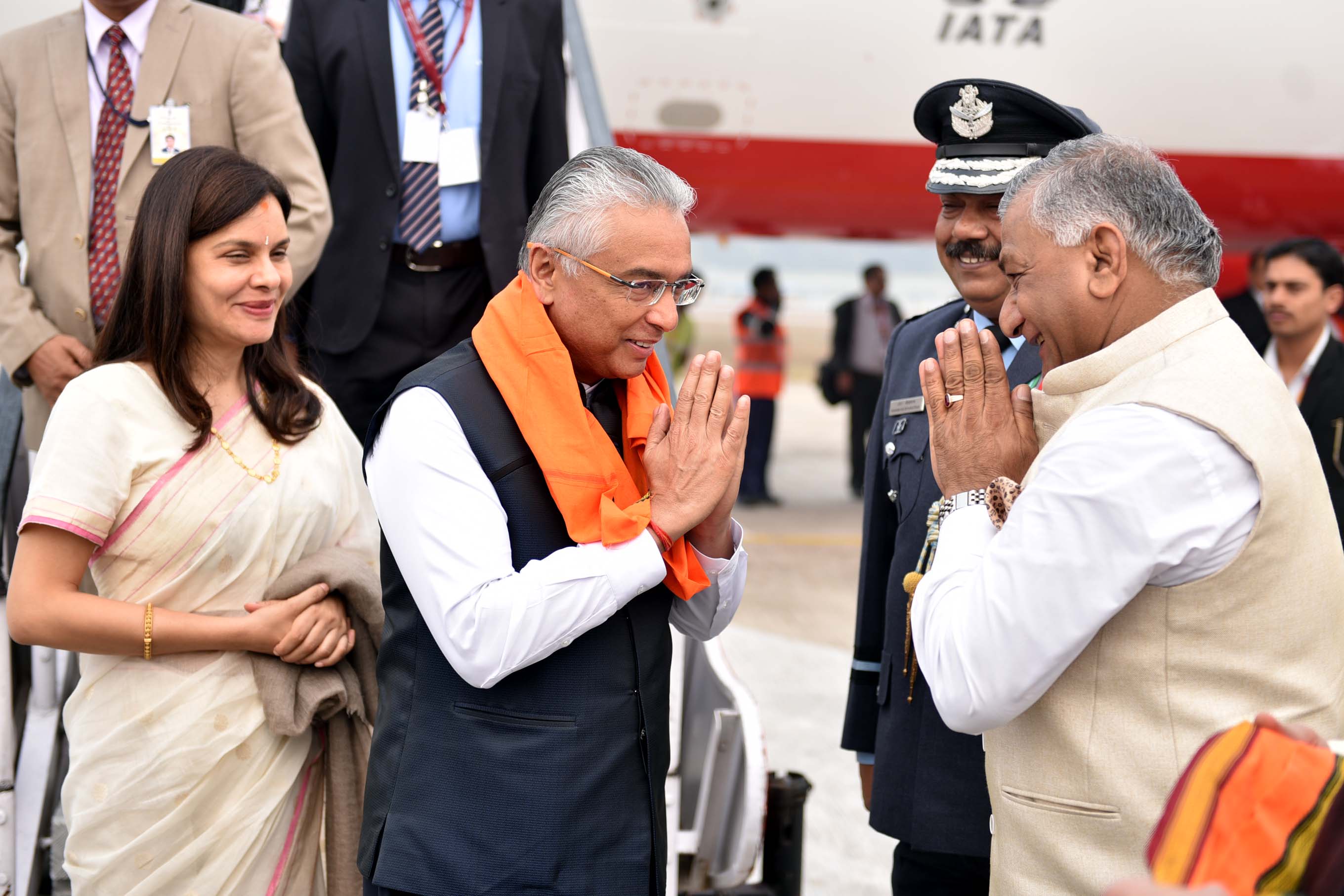 Pravind Jugnauth, Prime Minister of Mauritius being welcomed by Gen VK Singh, Indian Minister of State of External Affairs at the Bamrauli Airport in Prayagraj. Photo: Connected to India

Talking to mediapersons, Mauritius Prime Minister thanked the Indian government and Prime Minister Narendra Modi for inviting him as a chief guest of the 15th edition of the Pravasi Bharatiya Divas in Varanasi. 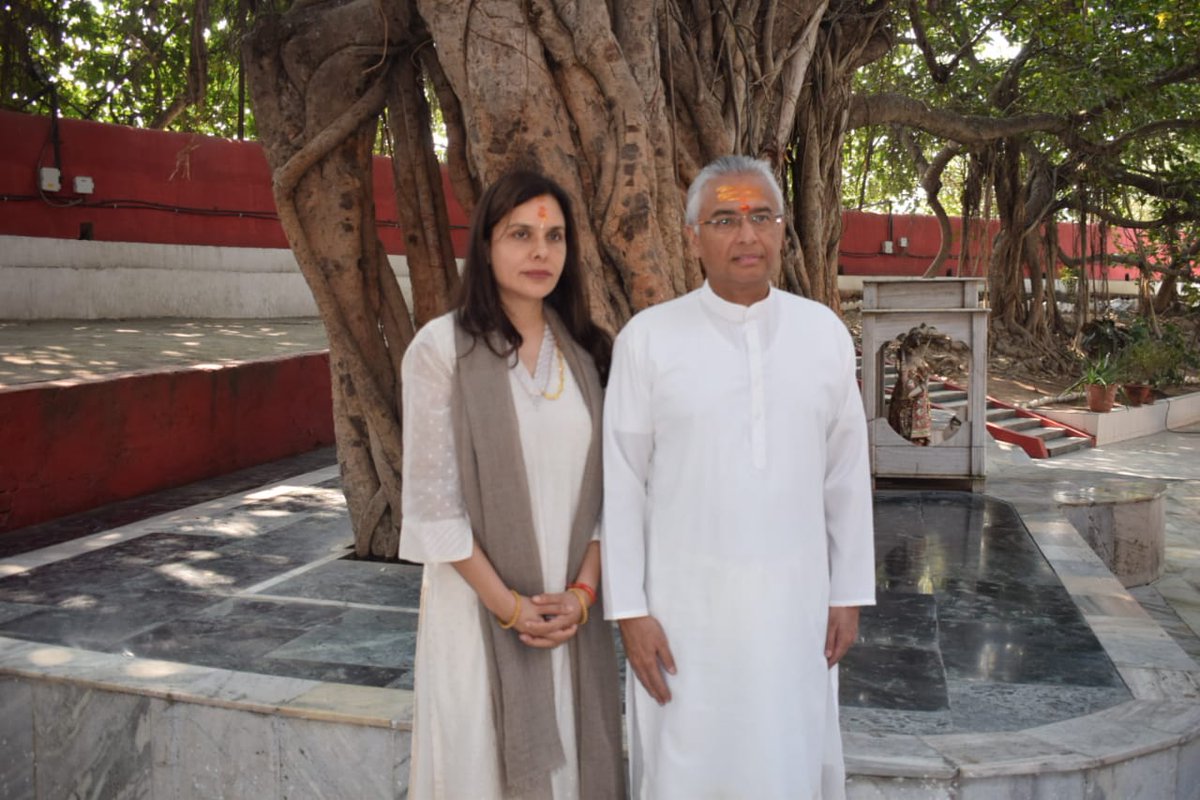 Pravind Jugnauth along with his wife Kobita Jugnauth paying obesience at sacred Akshayavat, the immortal banyan tree located inside the Allahabad Fort. Photo: Connected to India

He also appreciated the arrangements made for the Kumbh Mela and said coming to Prayagraj after Varanasi was a unique spiritual experience for him, his wife and the delegation.

I wish my visit will further consolidate the already strong bond that exists between India and Mauritius," he added.

Mauritius Prime Minister was accompanied by his wife Kobita Jugnauth and led a 25-member delegation. 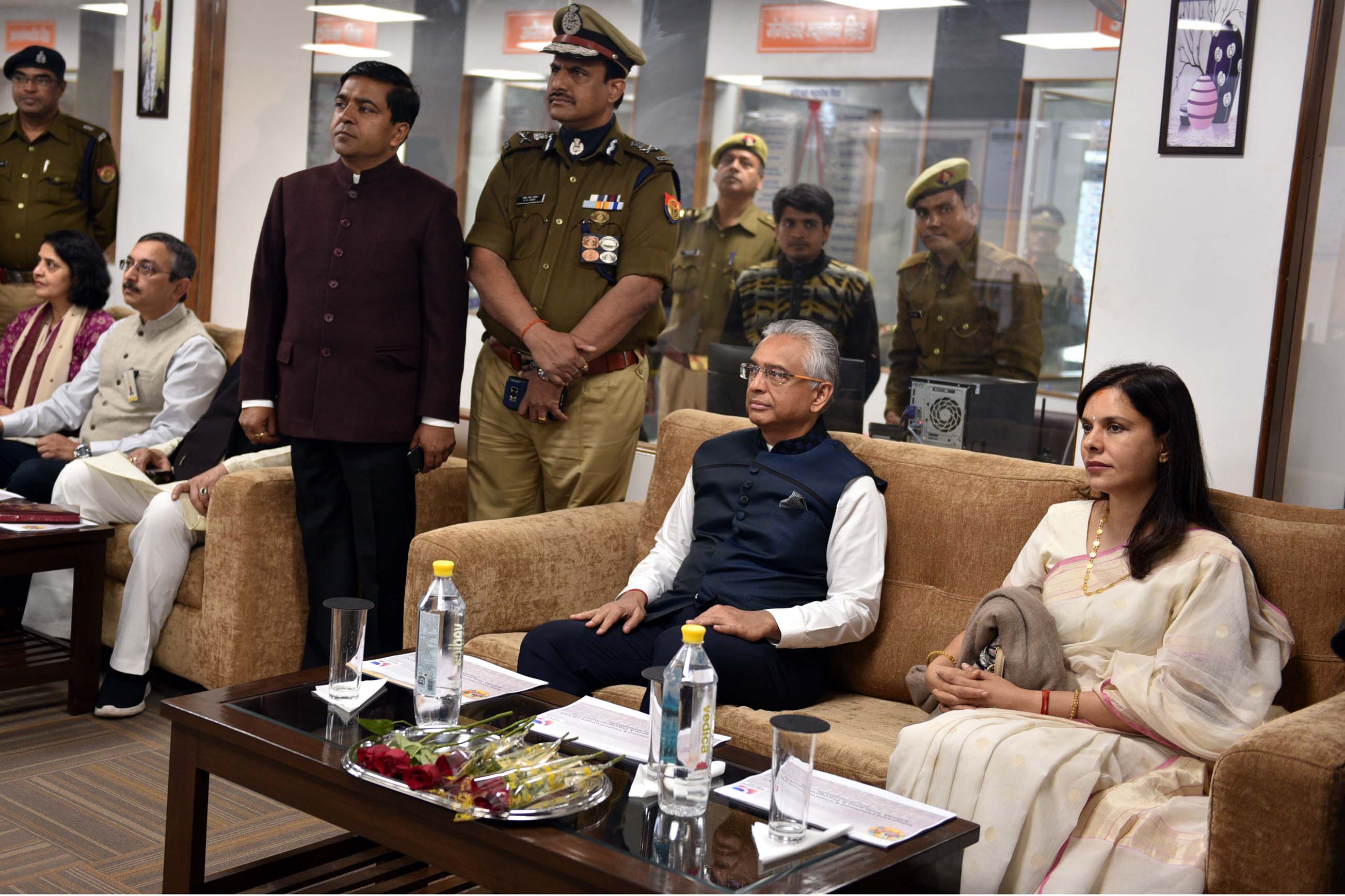 Later the delegation went to Sangam where the Mauritius Prime Minister took holy dip and  relived the spiritual existence. He also visited  Bade Hanuman temple and offered prayers. After that, he went to Kumbh’s newly developed integrated command and control centre in Prayagraj.

They also paid obeisance to the sacred Akshayvat, the immortal banyan tree located inside the Allahabad Fort.