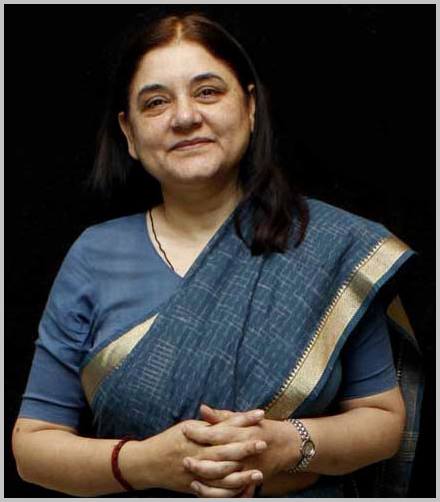 The Integrated Nodal Agency formed to look into the matter has been issuing Look-Out Circulars to absconding husbands in NRI marriages and 45 passports have been impounded by the External Affairs Ministry, Gandhi said.

The agency is chaired by the secretary in the women and child development ministry, Rakesh Srivastava.

Last month, a bill was introduced which makes the registration of marriage compulsory within 30 days, failing which the groom may lose his passport and property as well. Gandhi expressed dismay that the bill got stalled in the upper house.

as introduced to amend the existing laws under the Passport Act of 1967, to empower the passport authority to revoke or impound the passport or travel documents of an NRI, if it is brought to notice that he has not registered the marriage within a period of 30 days.

The bill was a joint initiative of the External Affairs Ministry, Ministry of Women and Child Development, Ministry of Home Affairs and Ministry of Law and Justice.

The MEA has addressed as many as 4,985 complaints between January 2015 and November 30, 2018 of distressed married women who have been deserted by their NRI husbands.