The fifth Test match between India and England scheduled to be held in Manchester has been postponed indefinitely in the wake of the COVID-19 outbreak within the India squad. In a statement, the Board of Control for Cricket in India (BCCI) said it was in talks with the England Cricket Board (ECB) over conducting the match at a later date. 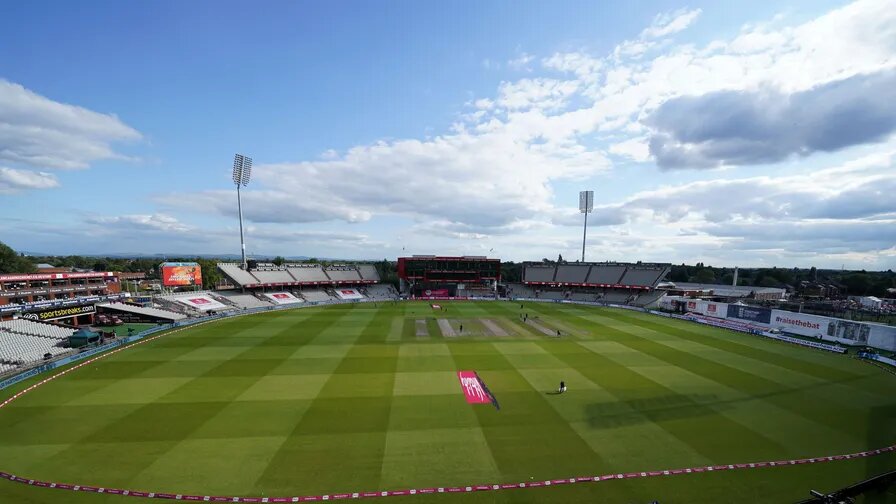 It remains to be seen how the boards can work out a window for the match, though one could possibly be carved out when India return to England next year for a scheduled limited-overs series. Photo courtesy: ECB

"The BCCI and ECB held several rounds of discussion to find a way to play the Test Match, however, the outbreak of COVID-19 in the Indian team contingent forced the decision of calling off the Old Trafford Test Match. Both the Boards will work towards finding a window to reschedule this Test match," it read.

"Due to fears of a further increase in the number of COVID cases inside the camp, India are regrettably unable to field a team. We send our sincere apologies to fans and partners for this news, which we know will cause immense disappointment and inconvenience to many," the ECB said in a statement.

The development comes days after coaches Ravi Shastri, Bharat Arun and R Sridhar were forced into quarantine in London and missed the fourth Test at The Oval.

Though none of the players were found to be positive yet, the further spread of the virus within the team cannot be ruled out since most of the cricketers were in close contact with the support staff all through the last Test.

Following the positive test of the coaches last week, the entire team had undergone the RT-PCR test. The squad member who tested positive today was earlier negative.

According to sources, the BCCI, after talking to the team in Manchester, isn’t keen to go ahead with the Test. With the IPL to start on September 19, they didn’t want the tournament to be impacted.

India’s team practice was cancelled for today, a day ahead of the start of the fifth Test. Players were strongly advised to stick to their rooms and not step out or meet each other, as a precaution against a breakout of infection.