Malnutrition unacceptably high and affects every country in the world: 2018 Global Nutrition Report

Asia is one of the hardest hit areas when it comes to malnutrition, according to  the 2018 Global Nutrition Report published on Friday, November 30.

Of the three countries that are home to almost half (47.2 percent) of all stunted children, two are in Asia: India (46.6 million) and Pakistan (10.7 million). 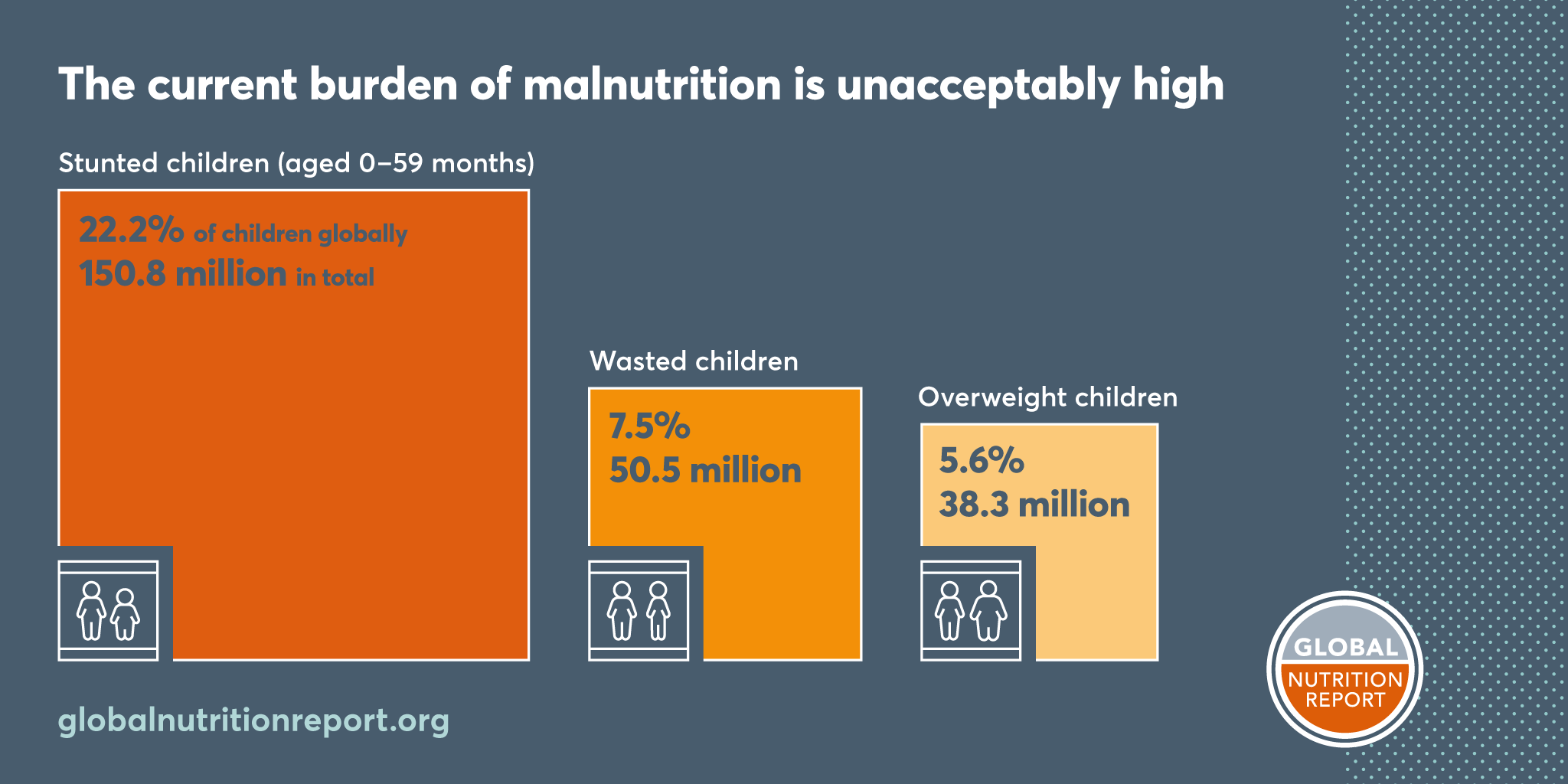 The study also found that globally, 38.3 million children are overweight, with 5.4 million and 4.8 million of them living in South and East Asia respectively. This makes up 26.6 percent of the total.

"The figures call for immediate action. Malnutrition is responsible for more ill-health than any other cause," said Corinna Hawkes, Co-Chair of the Report and Director of the Centre for Food Policy.

"The health consequences of overweight and obesity contribute to an estimated four million deaths globally. The uncomfortable question is not so much 'why are things so bad?' but 'why are things not better when we know so much more than before?'"

More to be done to address the malnutrition

While there had been progress, more could be done to address the situation.

Asia experienced the largest regional reduction in stunting prevalence from 2000 to 2017 – from 38 percent to 23 percent. Nepal alone has seen stunting decline from 57.1 percent to 36 percent over the same period.

Additionally, at a global-regional level, adult overweight levels are least prevalent in Asian men and women (30 percent) compared to the rest of the world.

However, at the global level, none of the countries with sufficient data are on course to meet all nine targets on malnutrition. Asia is no exception.

“While malnutrition is holding back human development everywhere, costing billions of dollars a year, we are now in a position to fight it," said Jessica Fanzo, co-chair of the report and Bloomberg Distinguished Associate Professor at Johns Hopkins University.

"From policies such as sugar taxes, to new data that enables us to understand what people are eating and how we can best target interventions, the global community now has the recipes that work.”