Jagat, winner of the Best Malaysian Film award at the 28th Malaysia Film Festival in 2016 will be screened at the ASEAN India Cinefest at the Pravasi Bharatiya Divas (PBD) 2018 on January 7. Moviegoers will also get to meet the award winning director Shanjhey Kumar Perumal after the screenings.

Shanjhey toiled for a decade to make Jagat (slang derived from Malay word jahat translated as bad), a Malaysian crime drama. Audiences were initially reluctant to go watch the film, which had a wide release in Singapore and South India. However, the initial slow start was followed by packed halls and accolades. 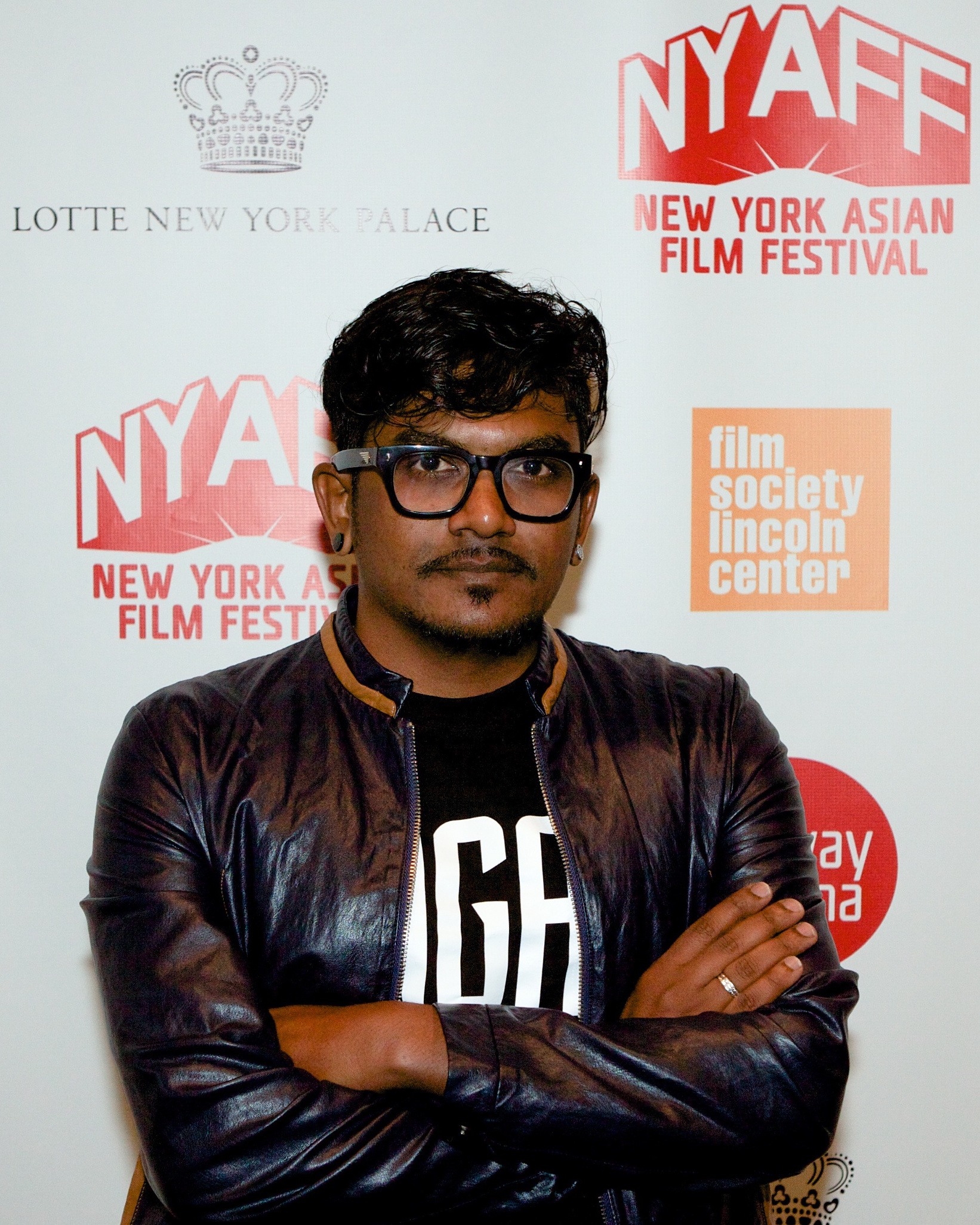 Jagat is set in the early 1990s, a critical period in Malaysian Indian history, the coming-of-age story subtly underlines the plight of the Indian Malaysians who were forsaken by the estate owners and forced to move to the cities, surviving under harsh circumstances. The story follows a mischievous 12-year-old boy named Appoy and his relationships with his father, Maniam, and his uncles, former drug-addict Bala and local gangster Dorai.

Connected to India (CtoI) asked the director Shanjhey about his journey of film-making and experiences around it.

CtoI: In Jagat, you have shown a historical aspect of Malaysia concerning the Indian diaspora which is not very well known. What made you create Jagat?

Shanjhey: Jagat was semi-autobiographical. It contained a lot of my own childhood but also aspects that were somewhat fictional. When I was thinking of the ideal story, a subject that could be expressed creatively, I kept coming back to the Malaysian Indian community’s transition era; their shift from the rubber estates into urban areas. I lived through that transition era. I spent three years of my childhood living in a squatter area with my family.

I felt it was important to document the truth and our history for posterity. So that future generations know of the plight of their ancestors.

I tried numerous times to have Jagat made by local Malaysian television channels, but I was rejected every single time. The excuses given were “it’s too dark” or “it isn’t an accurate representation of what actually happened”. Well, you can only hide the truth for so long. Even though it took 10 long years, I’m glad I was finally able to make this dream come true. Jagat is also very much my own personal revenge on an imperfect and deeply flawed system.

CtoI: How was the film been received in India, Malaysia and Singapore?

Shanjhey: In Malaysia, the film garnered a lot of positive reviews among Non-Indian (predominantly Chinese and Malay) audiences rather than Indian audiences. When Jagat was pulled from a cinema to make way for Hollywood, Kollywood, Bollywood and Hong Kong movies, members of the audience spread the word and people began flocking to the cinema to watch Jagat. Thanks to them, Jagat ran for nine whole weeks at that particular cinema. I even heard that a Chinese pastor gave a New Year’s sermon at his church urging his congregants to watch the movie in order to celebrate truth and foster diversity. A few months later, when Jagat was disqualified from the Best Film category at the Malaysian Film Festival (a national level award), many of my fellow Malaysians lent their voices in support of the film which made the Ministry intercede and change the rules. It went on to become the first non-Malay language film, a minority film, to win Best Film in the Malaysian Film Festival’s 28-year-history.

In Singapore and South India, audiences were initially reluctant to go watch the film largely because previous Malaysian Tamil films only tried to, albeit unsuccessfully, imitate Kollywood movies. But once they watched Jagat, audiences appreciated it and became curious about the issues highlighted.

CtoI: Do Tamil Malaysian films resonate with audiences in Singapore and down South in India?

Shanjhey: I have to say that I was very disappointed with the lack of reception the film received from Malaysian Indian audiences. Many here don’t seem to grasp our vision of creating a local industry that represents the voice of the people but at the same time is also marketable to the rest of the world. I was quite upset and felt let down that the local Indian community wasn’t very enthusiastic about the movie. Later I came to realize that Jagat was a little too raw and blunt for them. The average Joe has been lulled with too many feel-good movies about escapism while Jagat puts a dark and painful part of our history, a part that many are trying to forget, under the spotlight. I expect it will take time for the Malaysian Indian cinema industry to adapt to the changing times.

As for audiences in India, it may have been an eye-opener as NRIs are usually portrayed as rich people who worship western culture and are ignorant of traditional Indian culture. We want them to know that we have our own unique dilemmas, problems and aspirations that are worthy of being shared with a global audience.

We also found it very hard to get a Malaysian film licensed for broadcast on television channels in Singapore and Tamil Nadu. My producer, Mr Siva, and I would like to continue making films that resonate with the local community yet with stories that are marketable to the rest of the world.

CtoI: How do feel about your movie being showcased in the ASEAN India PBD?

Shanjhey: I am truly happy and delighted to be able to share the film at the event. I would like to thank Darpan Singapore for the opportunity. I hope this allows us to embark on a new journey into opening up two-way communications. I would say that right now, it is very much a one-way communication. In my view, the Indian film industry is an introverted industry.

I remember that some time back, a movie star from Hong Kong produced four independent movies from Taiwan, Malaysia, Singapore and China, respectively. Each movie was written and directed by emerging talents from Chinese diaspora countries. 10 years later, one of these emerging artists went on to direct a movie starring two big stars from Hong Kong and it was shot entirely in Malaysia. It marked a joint venture between these two countries. The same star also invested in a Malaysian film production company and provides stunt expertise for local Malay films. It’s the perfect symbiosis because they transfer their commodity, the stunt knowledge and financing while exploring an emerging South East Asian marketplace.

We just don’t see the same type of symbiotic partnerships in the Indian film industry with the exception of a few genuine people like actor Nasser and Cinematographer and Director Anand K Murthy. I would like to personally thank them for being key players in helping emerging new talents from the Indian diaspora. They continue to network with, guide and motivate us.

The Indian film industry uses FMS countries (Foreign, Malaysia and Singapore) as a marketplace for Indian content. Together Malaysia and Singapore alone contribute to 60% of the foreign market revenue so it wouldn’t be wrong to say that FMS countries have been the backbone of the industry for decades now. And yet, Malaysia is used as nothing more than a shooting location and for its government’s rebates and incentives. We don’t actually see any local talents or elements in the production itself except for one or extra actors’ role or to sing a rap verse in the film songs.

I would suggest that it be made possible for content from the Indian diaspora to have wide releases in similar language-based regions. It could begin with three to five films per year selected based on the quality of its content. Let us NRI’s compete for the opportunity to be selected. An opportunity like this only stands to benefit Indian distributors and emerging talents in the Indian diaspora apart from establishing the industry in their homeland. It would forge a path for us to share our stories, values, ideas and traditions in the future. I can only hope that this event helps spearhead this possibility.