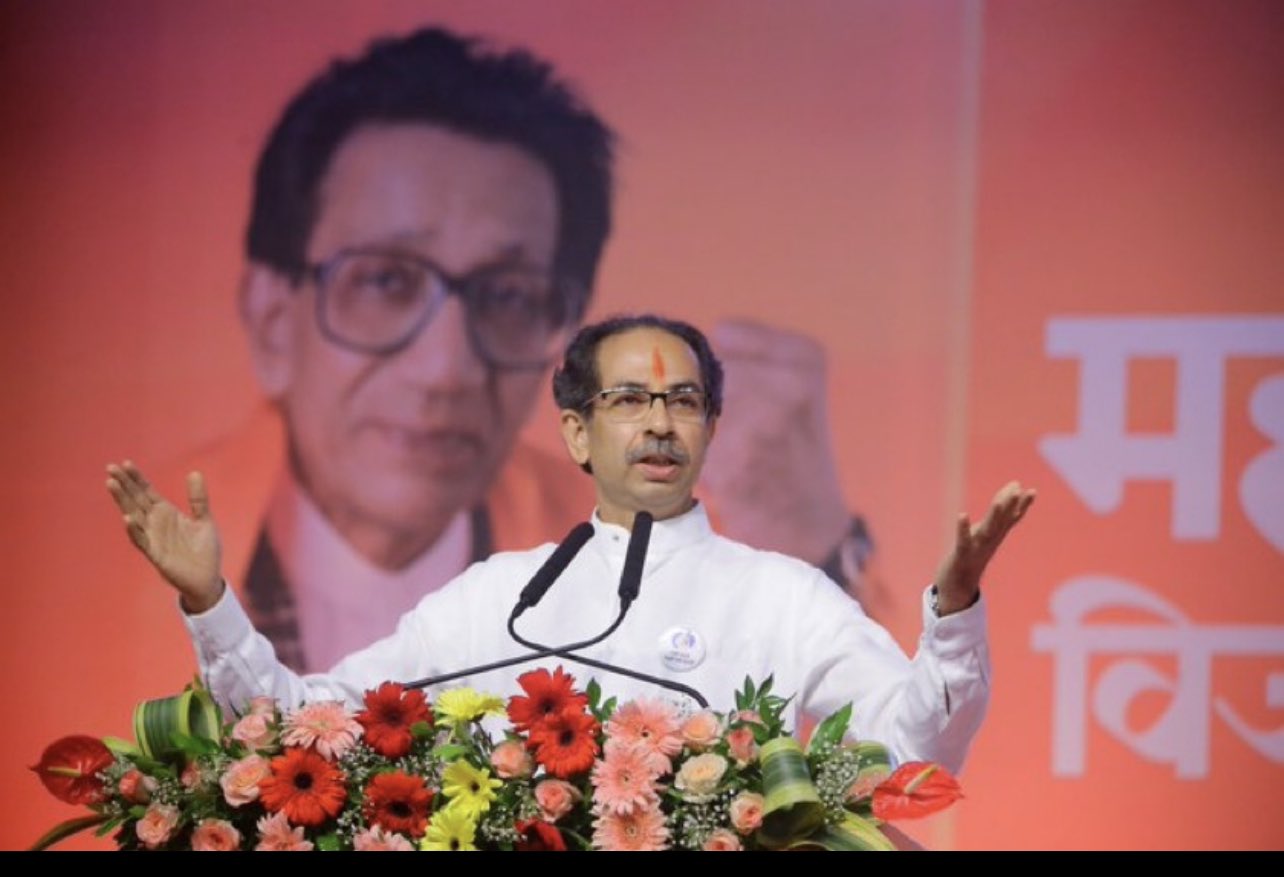 Uddhav Thackeray announced he was quitting as Chief Minister as well as a member of the Maharashtra Legislative Council. Photo courtesy Twitter/@priyankac19

But the court said that both parties will have two days to file a rejoinder, and the final result of no-trust vote will be dependent on the outcome of the writ petition. The petitions, if any, will be heard on July 11.

"We respect the Supreme Court judgment. Democracy must be followed," Uddhav Thackeray said in an online address, announcing that he was quitting as Chief Minister as well as a member of the Maharashtra Legislative Council. He then left for the Governor's residence to hand over his resignation.

"I don't want a hand in the blood of Shiv Sainiks that may be spilled tomorrow. I came to power unexpectedly, and I'm exiting in a similar fashion. Sena is one family, will not let it be pulled apart. I am not going anywhere, I will gather all our supporters, we will recoup," he added.

According to sources, Shinde is going to be offered the job of Deputy Chief Minister with the BJP's Devendra Fadnavis preparing to stake claim to the government and become his boss.

Earlier in the day, while the Supreme Court was hearing a plea by Shiv Sena chief whip Sunil Prabhu challenging the Maharashtra Governor’s direction to hold a floor test in the Assembly at 11 am tomorrow, Senior Advocate Neeraj Kishan Kaul, who appeared for rebel Sena leader Eknath Shinde, argued that a floor test can never be delayed and that it was the “only way to determine political accountability and avoid horse trading”.