'Uneasy lies the head that wears a crown' seems to be the chief recurring theme of Season 2 of SonyLIV's political drama series 'Maharani' which dropped on the OTT platform yesterday. 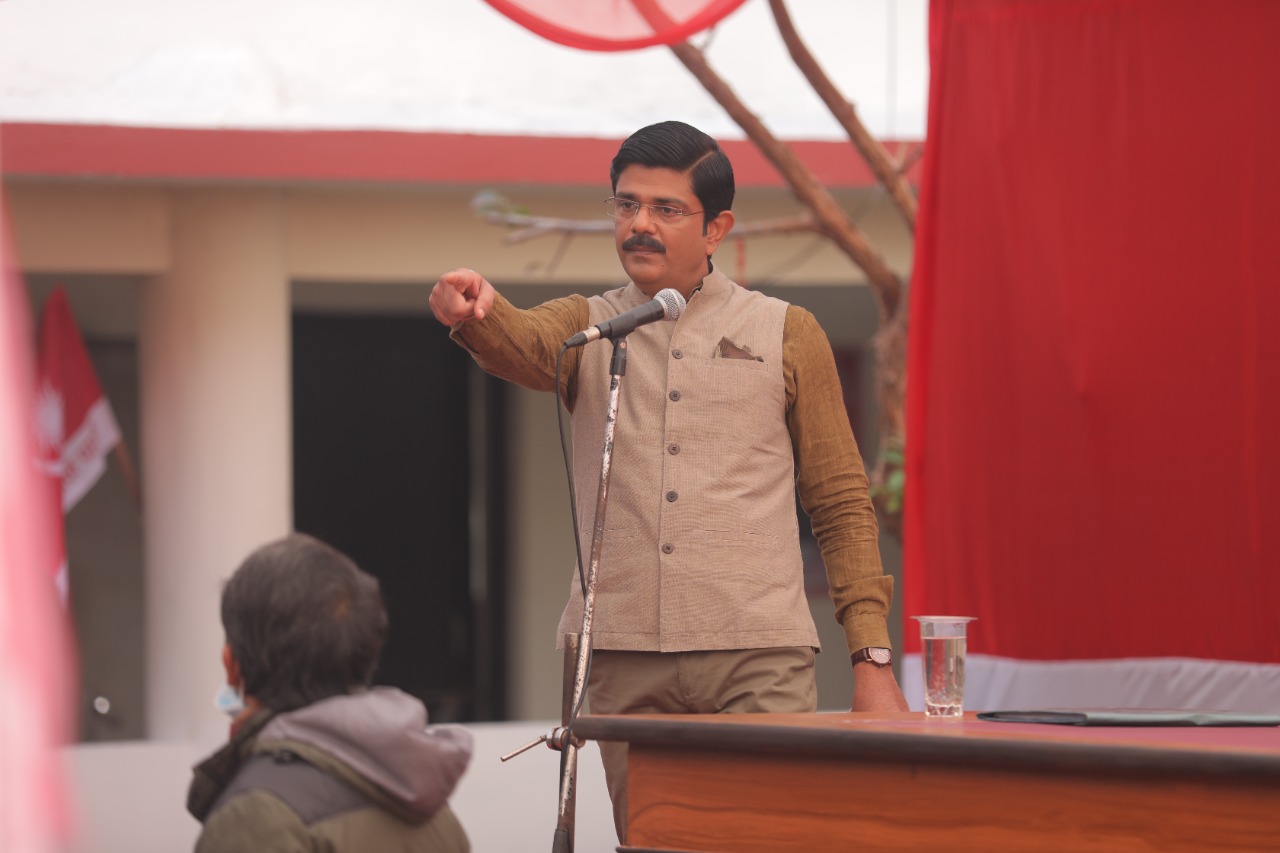 Season two has been written by Subhash Kapoor and Nandan Singh and directed by Ravindra Gautam. The series, loosely inspired by the political storms of Bihar in the 1990s, draws even more heavily from real-life incidents in the state for source material in the new season, including the Rajeev Goswami self-immolation incident amidst drama around the reservation bill, the Shilpi-Gautam murder case and the demand for a separate state. But, according to the show's stars and creators, they have turned reality into fiction by creating a whole new world of politics by diverging from real life events,

Prolific OTT actor Amit Sial, who essays the role of Naveen Kumar in the series, spoke to Connected to India about the drama and intrigue in the series. Promising more twists and turns, he said the new season will delve deeper into the characters of Naveen, Bhima and Maharani and their quest to emerge on top in the CM seat.

"There are many more complications, much more drama, and it's going to be super entertaining. Much, much more entertaining than the previous one," he told Connected to India.

The second season picks up a year after Bheema Bharti, the former Bihar CM, was incarcerated. In the first season, he had gone from CM to hospitalised political leader to being overshadowed and imprisoned by his wife, who he had put in the chief minister's seat himself. The perspective in the new season has changed in the new season.

Outraged by his wife’s perceived betrayal, Bheema is working to regain power and get revenge on his wife. Rani is also facing opposition in the state legislature from Amit Sial's character Naveen Kumar. 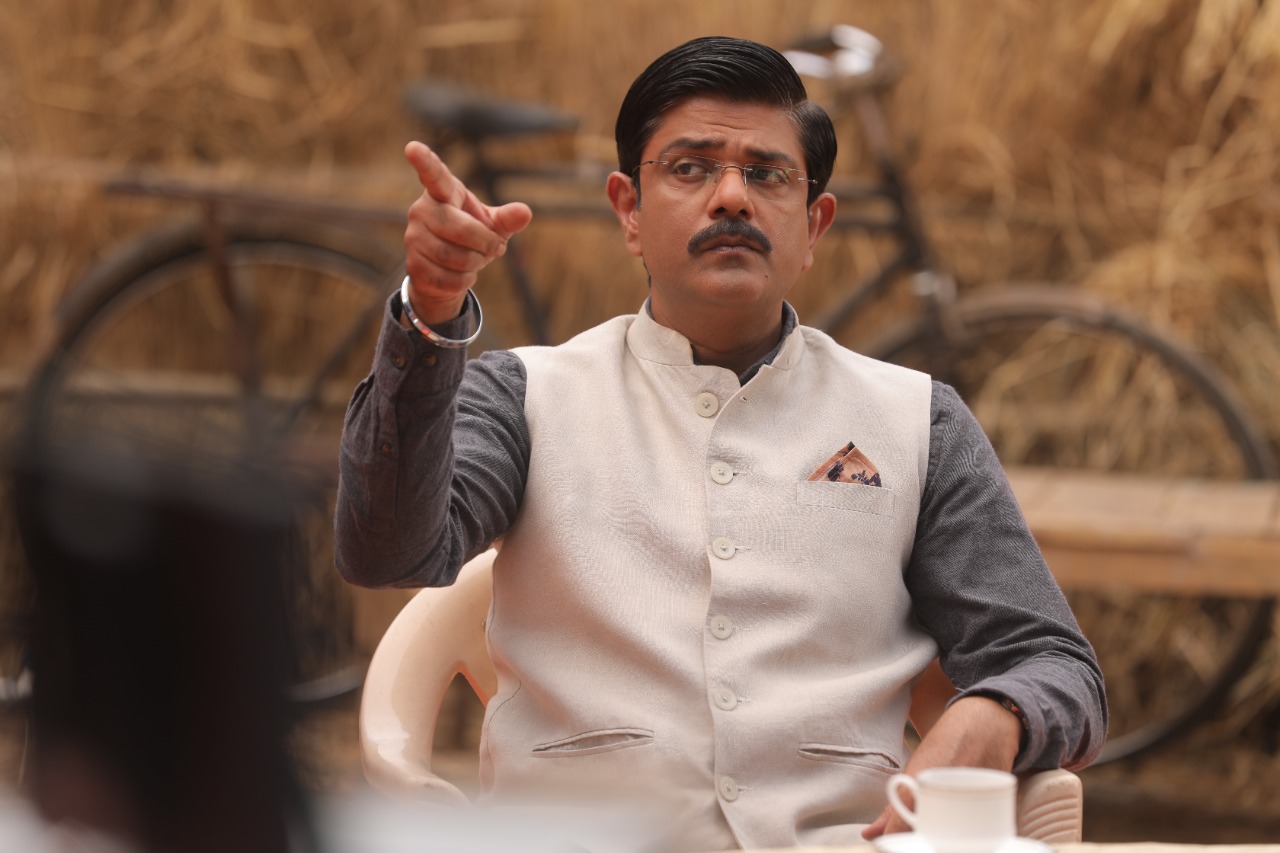 Naveen's arc in Season 2 involves hiring a data analyst to grasp the hearts and minds of the people of the state, which causes a clash with his traditional grassroot support base. Photo courtesy: SonyLIV

"I think Maharani is a trend in itself. After the advent of OTT, various platforms have shone with various different kinds of content. You know, I think it's changed the game altogether. People actually, audiences actually want to delve deep into stories. They want to see the reality of things," Sial said.

Another theme often explored in season two is choosing populism over principle, as important policy decisions are made to ensure political survival rather than for the public good.

Naveen's arc in Season 2 involves hiring a data analyst to grasp the hearts and minds of the people of the state, which causes a clash with his traditional grassroot support base.

"It shows the advent of one political leader believing in the use of technology and the use of data or giving a newer thing a chance. Because the earlier things didn't work out for him. So I mean it's his last resort, sort of. Naveen's trying everything possible that he can to know the mindset of his people, his audience, his voters," Amit said.

Amit is a veteran actor in the Hindi film industry, but it was his OTT projects that revitalised his career. His performances in series like 'Inside Edge', 'Mirzapur' and 'Maharani' have won the hearts of audiences, and he credits the rise of streaming services as being a "lifechanger and lifesaver" for him.

He revealed that he had almost given up and planned to quit acting before OTT came along and he was offered a role in Inside Edge.

"I think it has changed my life; its changed a lot of other lives. Not only actors, but all the technicians, writers, directors; there has been an abundance of talent that has come out in the OTT world," he said.

Amit also recalled a memorable fan reaction towards Naveen Kumar that has stayed with him.

"I remember giving that speech in the Legislative Assembly in season one; the 'Zero CM' one. And I could feel. I could feel what was written. And I was, you know, completely honest towards what I was saying and the kind of reaction that speech got and the kind of memes people made out of it. It was hilarious and touching at the same time," he said.

According to pundits, one major reason for Maharani's success is the terrific cast. Amit was all praise for his fellow cast members and the show promises gripping performances from them.

"The characters of Naveen, Bhima, Maharani, they're definitely delving more deeper into their beings," Amit said. "We promise you a better, more complex thriller kind of a show this time. Bigger than the last time."