Defending champions Madras Cricket Club showed their quality, defeating in-form new entrants Sydney Cricket Ground (SCG) XI in their Group A clash at the Padang Ground to remain on course for taking top spot. Madras chased down a Duckworth-Lewis generated target of 128 in a 13-over truncated match with seven wickets in hand to blow the group wide open. 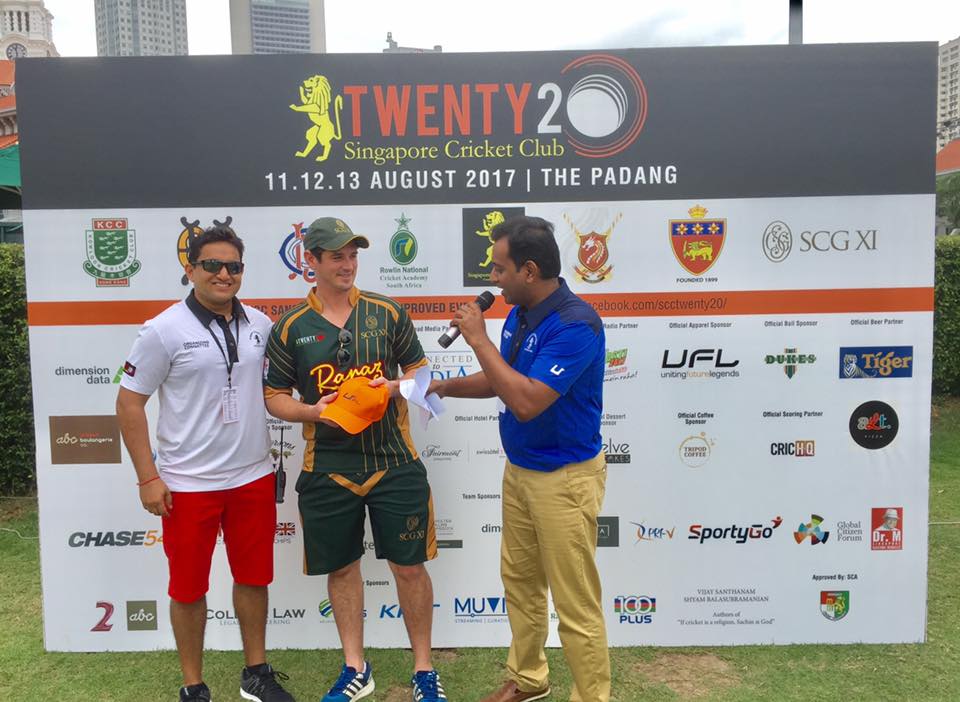 After being put in to bat by Madras, SCG had their innings interrupted at 113/3 by rain 13 overs into the innings. James Crosthwaite once again top scored with 72 off 38 balls and looked set to score more when weather forced the innings’ end. He cemented his place at the top of the leading run scorers board. For Madras, Swapnil S with 1/18 from three overs was the most effective bowler. 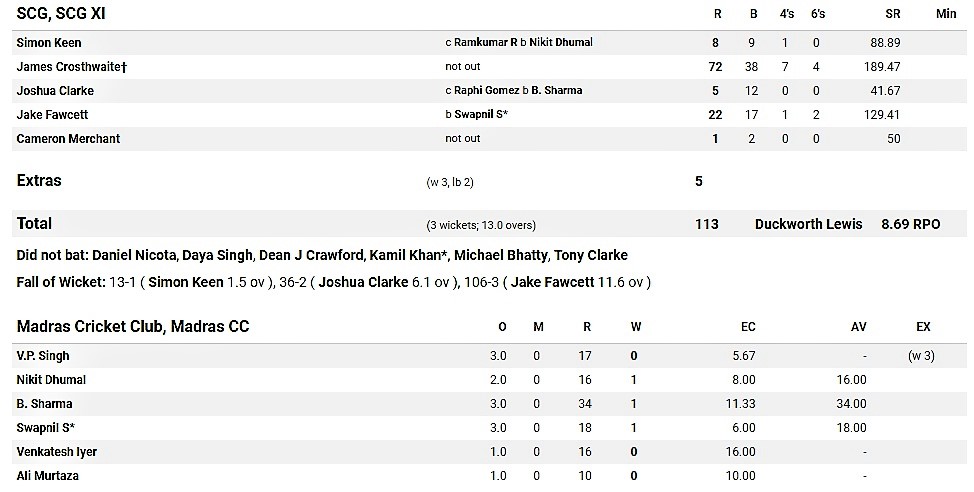 In the second innings, chasing a revised target of 128, Madras lost a couple of early wickets but stayed ahead of the scoring curve thanks to excellent batting and a solid partnership between S Patel (66 of 43 balls) and Akash N (37 off 24 balls) to ensure Madras were in control of the game. Leg spinner Daniel Nicota with 1/15 was the best bowler for SCG, but they could not prevent the Indian team from achieving the target. 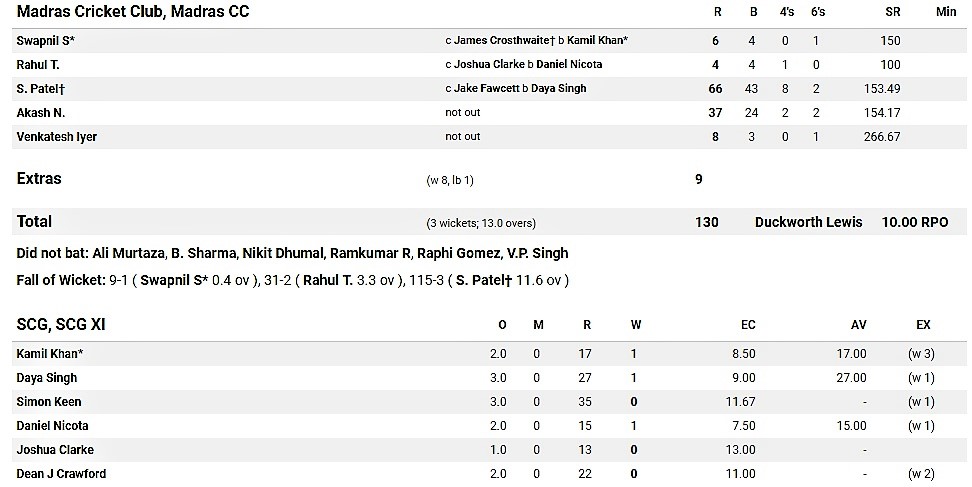 Madras face an SCC side that needs to win the final game for any chance at reaching the knockout stage next. The defending champions will hope to qualify with a perfect record, while the home team, which seems to have found the right combinations today, will be looking for a win to keep their hopes alive.