LTA trials 3D traffic markings to get motorists to slow down

At the end of this month, the Land Transport Authority (LTA) will commence a trial for new three-dimensional (3D) traffic calming markings at the Whampoa Drive Silver Zone.

Adopted from Japan, these markings are intended to encourage motorists to reduce their speed due to the perceived narrower lane width.

The trial will help LTA assess the effectiveness of these new markings. 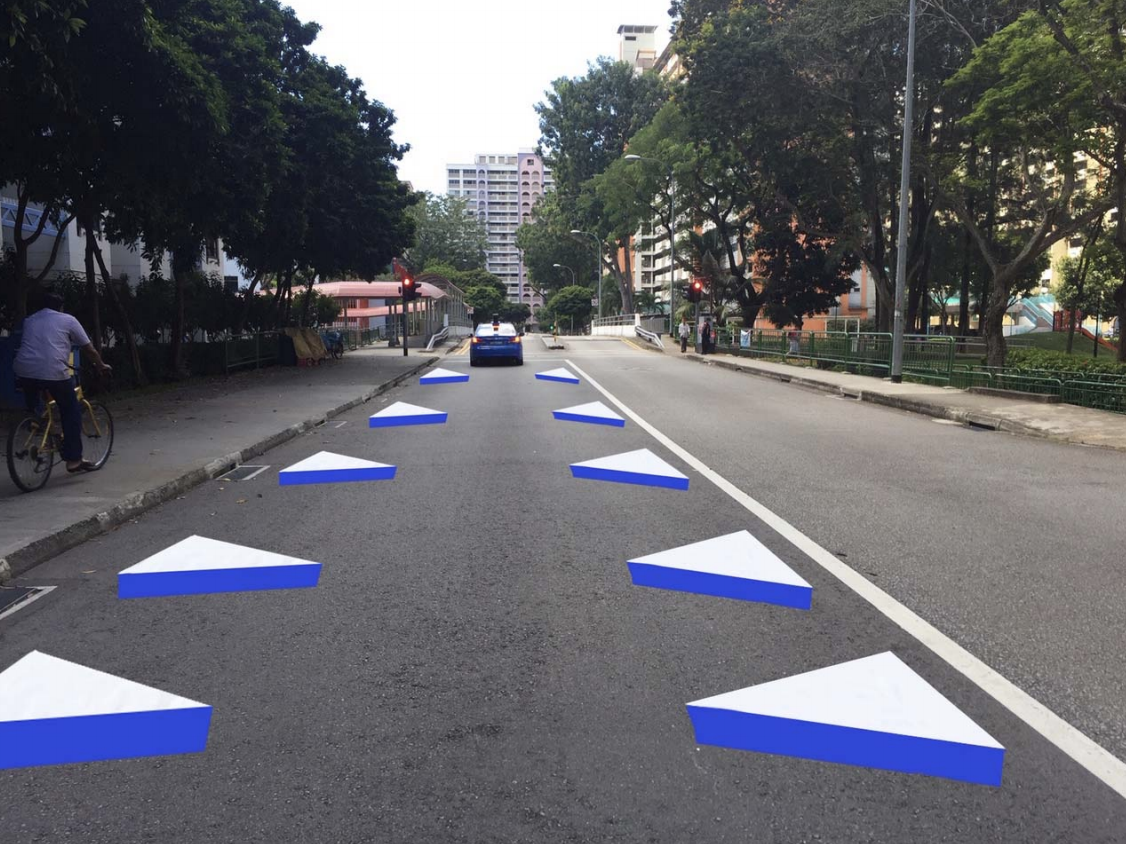 In a press release on December 5, LTA said the trial is part of the Silver Zone scheme which was first announced at the Committee of Supply debate in 2014. The scheme has been found to be effective as the accident rates within Silver Zones have been reduced by almost 75 percent.

LTA has completed 15 Silver Zones and there are ongoing works for another 10 Silver Zones.

Other road safety features that are localised to each Silver Zone include chicanes, pinch points with ramp-downs, roundabouts, raised junctions, centre dividers and additional crossings.

The senior-friendly road safety features are implemented at areas with a high proportion of senior residents and senior amenities, such as medical establishments.