Long, tough but exhilarating: How father-daughter scaled the Everest to bond at 29,000 feet

“It was a very emotional moment for both of us. I know both of us teared up momentarily upon reaching the summit. We then proudly unfurled our national flag,” said Ajeet Bajaj who, along with his daughter Deeya, became the first Indian father-daughter duo to climb Mount Everest. 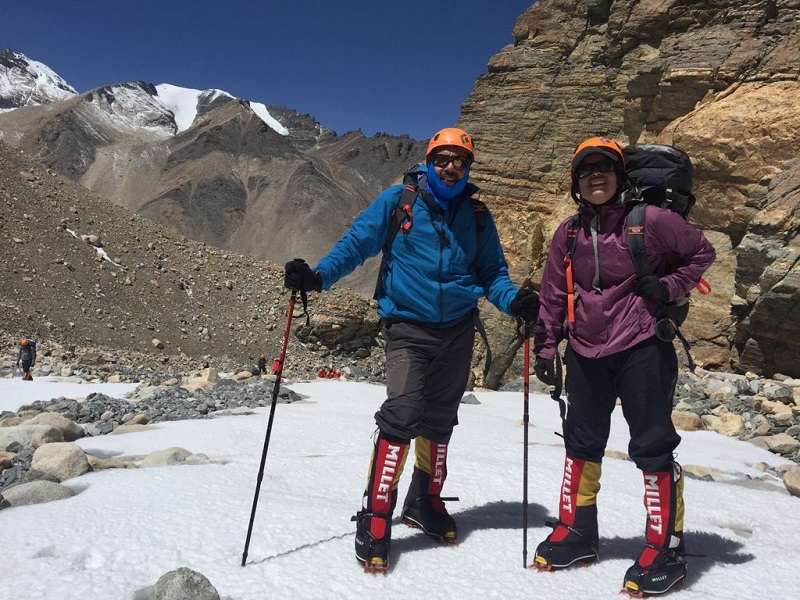 Ajeet Bajaj, who was conferred the Padma Shri in 2012 by the President of India for his contribution to the adventure fraternity in India, is the first Indian to have completed the much-coveted Polar Trilogy, comprising skiing to the North Pole, to the South Pole and across the Greenland Icecap.

Connected to India spoke to the proud father-daughter duo about reaching the summit of Mt Everest. 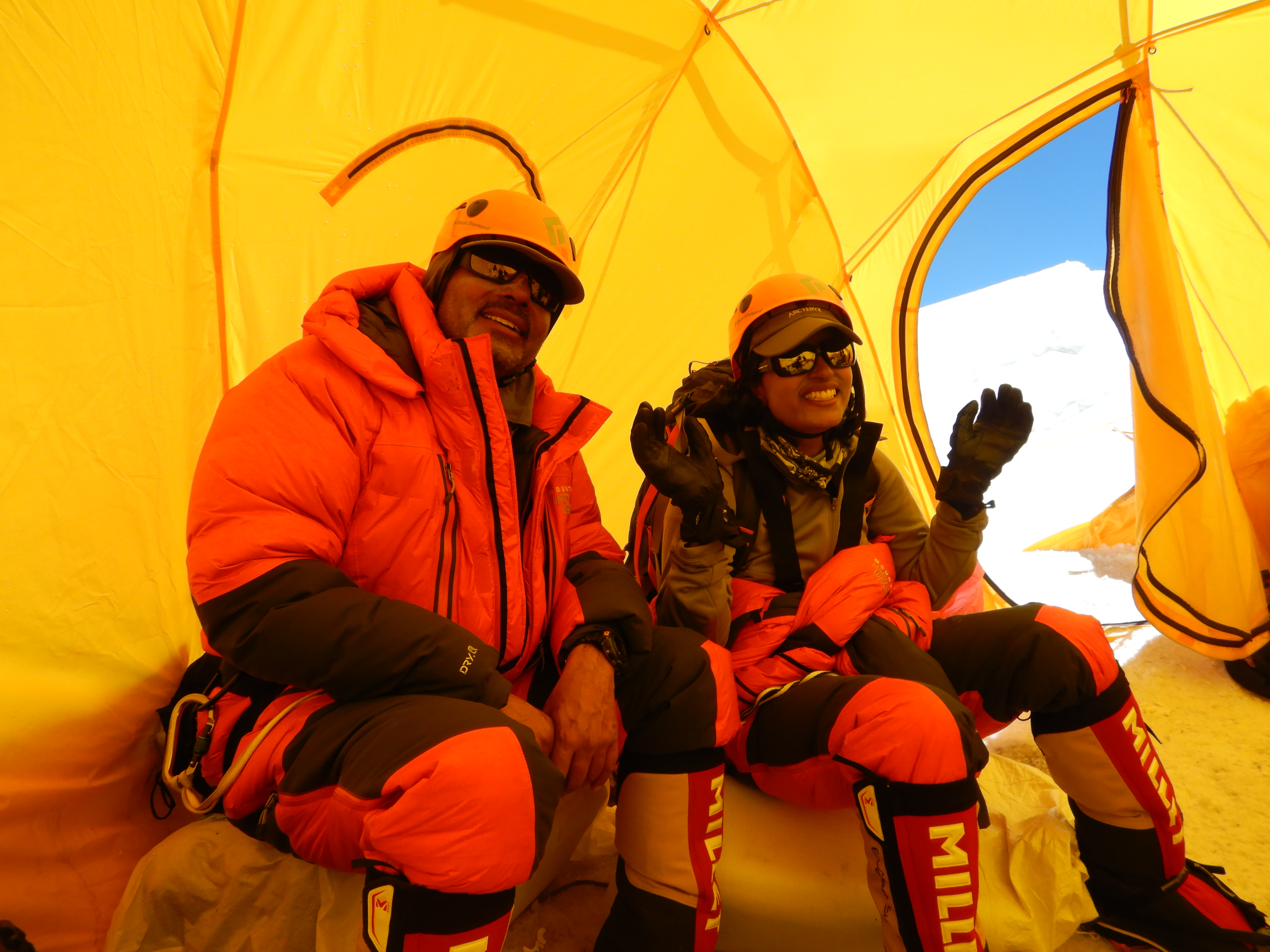 Ajeet and Deeya Bajaj did four practice expeditions before the summit and trained for a year. Photo courtesy: Snow Leopard Adventures

CtoI: When did you decide to climb the Mount Everest? Please walk us through how you got the idea, made your plan and carried it out.

Ajeet Bajaj: While I was in college, I had the proud privilege of taking Sir Edmund Hillary rafting down the river Ganges. It was a very special experience for me and since then I have always dreamt of climbing Mt. Everest. I went to visit Deeya while she was in college, at Cornell University, USA and we were reminiscing about our previous expeditions, when I brought up the topic of climbing Everest. Deeya was very enthusiastic - adamant that if I was climbing she wanted to climb with me as well. So we waited until she got back to India, and then began the planning process. It involved finding a good operator, training hard and doing a lot of research on optimal gear.

CtoI: What special training did you undergo before climbing Mt Everest expedition?

Ajeet and Deeya: We trained for a year, spending two-three hours daily doing a lot of cardio and resistance training while we were in the city. We also did four practice expeditions, two in Ladakh, one in the French Alps and one to Nepal. On the first expedition to Ladakh, we climbed a beautiful peak called Kang Yatse II. The second expedition we went to Nepal where we bought some of our gear and met our Sherpas. On the third expedition, we went to the French Alps where we did a lot of technical training, ice climbing and got familiar with crevasse rescue techniques. On our fourth expedition we went back to Ladakh where we did a high-altitude trek and got extremely lucky, we had five different sightings of the elusive snow leopard. The adventure travel company that I own is called Snow Leopard Adventures and seeing the ‘grey ghost of the Himalayas’ felt like a very positive omen. 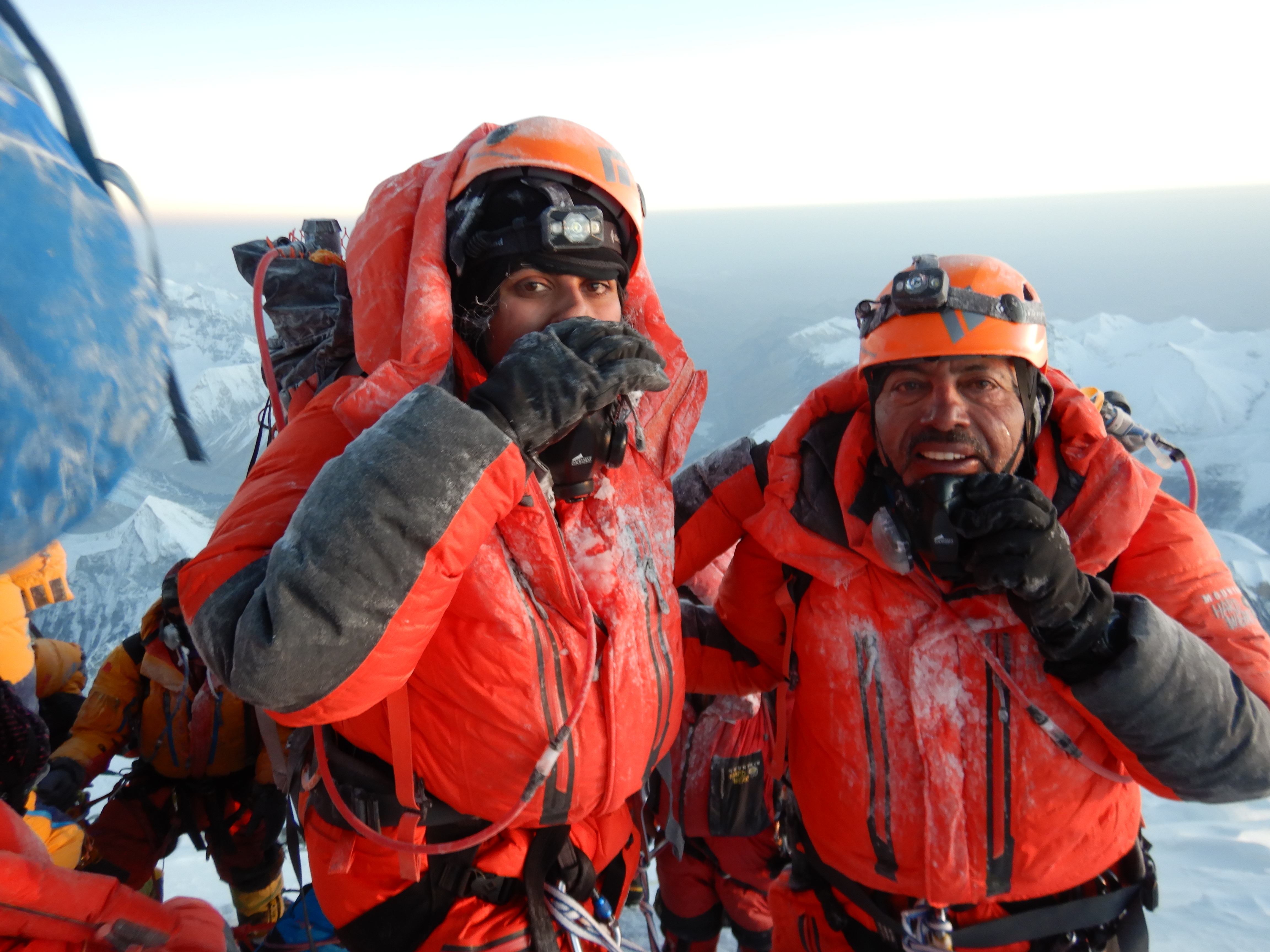 CtoI: When did you both start climbing together?

Ajeet and Deeya: All our family trips are extremely active and both my girls absolutely love the outdoors. I think the first hike I took Deeya on was when she was two years old - strapped to my back.  However, the first major expedition we did together was a sea kayaking expedition in Greenland when she was 14 years old.

CtoI: What kept you going during the expedition? What symbolic significance did climbing Everest hold for you?

Ajeet and Deeya: Our climb had a very strong message; we wanted to promote the cause of the girl child. In a country where girls are often not given similar opportunities or the same amount of family support as boys, we wanted to show families that if you support your girls, there is no height that they cannot reach. This held great symbolic significance for us. 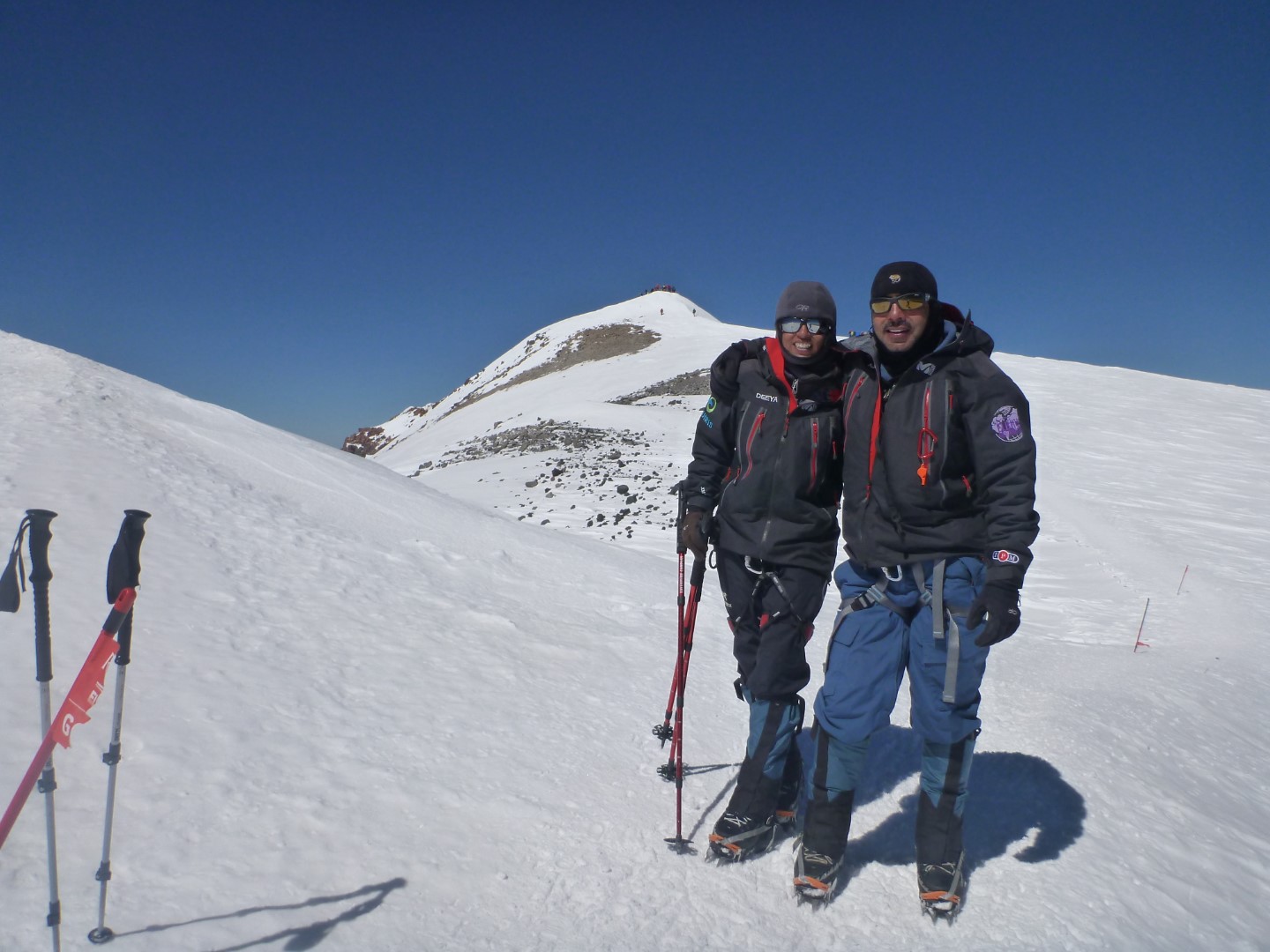 CtoI: Which are the other mountains that you have climbed together? What’s next after Mt Everest?

Ajeet and Deeya: We have climbed three mountains together; Kosciuszko in Australia, Mt Elbrus in Russia and Kang Yatse II in Ladakh. Yes, many adventures still to come! We hope to climb a peak called Vinson Massif in Antarctica. 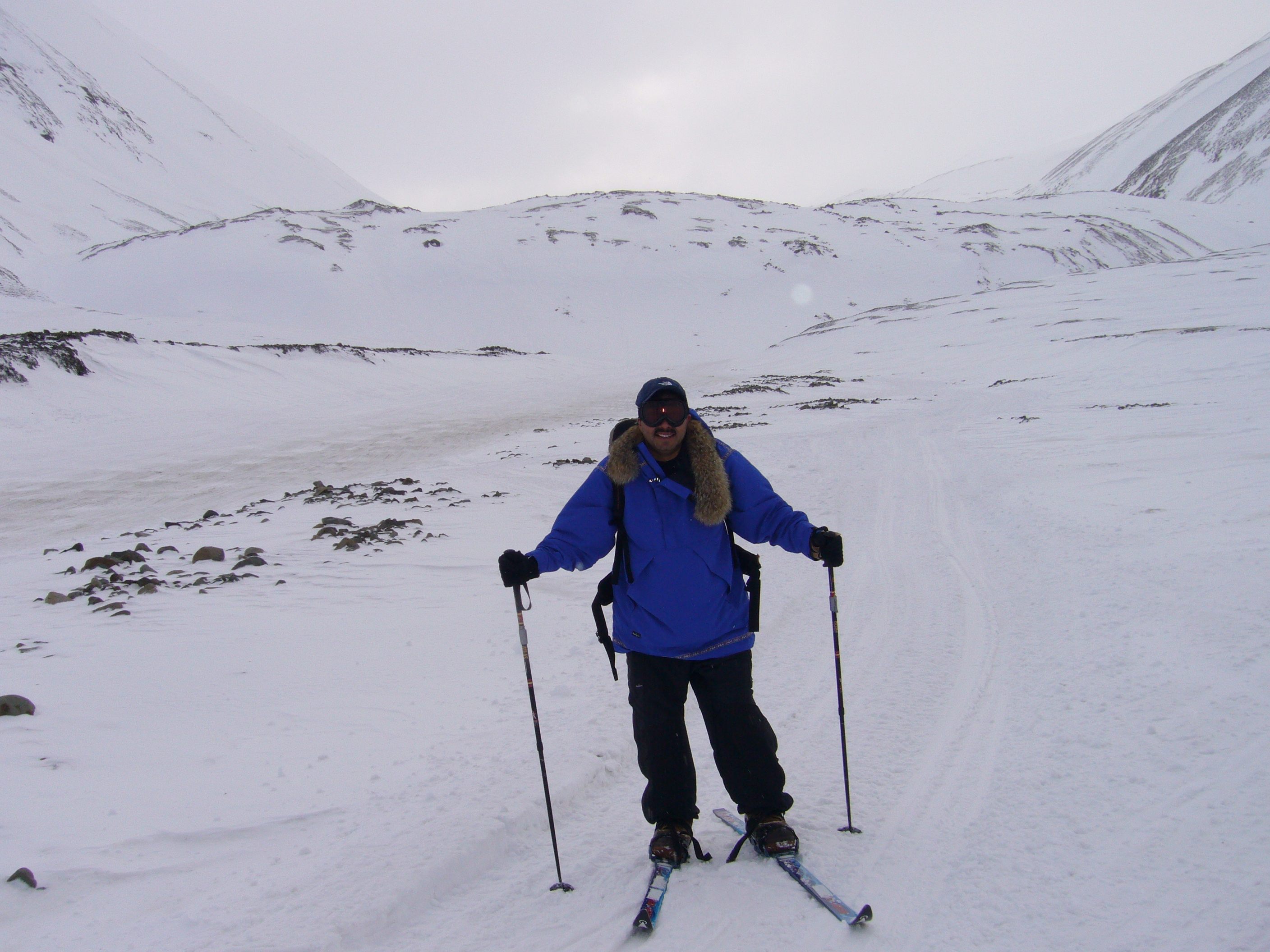 CtoI: You’ve been to both the North and South Poles. Could you tell us about India’s and other countries’ camps there and about your experience?

Ajeet Bajaj: Planting the Indian flag at the North and the South Poles was a proud and emotional moment for me. India is on an upswing, and I strongly believe that there is nothing that we Indians cannot achieve. 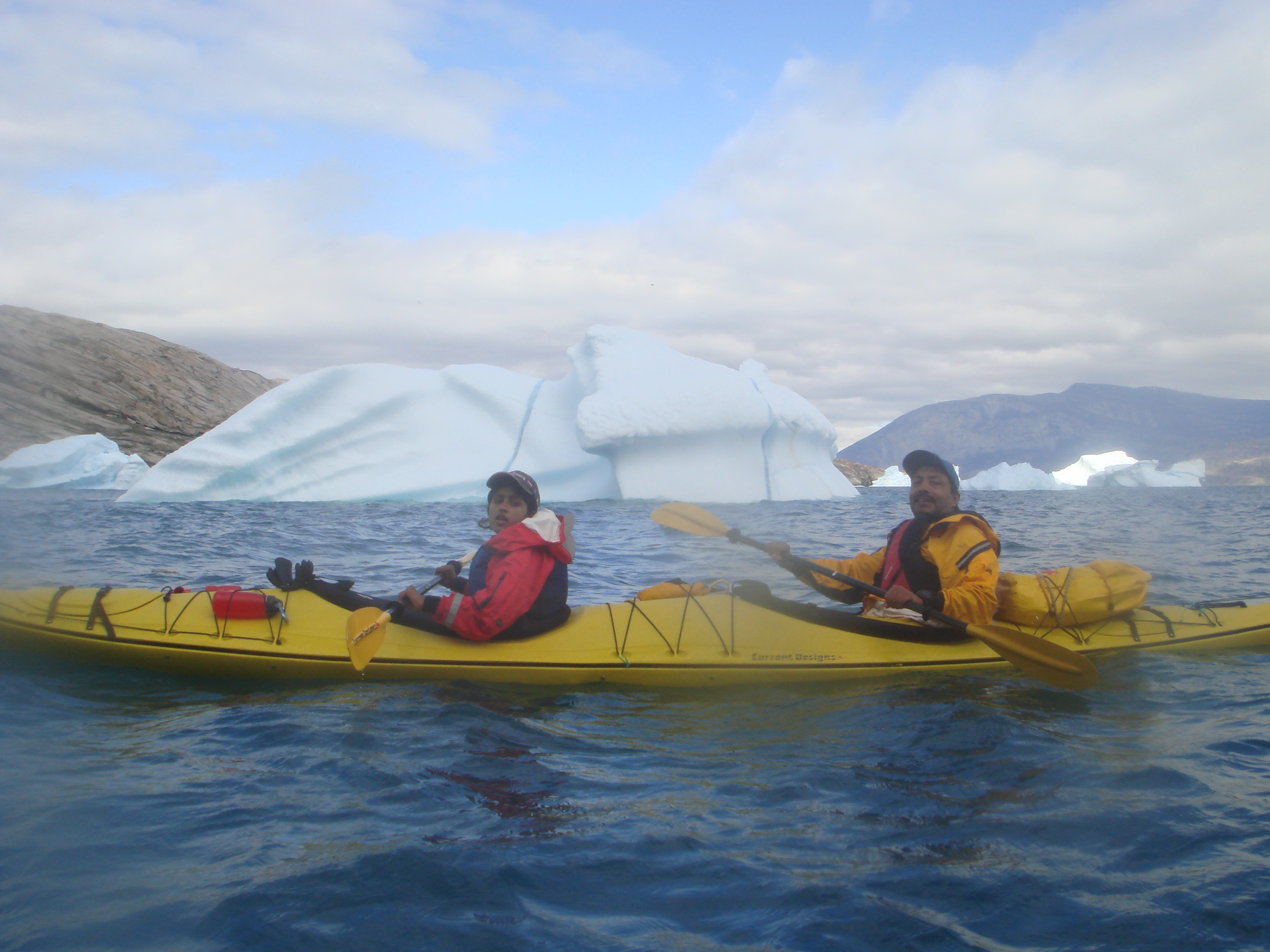 CtoI: With the alarms of the ice caps melting and climate change, what policies do you feel countries across the world should follow to preserve the polar ecosystems?

Ajeet Bajaj: Having been to some of the most remote parts of our planet, I have seen the effects of global warming and climate change firsthand. I feel that all countries need to understand the seriousness of the situation and take positive steps towards becoming carbon neutral.