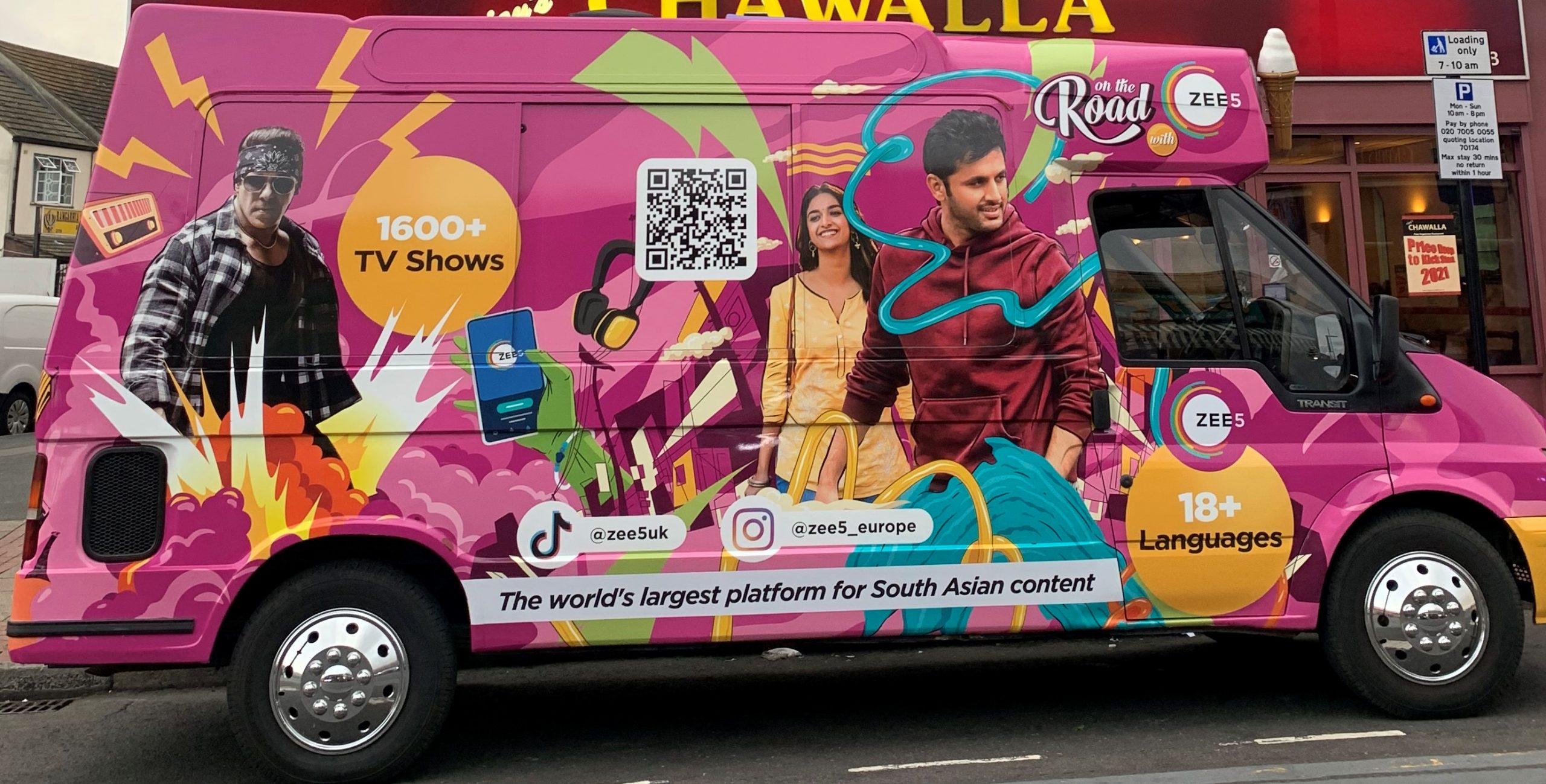 The streaming platform's On The Road campaign aimed at engaging London’s South Asian Millennials and Gen Zers with free ice cream and a glimpse into the stories of South Asia, an official statement read.

Driving from West London (Harrow, Wembley, Ealing Broadway, Southall) to East & Central London, covering Green Street, Ilford Lane and Hyde Park, a ZEE5 van provided London residents with resources to download the app via a QR code on the side of the vehicle and offered free ice creams to those who did so.

ZEE5 named the ice cream flavours after its content titles. Londoners can choose from:

"This is one among the many fun and quirky initiatives we have lined up to engage with our audiences so do look out for more such, " Archana Anand, Chief Business Officer, ZEE5 Global, said.