Living in Punggol? Keep an eye out for these robots delivering parcels and groceries 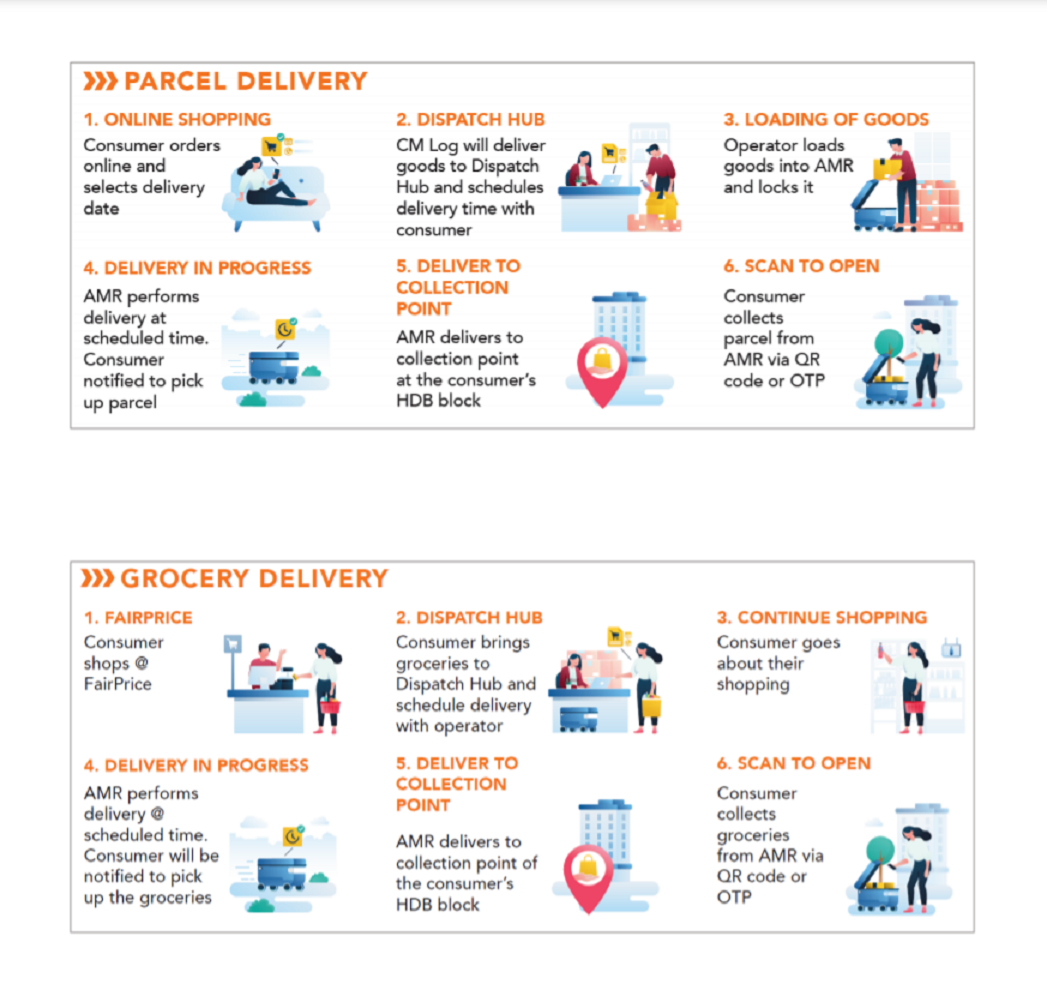 “With the growth of e-commerce, consumers have grown accustomed to expecting food, products and groceries to be delivered to their home in increasingly shorter periods of time. Autonomous delivery robots can play an important role in augmenting existing delivery infrastructure to enhance the consumer experience and drive productivity gains,” said Kiren Kumar, Deputy Chief Executive, IMDA.

The trial will see two OTSAW robots delivering parcels and groceries to the lift lobbies of seven Waterway Woodcress HDB blocks, to assess:

“By supporting this initiative at our first new-generation Neighbourhood Centre, Oasis Terraces, we hope this will provide for greater convenience and enhance the retail experience for about 700 residential households at Waterway Woodcress,” said Kee Lay Cheng, Group Director for Properties and Land, HDB.

To ensure public safety, both autonomous robots have passed the LTA’s safety assessment for the supervised use of autonomous vehicles on public paths, said a press release from IMDA. The speed for each robot, which weighs 80 kg (unloaded), is further capped at walking speeds (about 5 kmh). Each robot is also accompanied by a safety officer during the trial period.

These “robot” deliveries will mean greater convenience and faster deliveries with consumers being able to choose when they want their items delivered, instead of adhering to a fixed delivery schedule.

Consumers can, for example, after buying groceries such as rice or diapers at a supermarket, drop off the purchases at a concierge counter to continue shopping or dining and have them delivered to their HDB block at a time the consumer chooses. Other items that could be delivered through these robot couriers include perishables such as food or flowers, and even controlled items such as medicine,” said the press release.

Through a mobile app, consumers will be notified when the robot is en route to its destination and will receive a confirmation notification that the robot has arrived. The robot will also provide a QR code for recipients to scan at the collection point via their mobile phones, thus ensuring that only the authorised person will be able to access the assigned compartment and its contents.