Producer Ekta Kapoor's Alt Entertainment comes up with yet another and an even bolder movie than her previous LSD, The Dirty Picture and Udta Punjab, Lipstick Under My Burkha Ekta launched the hard hitting trailer of the movie along with the lead cast and director Alankrita Shrivastava.

Lipstick Under My Burkha, banned in India, for being “lady-oriented,” “fantasy above life,” “contagious sexual scenes,” “audio pornography” and “abusive words” finally releases on July 21. If the trailer is anything to go by the movie is likely to generate lots of heated tv debates and social moral policing. 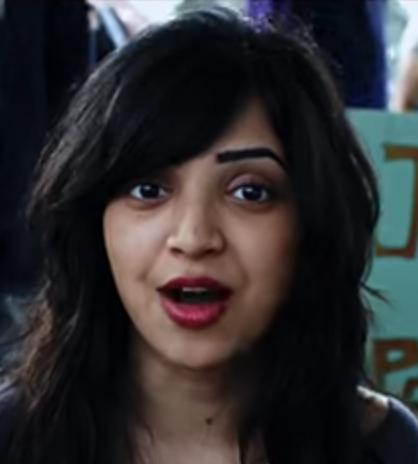 The film chronicles the lives of four women who are chasing their secret fantasies. Plabita Borthakur plays an 18 year old burkha-clad college girl who seeks the freedom to be who she wants, a pop star. Aahana Kumra of Amitabh Bachchan's Yudh fame plays a two-timing beautician seeks to escapes her small town life.

Konkona Sensharma plays a subjugated housewife with three children, seeks the alternative life of a saleswoman. And Ratna Pathak Shah, a 55 year old widow finds sexual reawakening through a phone romance with a young swimming coach.

The movie is produced by Prakash Jha and co-presented by Shobhaa Kapoor and Ekta Kapoor.