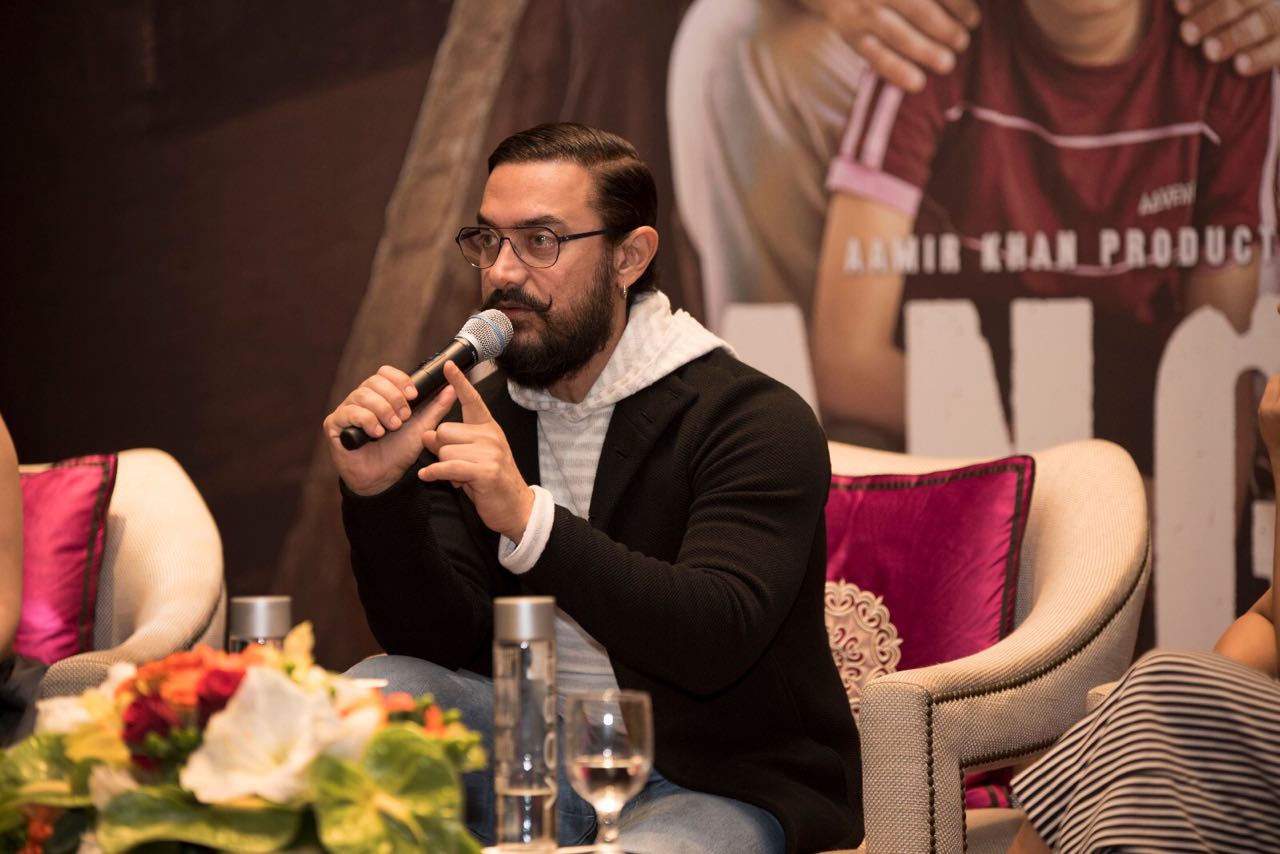 Aamir Khan knows how to mix social themes with entertaining Bollywood fare. He is back with a bang this year as Dangal (Wrestling Arena) is set to release on December 23. The country’s favourite social theme, the empowerment of women, takes centrestage in the film based on the real life story of wrestler Mahavir Singh Phogat. Forced to give up his dream of competing internationally on account of financial constraints, Phogat fulfilled his ambition by training two of his four daughters, Geeta and Babita, into becoming world-class wrestlers. Both the girls won medals for India in the 2010 Commonwealth Games. The timing of Dangal is just right, as India furiously debates patriarchal conventions and cheers women breaking age-old barriers.

In Dubai to promote his forthcoming film, Aamir Khan spoke to a select group of journalists including a representative from Connected to India at Taj Dubai, Business Bay. Here are excerpts from the interview.

CtoI: How did the Phogat family react to the movie?

Aamir Khan: They’re loving all the promotional material they’re watching, like the trailers and the songs. I think that both Geeta and Babita had absolutely no doubts in their mind that Mahavir was a ‘Haanikaarak Bapu’ (song) fan so I think they identified with the song. 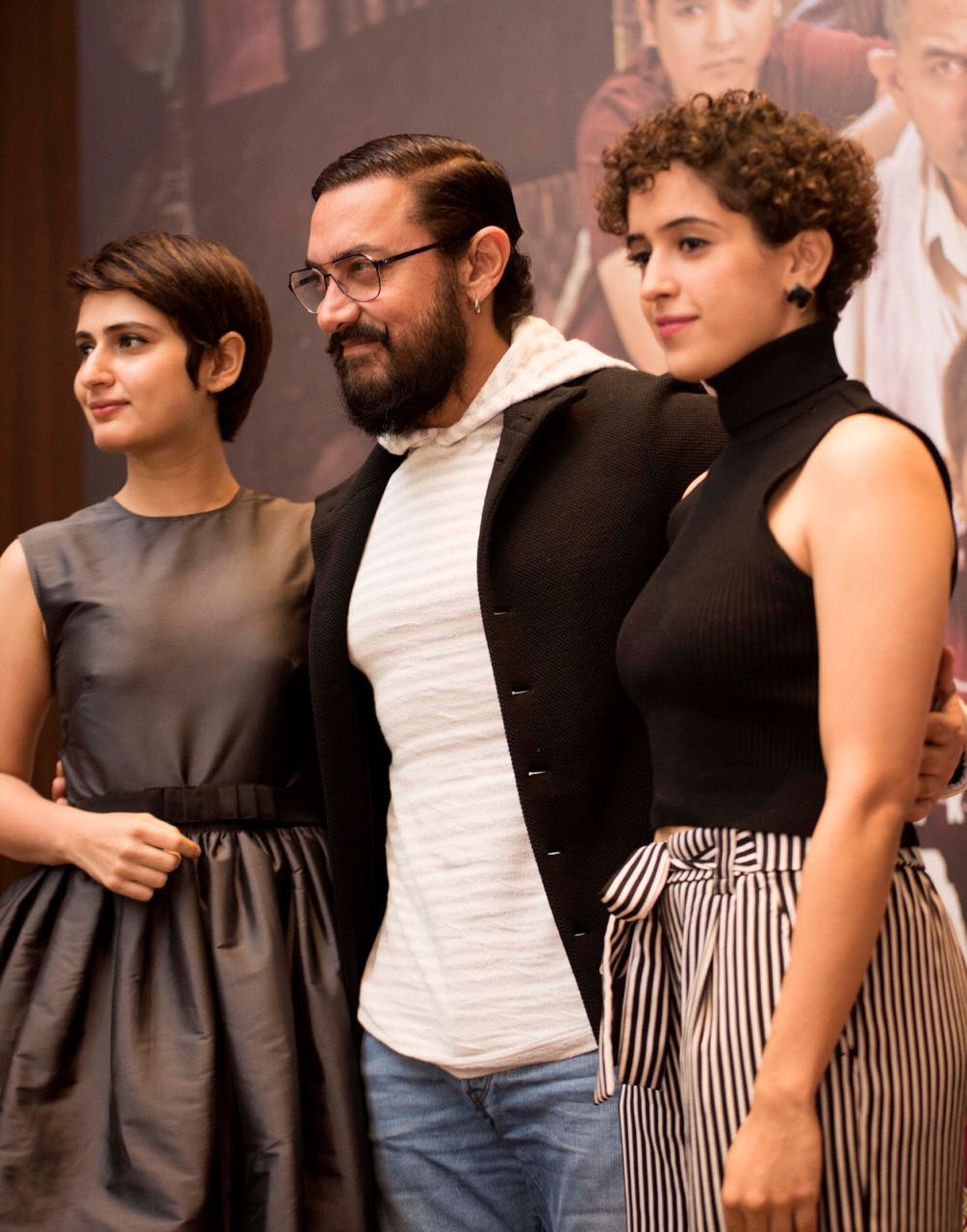 CtoI: And what was his reaction to the song?

Aamir Khan: He’s loving all the stuff that’s coming out. They have not seen the film yet, but the song  is in the right spirit with its mischief. It’s an endearing song, with the father-daughter relationship theme.

CtoI: We’re very impressed by the way you’ve transformed yourself, but there are rumours on the Internet as well about the use of steroids to prepare for the movie?

Aamir Khan: No, I didn’t use steroids. I’ve heard of many actors that have and I’m not judgmental about it as long as you’re clear about what you’re doing, understanding the side effects and being aware of how it harms your body.

Ultimately it’s your own body and you can decide what you want to do with it. But you don’t need to.  (What matters) is the level that we want to achieve for body building. I’m not entering a body-building competition. When you follow the right kind of diet, your metabolism goes up on its own. 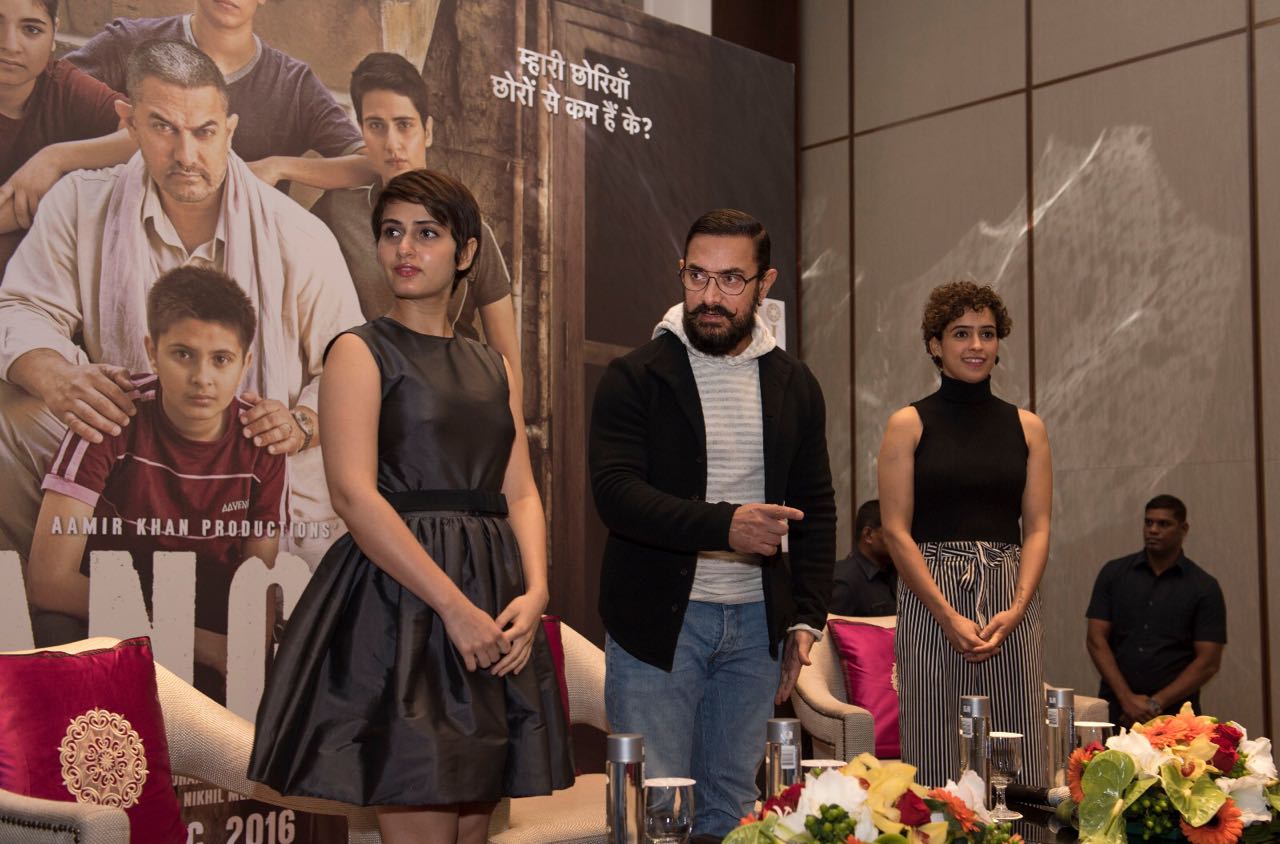 CtoI: Were you tempted to change the narrative of the two actresses looking like boys instead of girls? Did you want to tweak the original story? In the posters especially, they look boyish.

Aamir Khan: I think we were accurate, and the idea was not to propagate them as boys or girls. They are girls, and just because one has short hair doesn’t mean she is not a girl anymore. A lot of wrestlers cut their hair short because it’s difficult to do wrestling with long hair. Also, in terms of wrestling competitions and matches, you’re not allowed to pin your hair, and rubber bands have to be used. There are very strict rules for hair, so you have to deal with that too. Something simple like your shoelace coming loose – you lose a point on that. So you don’t want all these extra things coming your way. We were just being accurate.

CtoI: In the trailer it looks like you were obviously very tough on your character’s daughters, so do we get to see the negative shades of you in the film, or do they behave negatively?

Aamir Khan: No, I don’t think anyone of us behaves negatively. As characters – each one of us is a human being and we are all complex people. There is no black and white, and there are always shades of grey along with it. Negative is too strong a word. Mahavir was a tough father and even if I’m not like that and don’t subscribe to that kind of parenting personally, who am I to judge?

CtoI: In the trailer, there is a scene when both the girls beat up a boy, which must be a significant moment. Do you feel that in a larger context, movies like these would encourage families, especially fathers, to push their daughters to take up some kind of self-defence course?

Aamir Khan: Of course, I’m being idealistic. But the first thought that comes to my mind with a question like this is, “Why do I need to defend myself?” If the law of the land, the law of the machinery works well, then 90 per cent of the problem gets solved. Of course, having a society that is totally free of violence is not possible. But there are steps which need to be taken. First,  for example, your judiciary has to work like clockwork. If there’s a crime against me, which is brutal or physical, then within 3 months the case should be solved with the guilty person should be punished.

Having said that, of course each one of us should be able to look after ourselves. You don’t have to learn judo or karate for that. Not all of us are experts in martial arts, but we’re still able to look after ourselves in different ways. You should be sensible about what you’re doing, where you’re going. You should follow basic common sense to look after yourself and not be silly about such things – whether you’re a boy or a girl. And if you do learn martial arts to defend yourself – great, there’s no harm in doing that. 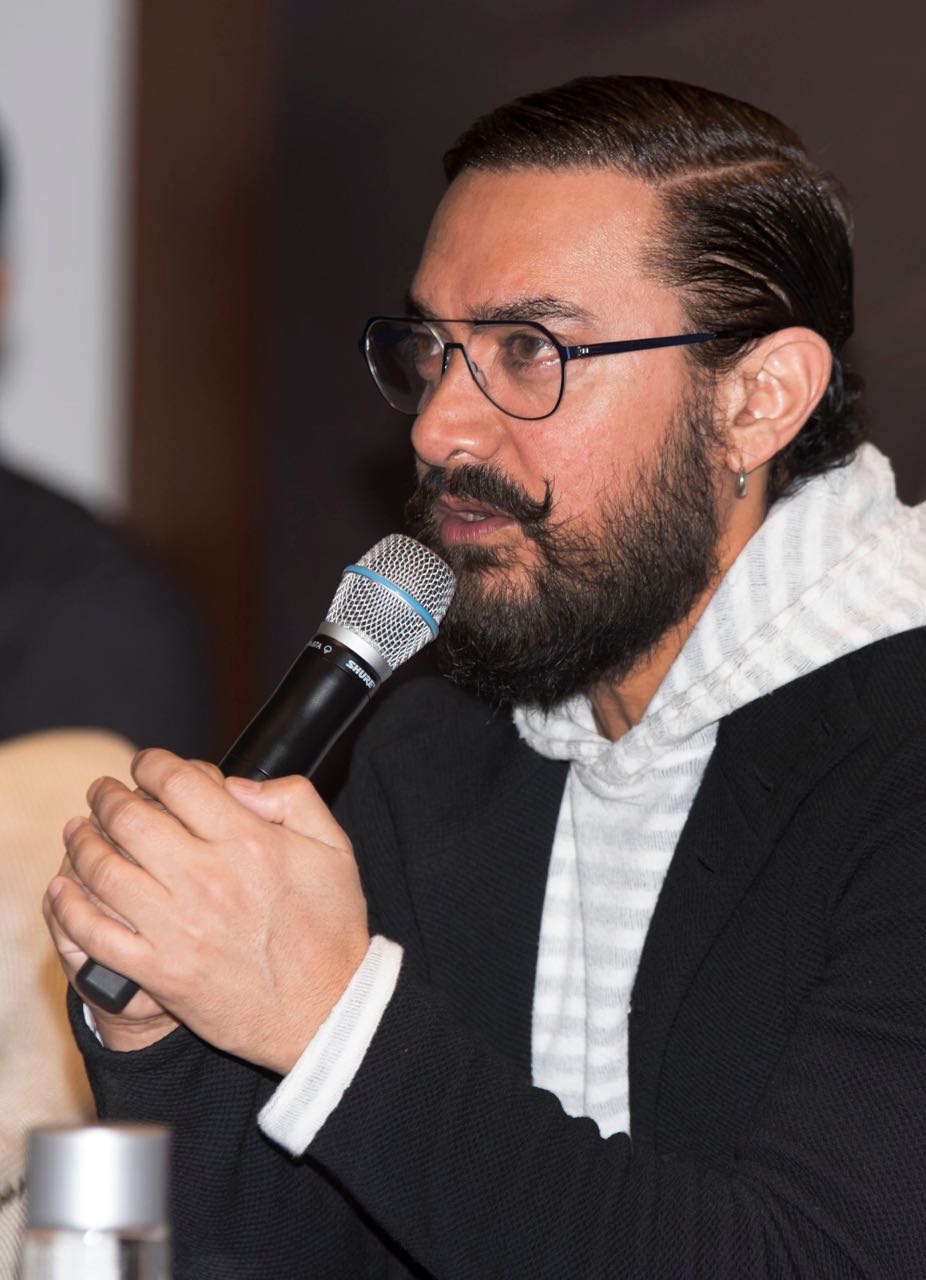 CtoI: Whenever you’re shooting a movie you start smoking, but you don’t smoke otherwise. With a lot of weight training done for the movie, were you still smoking then? What about now?

Aamir Khan: In the beginning, I was smoking. My wrestling coach Kripa Shankar Bishnoi is very strict. He told me I should never smoke on the mat, and did not want me to go on the mat if I had just smoked. He was very strict and I had to quit smoking so I could be allowed on the mat.

I’m back to smoking, although I don’t think other people should. I want young kids to know that if you’ve never tried smoking – never try it. Don’t even go there. It’s not good for you. It’s something that’s very addictive so it’s difficult to stop once you start, and it gives you nothing. It’s of no use to you. Go have some good food, a great time.

It’s a constant struggle with smoking for me. I want to give it up and it affects my stamina, but I stop for sometime and then the craving comes back again.