Legendary actor and comedian, Jagdeep passes away at 81

Veteran actor and comedian, Syed Ishtiaq Ahmed Jafri, popularly known by his screen name Jagdeep, passed away yesterday at his residence in Mumbai.  He was 81.

Jagdeep was awarded the Lifetime Achievement Award at the 20th Edition of the International Indian Film Academy Awards (IIFA Awards) just a little over a year ago in September 2019. 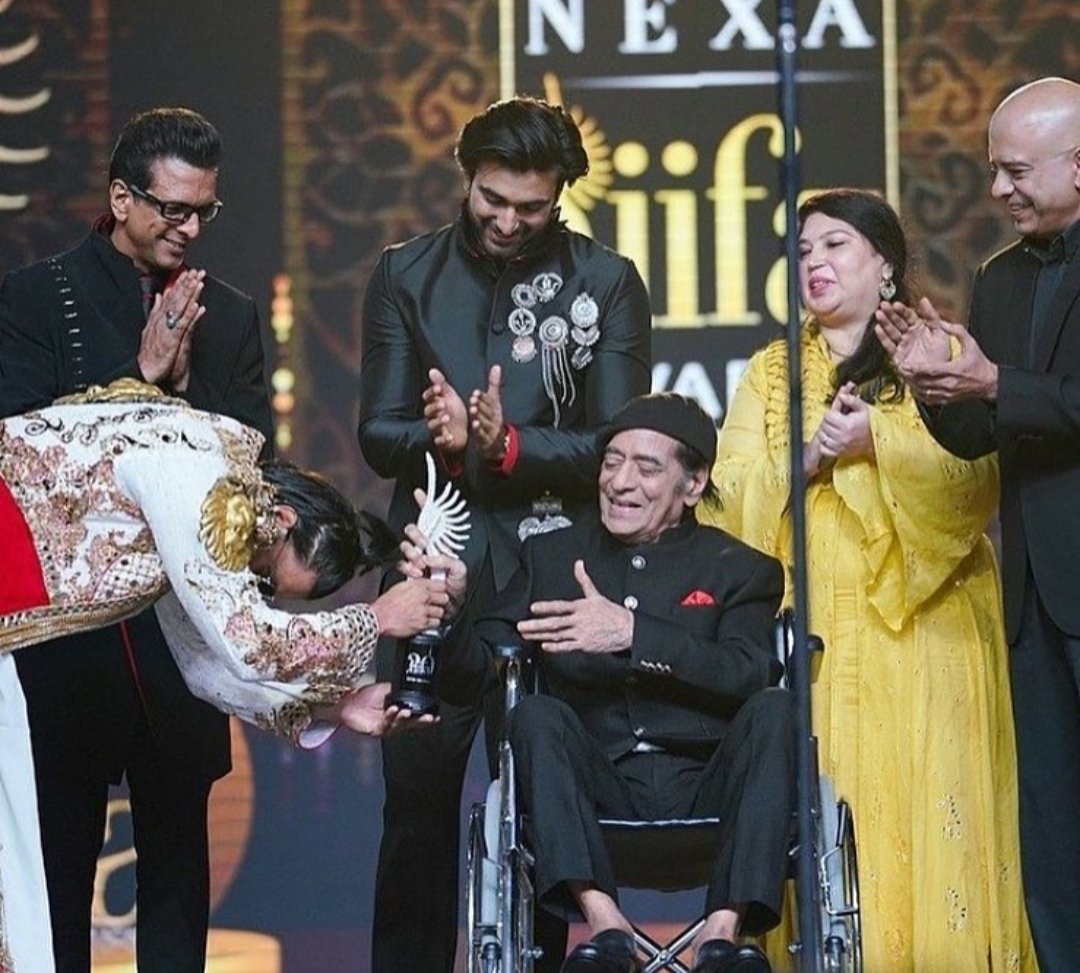 Jagdeep was awarded the Lifetime Achievement Award at the 20th Edition of the International Indian Film Academy Awards (IIFA Awards) just a little over a year ago in September 2019. Photo Courtesy: Twitter

The actor who was not keeping well due to age related issues, is survived by sons Jaaved Jaaferi (dancer, actor, producer) and Naved Jafri. The siblings hosted popular dance show Boogie Woogie together.

Jagdeep is acclaimed and is best known for his role as Soorma Bhopali in the long running super hit movie "Sholay". 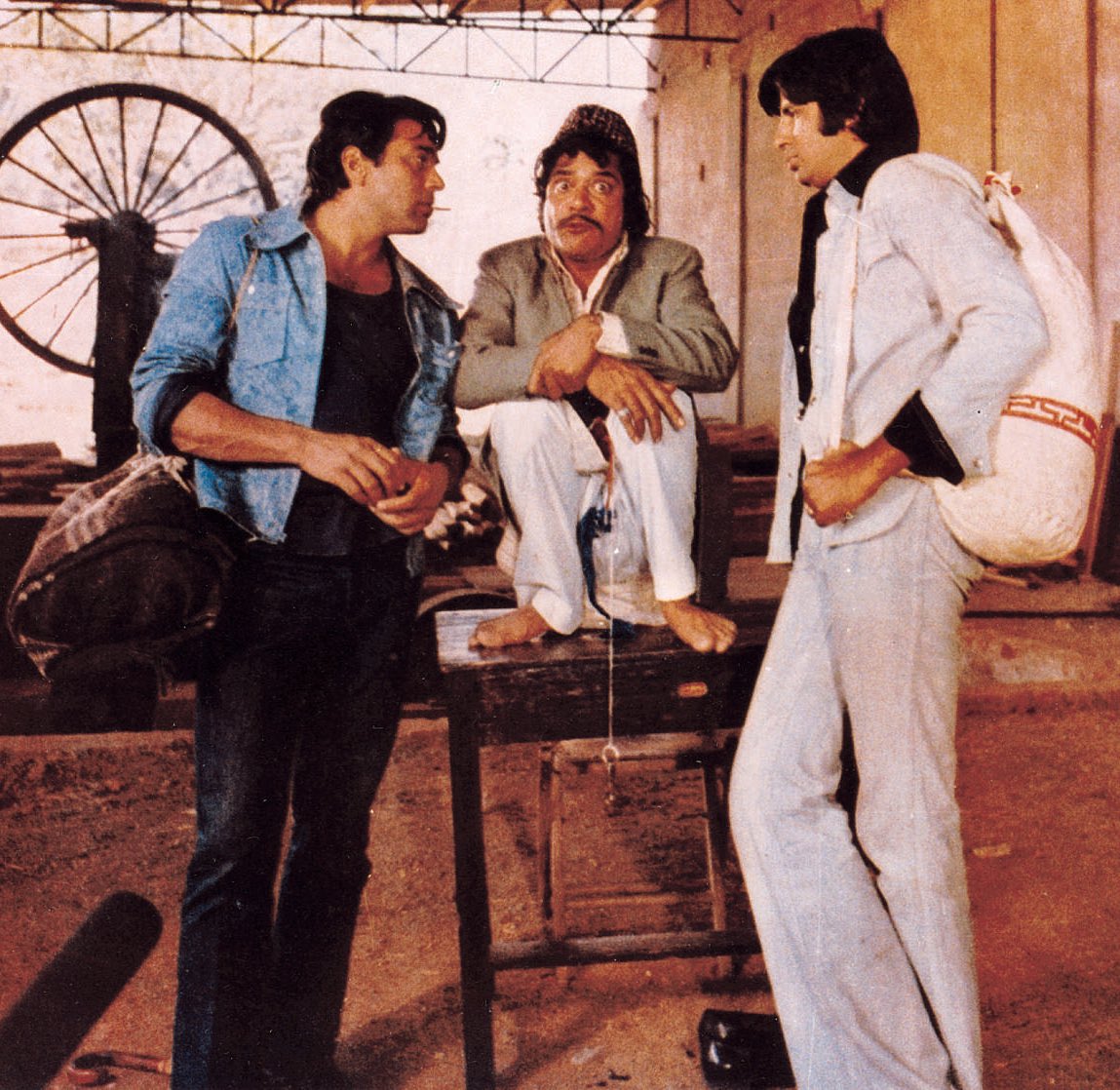 Jagdeep is acclaimed and is best known for his role as Soorma Bhopali in the long running super hit movie "Sholay". Photo Courtesy: Twitter

Bollywood fraternity mourned the death of the actor who had excellent comic timing and a legendary voice on social media.

Comedian Johnny Lever remembered the first time he ever faced the camera it was with the late Jagdeep in the film 'Yeh rishta na toote'.

My first film & the first time I ever faced the camera, was in the film #yehrishtanatoote with the legend himself #Jagdeep bhai. We will miss you...May his soul rest in peace 🙏🏽 Our prayers & deepest condolences to the family. pic.twitter.com/uhBjYSZdVe

Javed Akhtar recalled the child actor who started his career at the age of nine.

Jagdeep saheb had first appeared on the screen as a winsome child Artiste in films like Do bigha Zameen . As a young man he played highly emotional n dramatic roles in films like Bhabi , patang . Comedy was his second successful inning . Great talent , underused . Good bye sir .

Anil Kapoor said that he was his huge fan.

Jagdeep Saab was one of the greatest actors of India...I was his huge fan & was lucky enough to have worked with him in Ek Baar Kaho & many more films...he was always extremely supportive & encouraging...sending my heartfelt condolences & prayers to my friend Javed & family... pic.twitter.com/0ZXsridyL8

Always enjoyed watching him on screen. Prayers for Jagdeep Saab's soul, wrote Ajay Devgn in his tribute on Twitter.

Heard the sad news of Jagdeep Saab’s demise. Always enjoyed watching him on screen. He brought so much joy to the audience. My deepest condolences to Jaaved and all members of the family. Prayers for Jagdeep Saab’s soul🙏

Rainbow in the sky is what director Mahesh Bhatt called him in his tweet.

He was a ‘rainbow’ in our sky!! Filled our life with laughter. An outstanding actor. Goodbye Sir ! 🙏🙏🙏Actor Jagdeep passes away at 81 https://t.co/XgvmVE8V4o via @IndianExpress

Randeep Hooda thanked him for all the entertainment.

Rest in peace #Jagdeep saab .. thank you for all the entertainment 🙏🏽 pic.twitter.com/S4uTY8kyyp

Starting his career as a child actor at the age of nine, Jagdeep’s first film was BR Chopra's Afsana in 1951. Among his memorable roles were those in Purana Mandir, Bombay to Goa and classic comedy Andaz Apna Apna in which he played Salman Khan's father.

Jagdeep also acted and directed in a movie Soorma Bhopali in 1988, which had cameos from Amitabh Bachchan, Dharmendra and Rekha. The late actor has worked in close to 400 films over his 5 decade career.