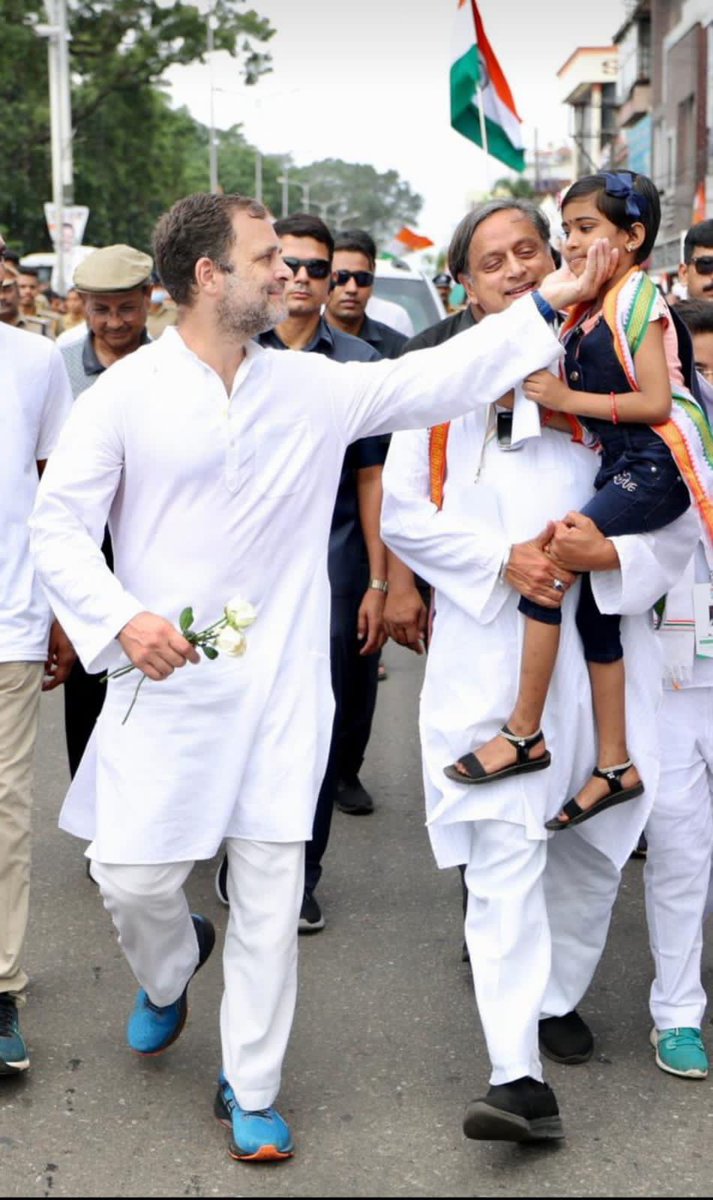 The yatra will cover 12 states and two Union territories, and a distance of 3,570 km from Kanyakumari in Tamil Nadu to Jammu and Kashmir over a period of 150 days. Photo courtesy: Twitter/@bharatjodo

There has been an encouraging turnout of people who have been lining up the streets of the state in thousands to extend support to Rahul Gandhi who has embarked on the 3,500 km Kanyakumari-Kashmir footmarch.

The 150-day yatra had been launched from Kanyakumari in neighbouring Tamil Nadu on March 7. Gandhi commenced his walk from Vellayani junction.

Besides those turning up to join the yatra, scores of people lined up on both sides of the road to witness the padayatra' led by Gandhi, who is also the MP from Wayanad in Kerala.

The Bharat Jodo Yatra, which entered Kerala on Saturday evening, will traverse through the state covering 450 kilometres, touching seven districts over a period of 19 days before entering Karnataka on October 1.

On Sunday, when the day's yatra ended at Nemom here, Gandhi had said Kerala respects everyone and does not allow itself to be divided or hatred to spread, and that the Bharat Jodo Yatra, in a sense, was an extension of these ideas.

"Standing together, working together in harmony is natural and normal for the people of Kerala and you have shown this to the rest of the country. "Kerala respects everyone in Kerala. It does not allow itself to be divided nor does it allow hatred to spread in the state. So in a sense, Bharat Jodo Yatra is just an extension of the ideas that prevail in Kerala," he had said.

The first day of Congress' Bharat Jodo Yatra in Kerala, where the party has a significant cadre base and followers, had also seen a huge turnout which increased during the day as the journey progressed from Parassala to Nemom in the southernmost district of the state.

The yatra will cover 12 states and two Union territories, and a distance of 3,570 km from Kanyakumari in Tamil Nadu to Jammu and Kashmir over a period of 150 days.

There will be mega rallies in 22 major cities.