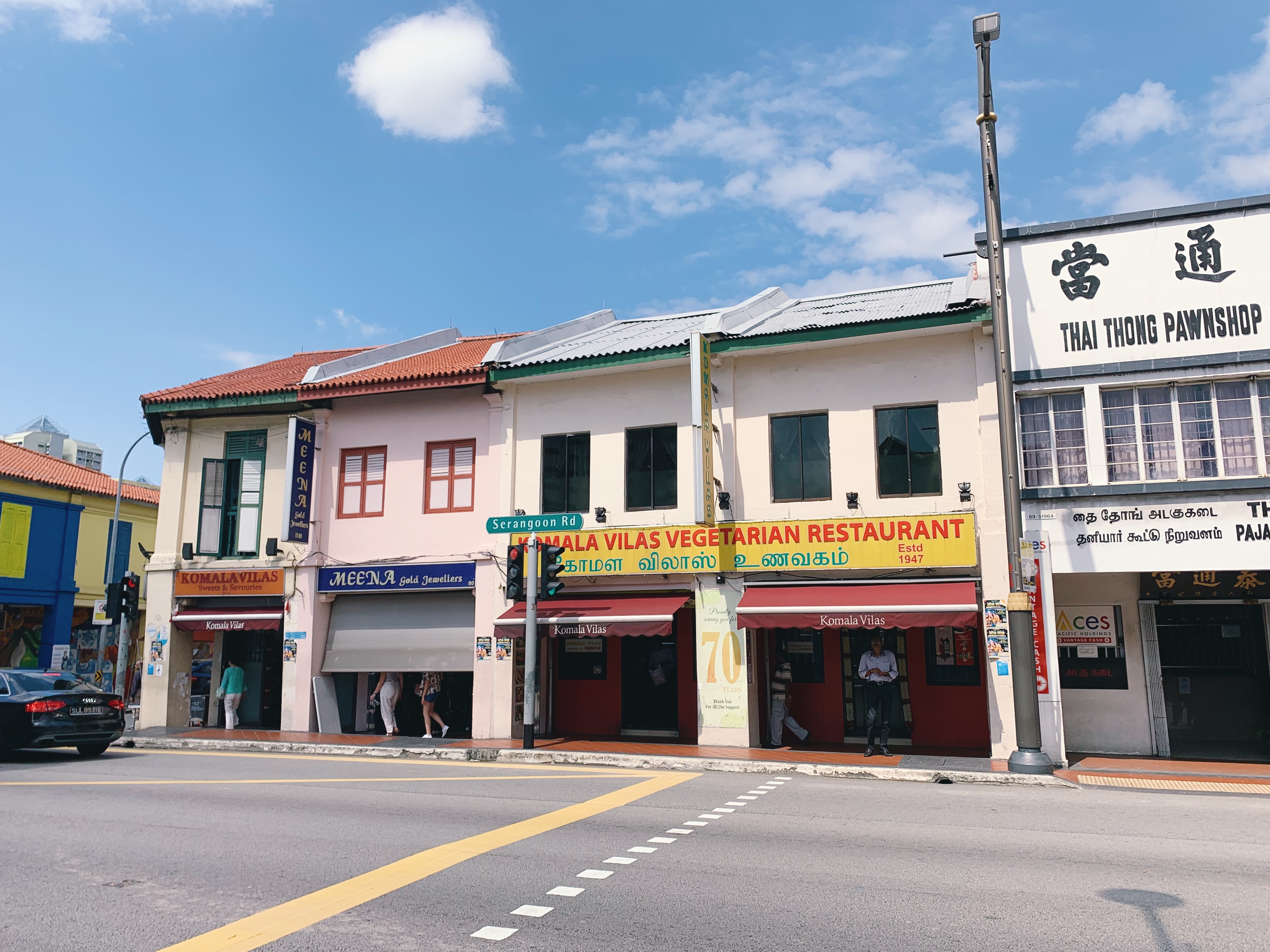 This was the restaurant Indian Prime Minister Narendra Modi dined at when he visited Singapore in 2015.

Having first opened its doors in 1947 along Serangoon Road – in the cultural enclave of “Little India” – Komala Vilas is one of the oldest vegetarian restaurant in Singapore.

And PM Modi was brought there by none other than Singapore’s Prime Minister Lee Hsien Loong and his wife Ho Ching. The trio enjoyed a vegetarian spread of idli, vadai, and thosai – which the restaurant is famous for.

The restaurant owes its origins to 16-year-old OM Rajoo who landed on the shores of Singapore in 1936. He had travelled from his native Tamil Nadu, India, in search of work.

“My grandfather, OM Rajoo, arrived in Singapore when he was just a teen and found a job at a restaurant named Sri Karuna Vilas,” related Rajakumar Gunasekaran, Operations Director, Komala Vilas. “He worked hard, moved up the ranks, and in ten years time, managed to save up enough to buy over the restaurant.” 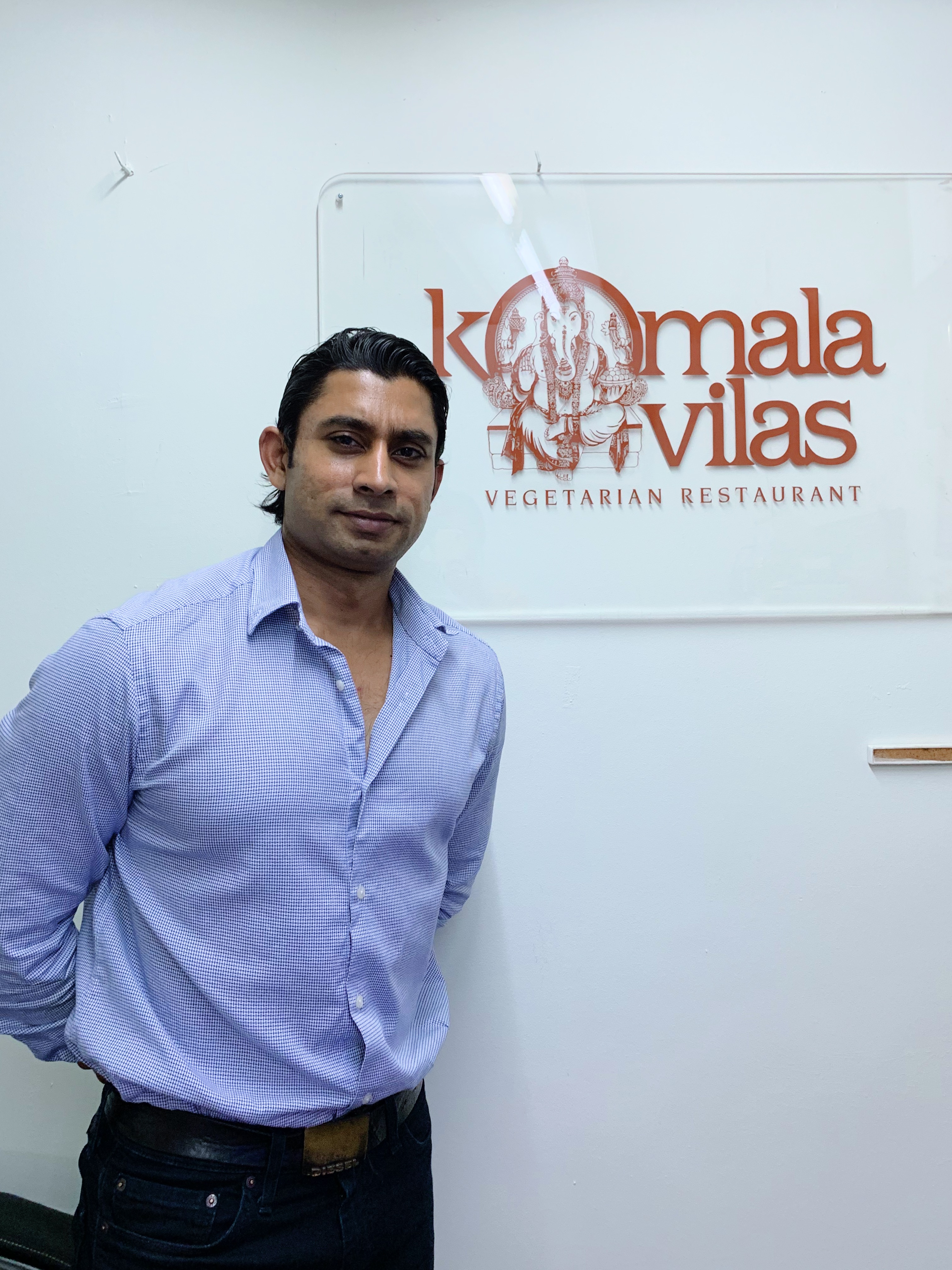 OM Rajoo then renamed the restaurant Komala Vilas – after the wife of the original owner. “Her name was Komala, and she was like a mother to him, taking care of him when he first arrived on the shores of Singapore.”

While the restaurant kept its vegetarian menu, OM Rajoo started serving meals, inspired by the time-honoured cooking traditions in India’s Tanjore District in Tamil Nadu, on fresh banana leaves. Over the years, the menu was expanded to offer customers a wider variety of authentic dishes from India.

In a city-state that counts Tamil as one of its official languages, Komala Vilas is an icon and a household name. Despite facing competition from an array of Indian food spots, it remains one of the most visited vegetarian restaurants in Singapore. 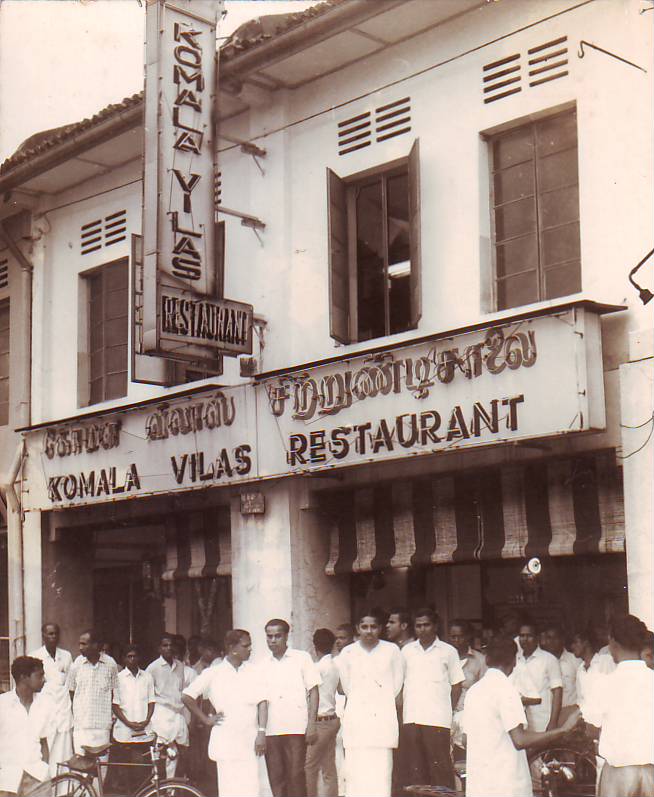 “We stick to original recipes”

One of the secrets to Komala Vilas’ success is its tradition of hiring only chefs from India after an extensive vetting process.

“We want to make sure we get the best cooks from India,” said Raja. “We would make a trip to India ourselves, make them go through trials and taste their food, before bringing them over. It has always been this way.”

Komala Vilas goes to great lengths to ensure the vegetarian food is authentic. “We stick to original recipes, and we tweak absolutely nothing.”

Raja shared that there would be foreign customers who would walk in enquiring about the level of spiciness of the dishes. He would assure them there is nothing to worry about. “I always tell them it is never too spicy – vegetarian food is never too spicy for people to try.”

The changing demographics of Indians in Singapore

When Raja joined the family business ten years ago, he introduced North Indian dishes to the Komala Vilas menu. 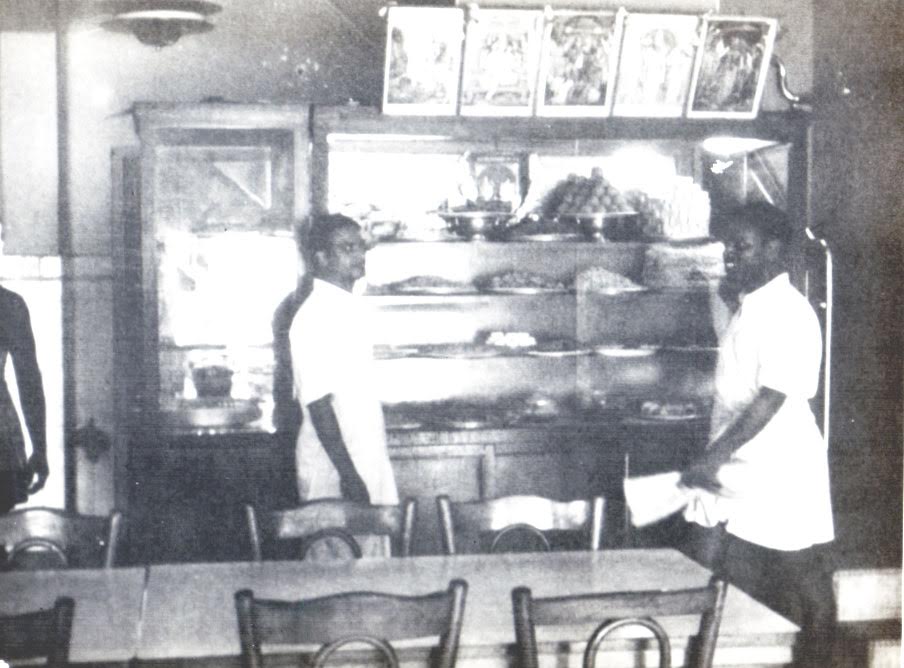 “Even as we remain rooted in our tradition, the restaurant has never stopped evolving with the times and trying new things. There was an influx of North Indians moving to Singapore at that time, and I saw that it was important that we cater to these customers.”

Komala Vilas was probably the first restaurant to bring the popular North Indian bread bhatura to Singapore. “But that’s just my side of the story. If you go to another restaurant, they might make the same claim,” he added. 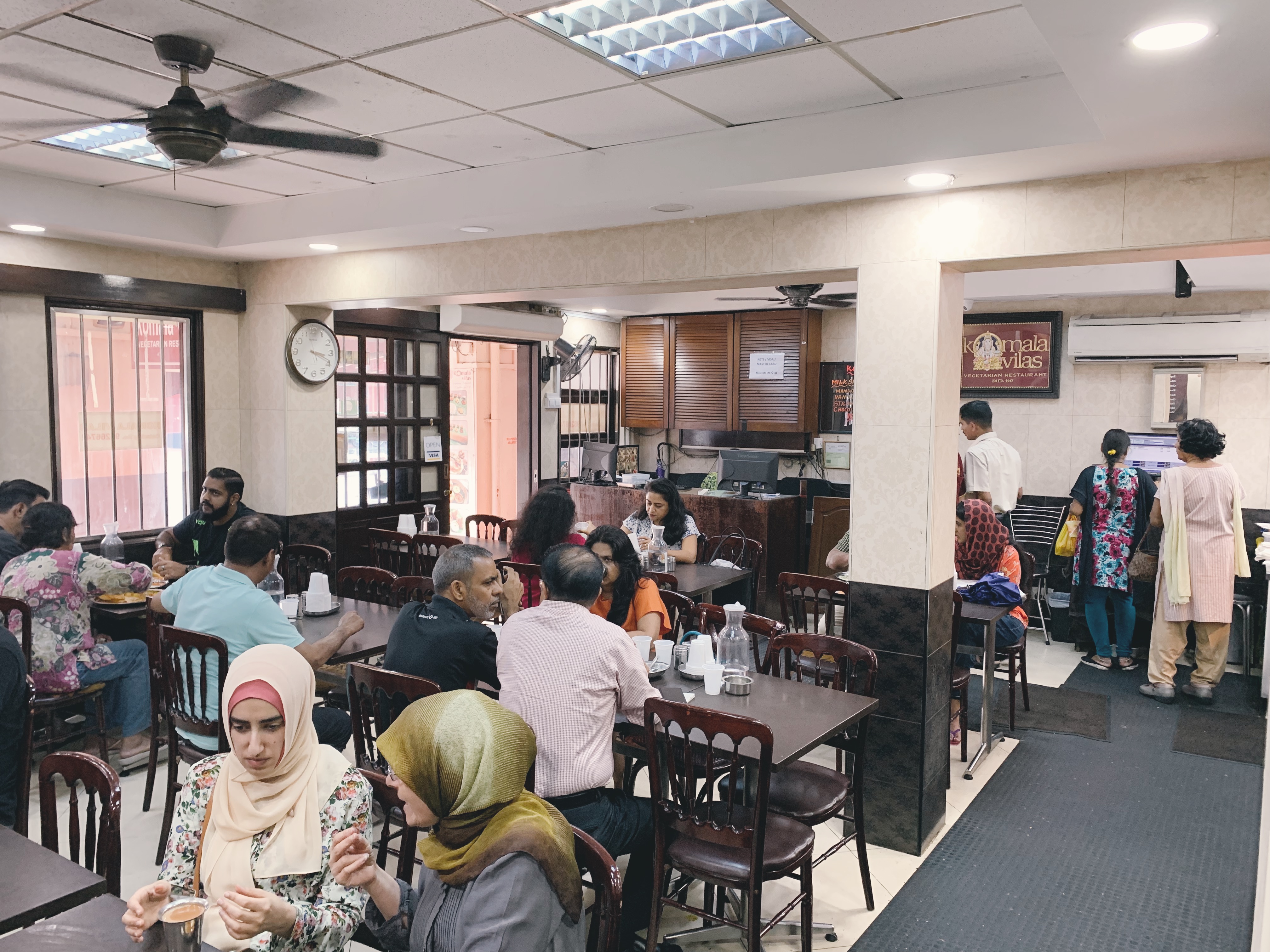 Exciting times are ahead as the restaurant seeks to, in the near future, open a branch in the eastern part of Singapore – an area popular with the North Indian expatriates. “It could happen in six months, or a year, but definitely it is coming.”

So what is a must-try at Komala Vilas? “You can't go wrong with masala thosai. I have yet to meet a person who had our masala thosai and not liked it,” Raja said.