Kharge frontrunner to be next Congress chief: Reports

Indian National Congress veteran Mallikarjun Kharge is the frontrunner to take over the party presidency from Sonia Gandhi and become the first non-Gandhi AICC leader in 24 years, as the voting in the 'Kharge vs Shashi Tharoor' clash took place yesterday. The votes are set to be counted tomorrow. 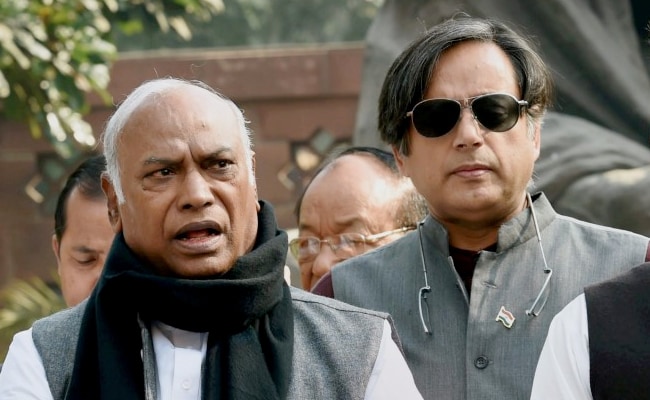 Congress election authority chairman Madhusudan Mistry has said voting was through secret ballot and votes from all booths will be mixed before counting at the party headquarters on October 19. Photo courtesy: PIB

Over 9,000 state delegates voted in the much-awaited election across 67 voting booths in states and at the AICC headquarters. Forty electors and Rahul Gandhi voted at the Bharat Jodo Yatra campsite in Bellary in Karnataka, while Sonia and Priyanka Gandhi Vadra cast their ballot at the AICC.

Congress election authority chairman Madhusudan Mistry has said voting was through secret ballot and votes from all booths will be mixed before counting at the party headquarters on October 19.

Though this is Congress's internal polls, the campaigning has had its share of controversies with underdog Tharoor repeatedly alleging that the system was skewed in favour of Kharge, especially with senior leaders issuing appeals in favour of the veteran and state managers shunning him during his campaign visits. The Kerala MP also accused "some leaders", without naming them, of "indulging in netagiri" by telephoning PCC delegates to claim that Kharge was the choice of the Gandhi family, even though Sonia Gandhi has conveyed that the family was "neutral".

Kharge filed the nomination after Rajasthan CM Ashok Gehlot pulled out of the race. Gehlot was the undeclared "official" candidate. Given that Kharge replaced Gehlot, he is viewed as the establishment's choice. Tharoor has argued a contested election was good for the party, and pointed to the leadership clash in the British Conservative party to elect the PM to replace Boris Johnson.