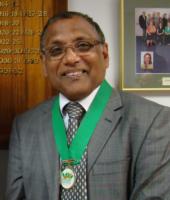 Philip Abraham, an Indian-origin councillor, has been elected mayor of the populous Loughton town in the United Kingdom (UK). He was serving as the deputy mayor for the last one year and has taken over from previous mayor Carol Davis.

"I am absolutely thrilled to have been elected as the mayor. I feel honoured to have been given the opportunity to serve the community as mayor," Abraham said after the election.

Loughton is the most populous town in the Epping Forest District of Essex. The mayor represents the town at civic occasions, as well as at events held by the town's schools, clubs and other community and charitable organisations.

In the first meeting chaired by Abraham, councillor Stephen Murray was elected the new deputy mayor. Abraham, who represents the Alderton ward, was first elected to the council in 2012 and re-elected in 2016. He is supported by a non-political local organisation called Loughton Residents Association (LRA).

The Kerala-born councillor is also very involved with other Indian communities in the UK. He is the founder of the UK-Kerala Business Forum and the co-founder of British South India Council of Commerce.