Kenneth Juster sworn in as US Ambassador to India, replaces Indian-American Richard Verma

Kenneth Juster, a top economic expert on India, has been sworn in as the US Ambassador to India, PTI reported. Juster has replaced Indian-American Richard Verma as the top American diplomat to India. 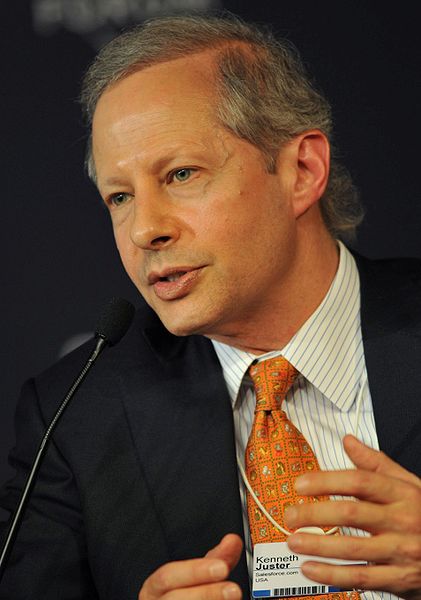 The position has been lying vacant since January 20 after Verma resigned from the post after the swearing in of Donald Trump as the 45th President of the US.

His nomination was confirmed by the US Senate unanimously on November 2. Juster founded and served as the US Chair of the US-India High Technology Cooperation Group, and was one of the key architects of the 'Next Steps in Strategic Partnership initiative' between the US and India.

"Congrats, Ken Juster, the new US Ambassador to India!" Vice President Mike Pence said in a tweet after administering the oath of office to him on Monday.

"The ties between the United States and India run deep, and @POTUS & I are confident that with his leadership, integrity and experience, Ken will build an even stronger partnership that will benefit our nation & our people," Pence said.

Congrats, Ken Juster, the new U.S Ambassador to India! The ties between the United States and India run deep, and @POTUS & I are confident that with his leadership, integrity & experience, Ken will build an even stronger partnership that will benefit our nation & our people. pic.twitter.com/wrczzpflya

An old India hand, Juster, 62, is expected to be headed for India soon so as to prepare for and ensure a successful visit of Ivanka Trump to Hyderabad later this month.

Daughter of the US President Donald Trump and his senior presidential advisor, Ivanka will be leading a high-powered delegation of American officials and entrepreneurs to attend the Global Entrepreneur Summit being hosted by India in Hyderabad.

Juster’s work related to India played an important role in the transformation of the US-India relationship and helped provide the foundation for the historic civil nuclear agreement between the two countries.

Most recently, Juster had served as the Deputy Assistant to the President for International Economic Affairs and Deputy Director of the National Economic Council. He played a key role in enhancing the Indo-US ties under the Bush administration. He has also served as the Counsellor (acting) of the State Department from 1992-1993, and deputy and senior adviser to the Deputy Secretary of State from 1989-1992.

In the private sector, he has been a partner at the investment firm Warburg Pincus LLC, Executive Vice President at Salesforce.com, and senior partner at the law firm Arnold & Porter.

He has also served as Chairman of Harvard University's Weatherhead Centre for International Affairs, and as Vice Chairman of The Asia Foundation.

Juster holds a law degree from the Harvard Law School, a master’s degree in Public Policy from the John F Kennedy School of Government at Harvard, and a bachelor’s degree in Government from Harvard College.