The event hosting US President Donald Trump in Gujarat will now be known as 'Namaste, President Trump' as the Indian government has decided to make the switch from the more regional 'Kem Chho, Trump' theme days ahead of the US leader’s maiden Presidential visit to India. 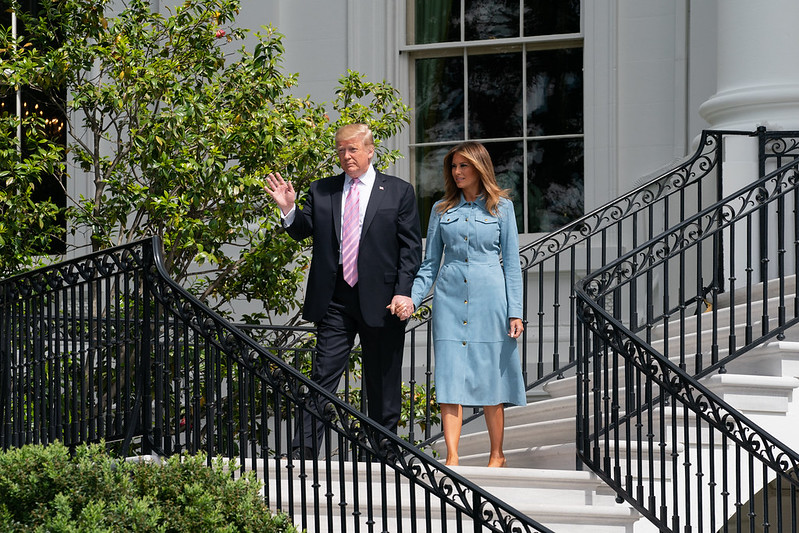 Trump and First Lady Melania are scheduled to visit Ahmedabad and New Delhi on February 24 and 25, according to a White House announcement earlier this week. Photo courtesy: White House

Gujarat government officials have confirmed the renaming of the event as per the Centre's directions. Trump will start his two-day India visit in Ahmedabad on February 24, where he will take part in a grand roadshow, visit the Sabarmati Ashram and inaugurate the newly built Motera cricket stadium with Prime Minister Narendra Modi. Trump, along with Modi, is expected to deliver a historic speech in front of a huge crowd at the largest cricket stadium in the world.

Trump and First Lady Melania are scheduled to visit Ahmedabad and New Delhi on February 24 and 25, according to a White House announcement earlier this week.

This would be the US President's first bilateral visit of the decade and also the first after his impeachment trial acquittal by the Senate. The visit is also seen as an attempt by the President to woo the sizable Indian diaspora in the US in an election year.

Trump will also meet the country's top business leaders, senior bureaucrats and top executives from American corporations in New Delhi on February 25 in a bid to push for deeper trade and business relations between the two nations.