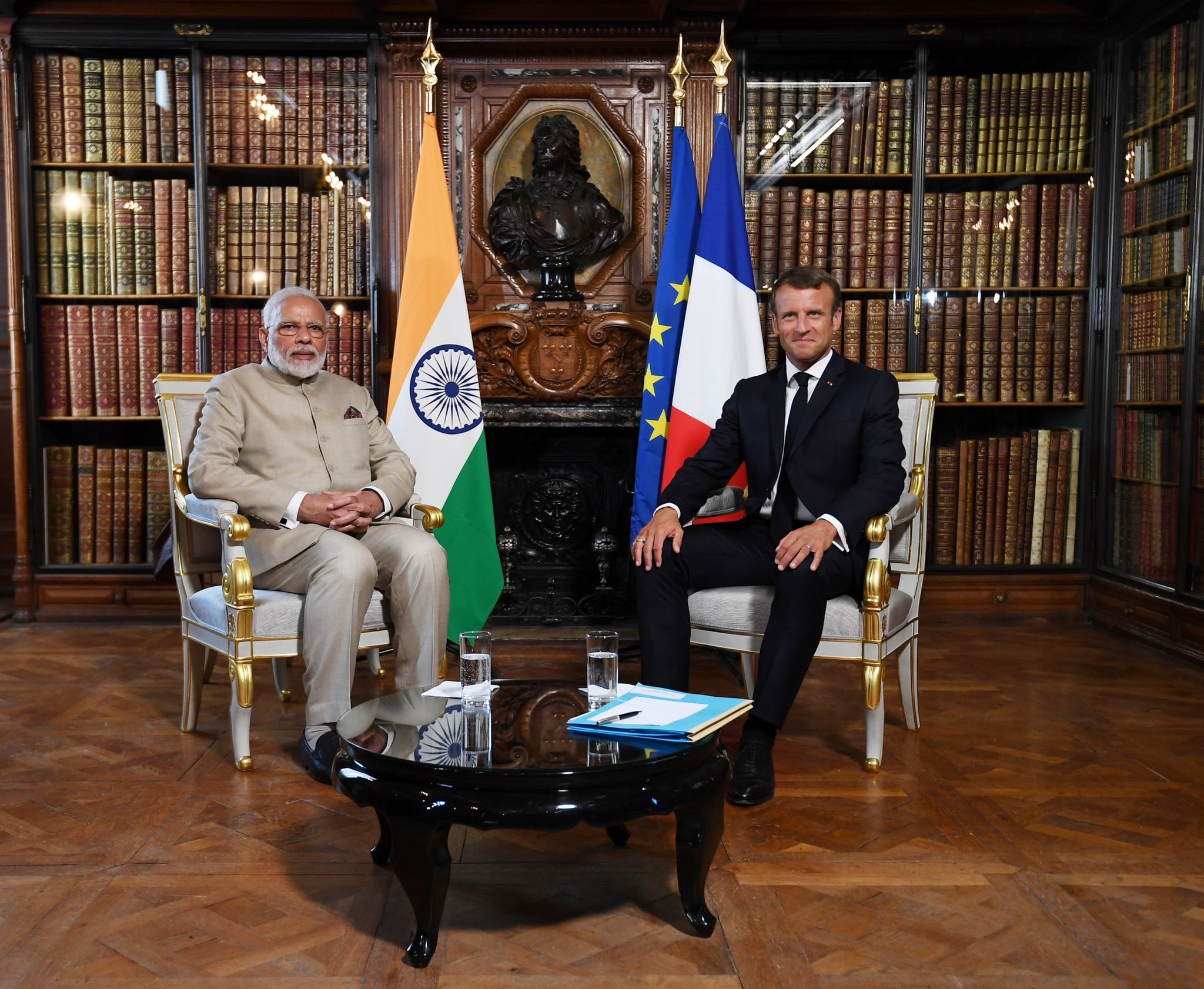 The two leaders had a more than 90-minute long meeting on Thursday at Chateau de Chantilly, located about 50 km north of Paris. In a joint statement issued after the talks, President Macron said that PM Modi had briefed him about India's decision to revoke the special status of Jammu and Kashmir and that this is in India’s sovereignty. 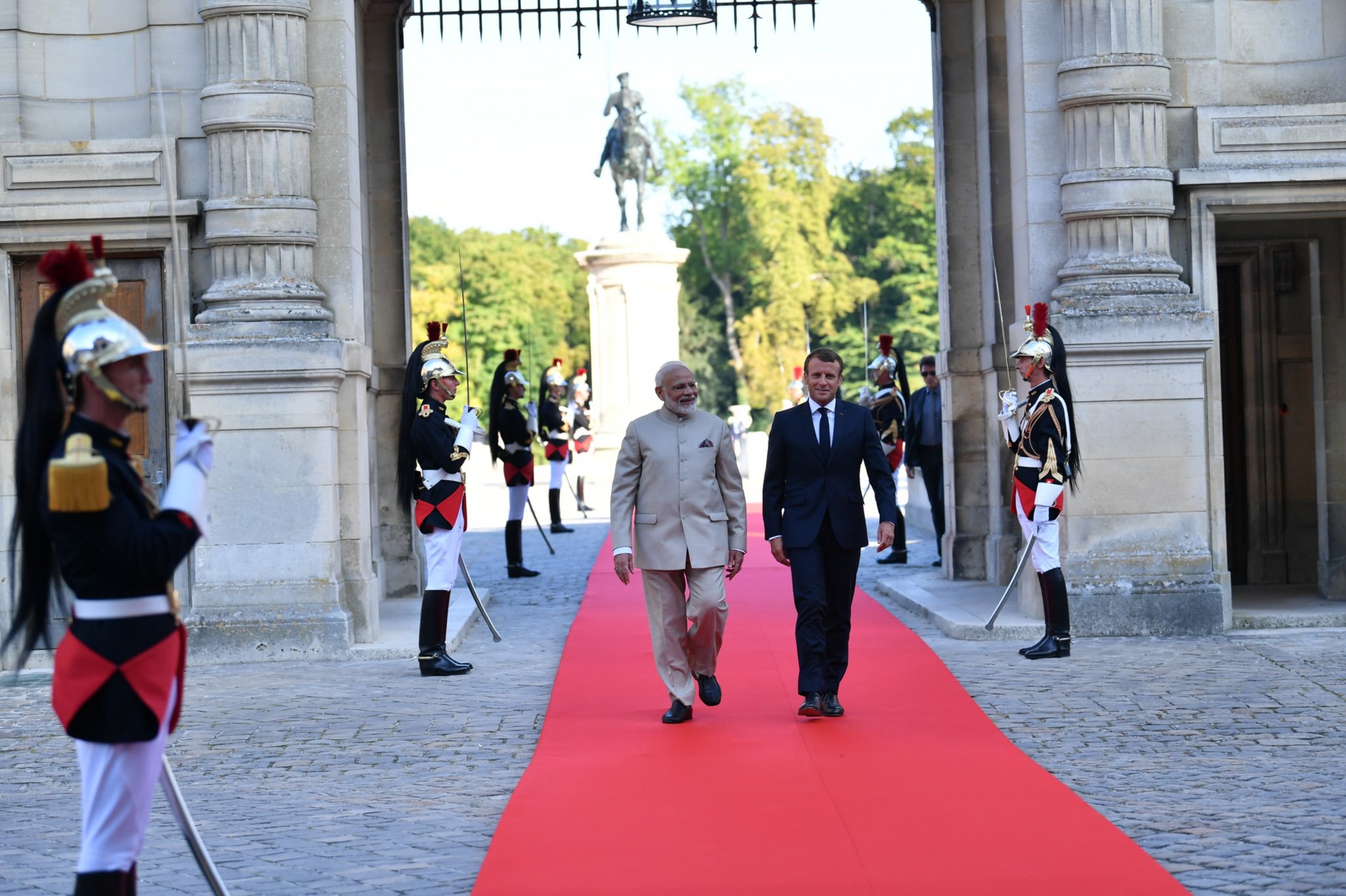 Macron has said that the Kashmir issued should be resolved bilaterally. Photo courtesy: Twitter/@narendramodi

Macron also said that he told Modi it was the responsibility of both India and Pakistan "to avoid any deterioration on the ground which could lead to an escalation.''

He added that France would "remain attentive to ensure the interests and rights of the civilian populations are properly taken into account in the territories on both sides of the ceasefire line". He said that peace should be maintained in the region and people’s rights should be protected.

"I will also speak to Pakistan Prime Minister (Imran Khan) after a few days and tell him that the talks should be held bilaterally," the French president said. 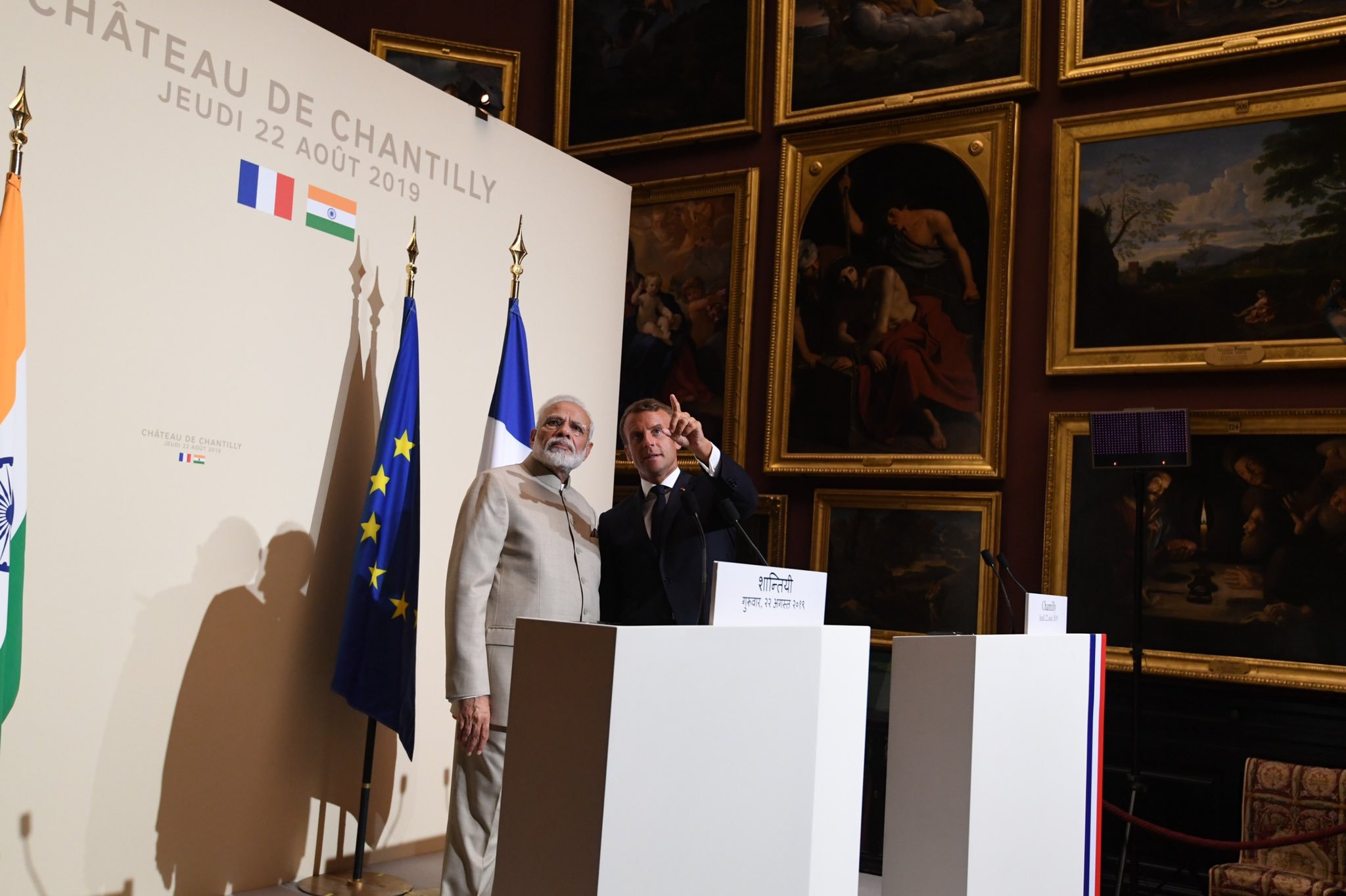 France will deliver the first of 36 Rafale fighter jets to India next month. Photo courtesy: Twitter/@narendramodi

Macron also said that France will deliver the first of 36 Rafale fighter jets to India next month.

"Both our countries are constantly facing terrorism. We thank President Macron for the valuable support that France has received in combating cross-border terrorism. We intend to broaden cooperation on security and counter-terrorism," Modi said.