Kapila Venu- Her Art, Her Eyes and Their Compelling Stories

Kapila Venu performs in the oldest living theatre tradition of India, Koodiyattam. It is believed to be 2,000 years old and is the only surviving Sanskrit theatre tradition. Conventionally performed in Hindu temples in the Indian state of Kerala it is recognised by UNESCO as a ‘Masterpiece of the Oral and Intangible Heritage of Humanity’. One of the few dance forms that fall under this ancient dance tradition is the Nangiar Koothu, a solo narrative art form performed by females, known for its expressions of the eyes. Master exponent Kapila Venu brings to Kalaa Utsavam this rich art form. Experience characters and stories come alive in her eyes on 18th and 19th November at 6pm at the Esplanade Annexe Studio.

Kapila shares with Connected to India her views on her art and its evolution, the need for Sita’s narrative, experiences as a visiting faculty at Singapore’s Intercultural Theatre Institute, and on presenting her favorite pieces from her repertoire in Singapore. 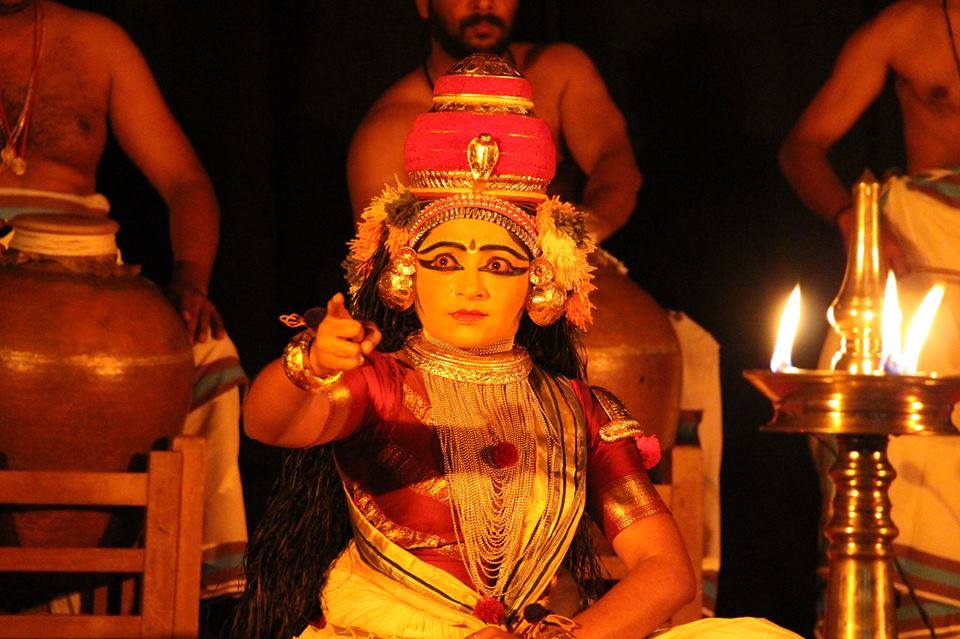 Connected To India (CtoI): Koodiyattam is the last surviving Sanskrit theatre tradition with a history of 2,000 years. What is Koodiyattam all about?

Kapila Venu: When I try to understand the construct of Koodiyattam as we know it today, three things come to my mind. One, the significantly long, unbroken lineage of practitioners who for over two thousand years have brought about a certain distillation, sophistication and complexity in the theatre language, craft and technique; two, that this is an amalgam of the best of two worlds, the margi – the mainstream Sanskrit theatre tradition and the desi – the regional culture and aesthetics; and three, that unlike most of its contemporaries in other parts of the world, we see in Koodiyattam the presence of the female performer together with her male counterpart.

CtoI: As a preserver and promoter how do you see the art form continuing and evolving in the future?

Kapila Venu: I think Koodiyattam, Nangiar Koothu manifest an awareness of a history of art, but also carry this awareness forward in its practice. It is still practiced, performed and seen as belonging to a great narrative and this narrative is the long unbroken flow of the tradition which includes rigorous training and strict adherence to the technique and conventions of the form and the spirit of the art form from the master to disciple. However I have always believed that artforms have to evolve and transform together with society. I aspire for the re-interpretations of texts, content, narratives and in some cases even techniques that are relevant to human life as it evolves. The artform needs to imbibe changing values whether its about gender, race, sexuality, religious and cultural tolerance etc. 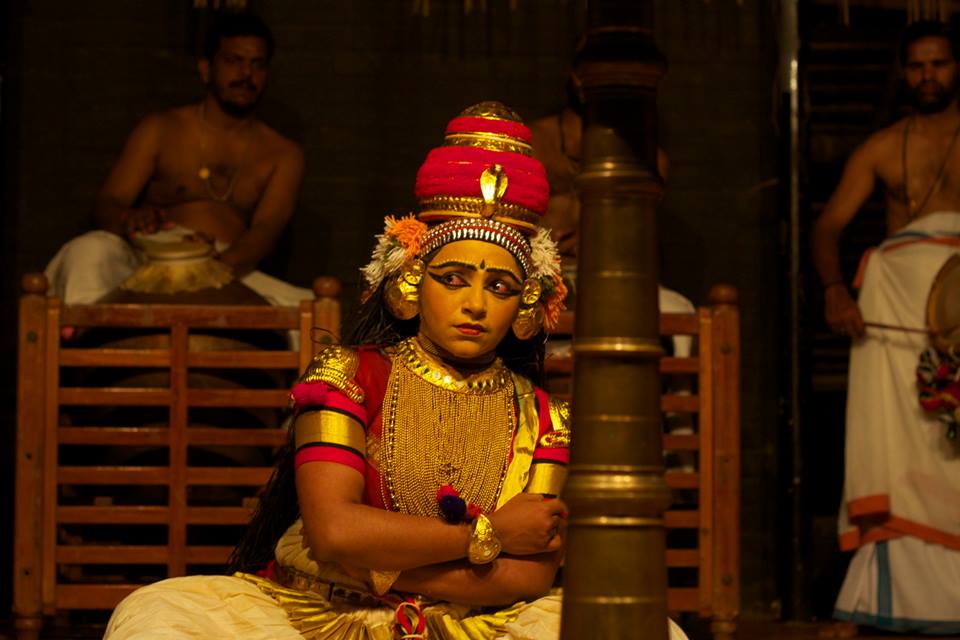 CtoI: You will be presenting two stories during Kalaa Utsavam in Singapore. One, on the incarnation of the Giant Turtle, and the other, on Ram’s abandonment of Sita, narrated by Sita herself. What made you choose these stories?

Kapila Venu: Both these pieces were choreographed in collaboration with my father G Venu who is a renowned Kutiyattam exponent and actor-trainer. I have always felt that they are both custom made for me and my way of being both on stage and as a person. They are both performances that I have performed very many times all over the world and continue to want to perform again and again. I would say they are two of my most favorite pieces from my repertoire. Both pieces relate to audiences effectively despite Nangiar Koothu being a highly sophisticated technique. 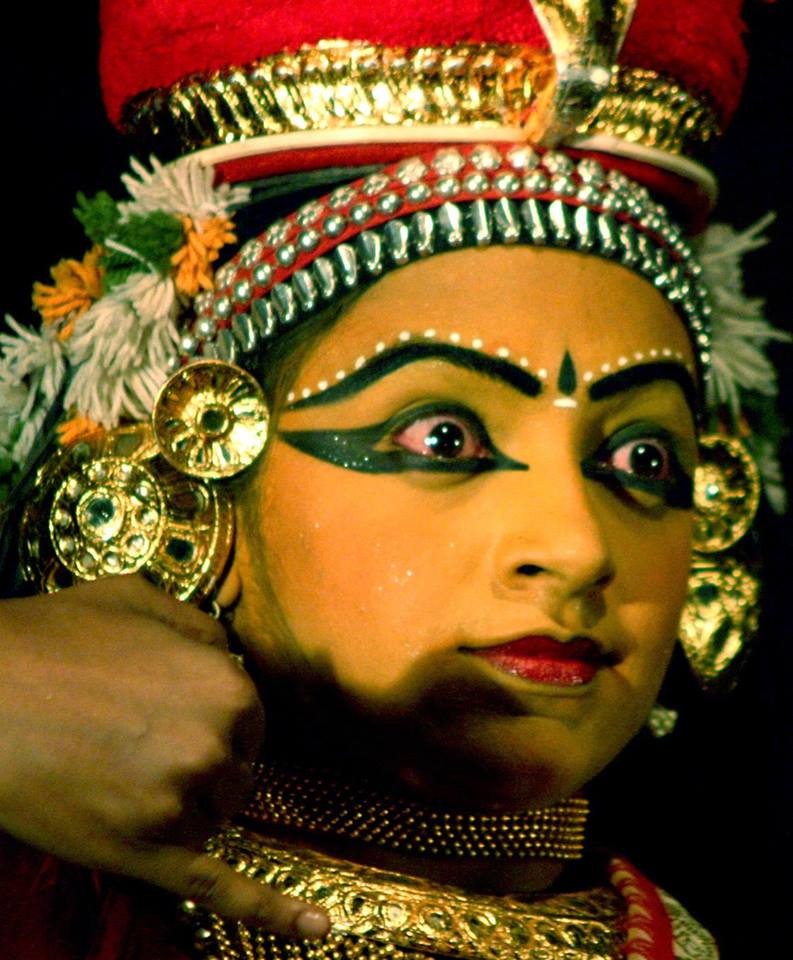 CtoI: As a woman of the 21st century how do you interpret Sita’s narration?

Kapila Venu: As a woman of the 21st century I feel that it is my duty to retell Sita's story in new light. This piece infact really comes down to Rama's desperate loneliness after finally losing Sita for a third and final time.

CtoI: Describe growing up in an environment that was steeped in the arts.

Kapila Venu: I think that the impact of one's environment on one's being is huge. I owe it all to my up bringing. My home has always been a space where artists of all calibers, genres and cultures are welcomed and respected. I am immensely fortunate that both my parents are passionately involved in the arts which facilitated my choice. I have never had to convince anyone about the relevance of being an artist. I was also immensely fortunate to have grown up in the shade of a great master - Guru Ammannur Madhava Chakyar. I have often felt that it was his beautiful, intense presence both on and offstage that really drew me towards Koodiyattam than the form itself. 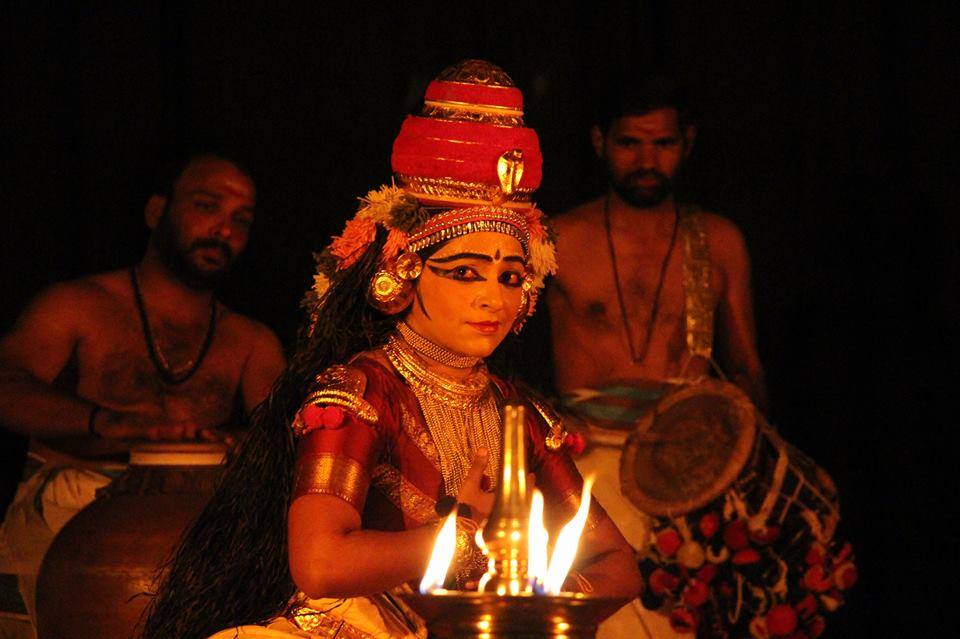 CtoI: How do you define art?

Kapila Venu: I would find it hard to describe art. What I would rather say is that I value and respect immensely any artistic expression that is genuine. I also believe that great art needs to transcend skill and talent and I am often concerned and curious about the quality of the artist as a human being.

CtoI: What are the ups and downs of being a guru teaching students the nuances and dedication needed for this art form?

Kapila Venu: The practice of any kind of art I believe demands dedication. The deeper the dedication the more beautiful the outcome.  It is not always easy to find students who have chosen to practice an art for the right reason but when that does happen, teaching can often been more intoxicating than performing itself.

CtoI: What can we do to support this art form?

Kapila Venu: Often the greatest challenge that a traditional art form and its practitioners face is the struggle for survival. To be able to lead a life where one can really focus on the art itself and have the resources that are needed for that. 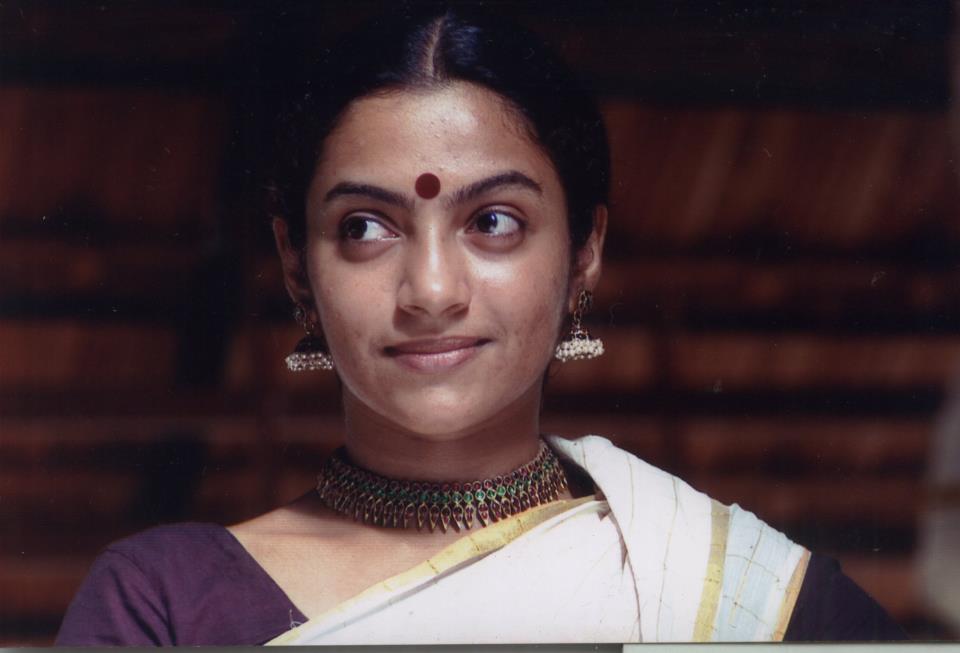 CtoI: What are your experiences as visiting faculty at Singapore’s Intercultural Theatre Institute?

Kapila Venu: It is synonymous with discipline and intense training. I always enjoy spending time with the students who are there because they really really want to. You can hardly find a person there who is not driven or deeply motivated.  The training system is also very democratic and open and there is hardly a hierarchy or power play which you would normally atleast subtly experience in a traditional set-up. I have grown immensely through my interactions at ITI.

Kapila Venu: I think in today's world it is so crucial to communicate and share artistic experiences in an international platform. Singapore is so multi-ethnic and multicultural. There lies the richness and beauty of the land. In today's world deeper understanding of each other's aesthetics and values goes a long way in making the world a more tolerant, rich and peaceful place. 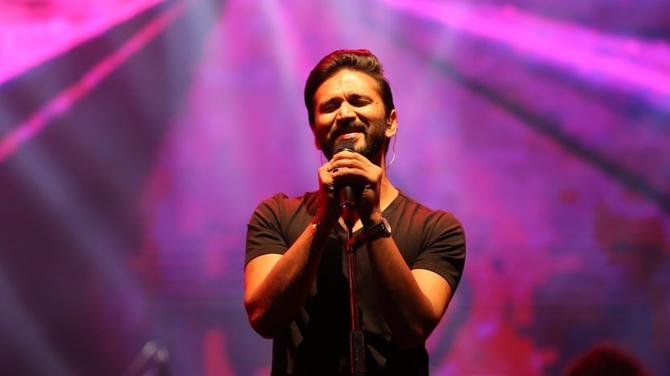