Joe Biden, the presumptive Democratic US Presidential nominee, and his new running mate Kamala Harris held their first campaign event together in Delaware. 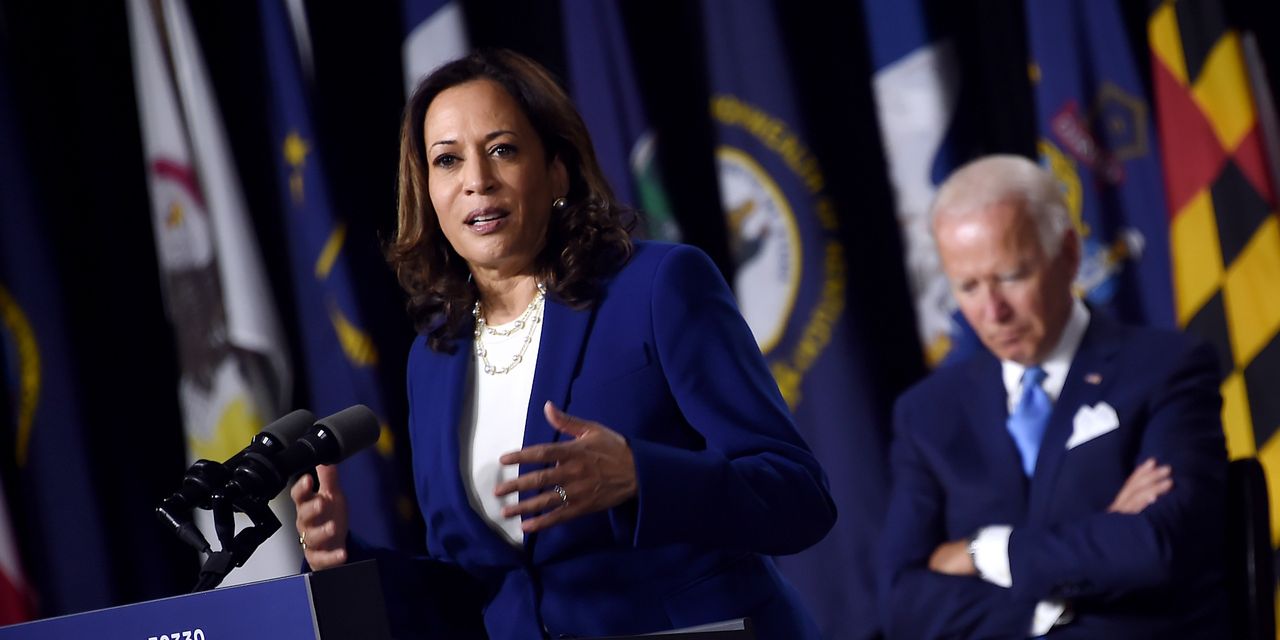 Harris also zeroed in on President Trump when discussing why the US leads the world with the most Covid-19 infections. Photo courtesy: Twitter/@ingelecevra

The candidates wore masks and maintained physical distance during their speeches.

Harris, ahead of Democratic Convention next week, urged Americans to vote. "We need a mandate that proves that the past few years do not represent who we are or who we aspire to be," she said.

During her speech, she discussed the importance of family in her life and alluded to her Jamaican-Indian roots, talking about how her parents met while protesting for civil rights in Oakland in the 1960s.

"My mother and father, they came from opposite sides of the world to arrive in America. One from India and the other from Jamaica in search of a world-class education. But what brought them together was the civil rights movement of the 1960s. And that's how they met as students in the streets of Oakland marching and shouting for this thing called justice in a struggle that continues today," she said.

The California senator said her parents would bring her to protests as a little girl "strapped tightly in my stroller".

Harris also zeroed in on President Trump when discussing why the US leads the world with the most Covid-19 infections.

"His refusal to get testing up and running, his flip-flopping on social distancing and wearing masks. His delusional belief that he knows better than the experts. All of that is reason and the reason that an American dies of Covid-19 every 80 seconds," Harris said regarding Trump.

She claimed Trump "inherited the longest economic expansion in history from Barack Obama and Joe Biden" and "ran it straight into the ground."

"Because of Trump's failures of leadership our economy has taken one of the biggest hits out of all the major industrialised nations with an unemployment rate that has tripled as of today," the senator from California said.

Biden called Harris "the right person" for the role of vice president and said her story is "America's story". He described Harris as "a child of immigrants" who "knows personally how immigrant families enrich our country as well as the challenges of what it means to grow up Black and Indian-American in the United States of America".