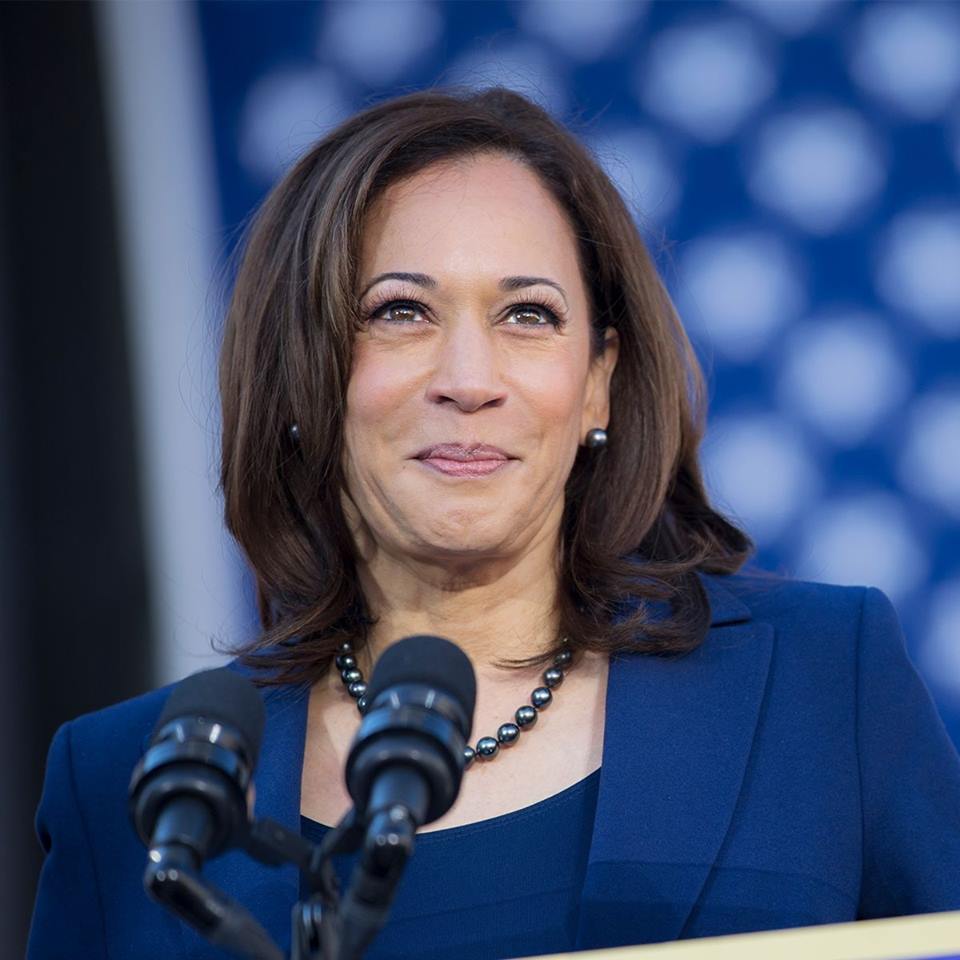 The announcement was as expected - Democratic presidential candidate Joe Biden choosing current California Senator Kamala Harris as his running mate as he makes a bid for the White House.

Breaking barriers and making history is nothing new for Harris - she has in fact made a career of it. The first woman district attorney of San Francisco, the first woman attorney general of California, the first Indian-American in the US Senate - she has done it all. And, come November 3, she could become the first woman of colour to be Vice-President of the United States.

Sections of the Indian diaspora in the United States welcomed her selection as running mate with rapturous joy. Pepsico chief Indra Nooyi hailed the nomination, tweeting that Harris is "brilliant, loving and committed to building America's future".

I am truly excited and encouraged by @JoeBiden’s selection of @KamalaHarris to be his Vice President. I’ve had the privilege to get to know Kamala personally and find her to be brilliant, loving and committed to building America's future. This is a great choice for our country.

"Kamala Harris's story is the story of a changing, inclusive America...Her candidacy is historic and inspiring, not only for Black Americans, but for millions of Asian American voters, the fastest growing voting bloc in the country," said Neil Makhija, executive director of, IMPACT, a leading Indian-American advocacy group and a Political Action Committee.

The selection of @KamalaHarris for VP by @JoeBiden is historic. Her story is the story of a changing, inclusive America.

Joe Biden is running to restore the soul of nation& unite the country to move us forward. Joe knows about the importance of the VP than just about anyone, & he is confident that Kamala Harris will be best partner to finally get country back on track@JoeBiden @KamalaHarris pic.twitter.com/iFHmvIqVib

Indiaspora is so proud to see the first Indian American candidate of a major party running for Vice President.

How long will it be before we have an Indian American in the highest office?#RepresentationMatters #IndianAmerican #Diaspora https://t.co/fYCTsGe3nq

Born in Oakland, California, Harris is the daughter of Shyamala Gopalan, an Indian-origin cancer researcher from Chennai and Donald Harris, a Stanford University economics professor who emigrated from Jamaica.

You can’t know who @KamalaHarris is without knowing who our mother was. Missing her terribly, but know she and the ancestors are smiling today. #BidenHarris2020 pic.twitter.com/nmWVj90pkA

My parents marched and shouted in the Civil Rights Movement of the 1960s. It’s because of them and the folks who also took to the streets to fight for justice that I am where I am. They laid the path for me, as only the second Black woman ever elected to the United States Senate. Years later, we are still fighting for justice and to confront the systemic racism that has plagued our country since its earliest days. But the power of this movement cannot be denied. Change is possible.

In 2003, she was elected the 27th district attorney of San Francisco - the first woman to hold that position. In 2010, she became the first female Attorney General of California, and was re-elected in 2014.

My mother, Shyamala Gopalan Harris, was a force of nature and the greatest source of inspiration in my life. She taught my sister Maya and me the importance of hard work and to believe in our power to right what is wrong. There’s no one I’d rather honor this first day of #WomensHistoryMonth.

In November 2016, she became California's third female senator, the second African-American woman and the first South Asian–American to serve in the United States Senate.

My mother was very intentional about raising my sister, Maya, and me as strong, Black women. She coupled her teachings of civic duty and fearlessness with actions, which included taking us on Thursday nights to Rainbow Sign, a Black cultural center near our home. ⁣ ⁣ There we were always greeted with warm hugs and exposed to extraordinary people like Shirley Chisholm, Nina Simone, and Maya Angelou who helped show us what we could become. This #BlackHistoryMonth, I want to lift up my mother and the community at Rainbow Sign who taught us anything was possible, unburdened by what has been.

Harris was briefly a frontrunner for the Democratic nomination for President of the United States but she struggled to stay ahead in a packed field of stalwarts like Biden, Elizabeth Warren and Bernie Sanders.

In November 2019 her cash-strapped bid laid off staff at its Baltimore HQ, New Hampshire and her home state and in December of that year she ended her presidential campaign, citing a lack of funds to continue.

However, Biden had all along maintained that were he to be nominated as the Democrat Presidential nominee, he would in all likelihood pick Harris as his running mate, calling her "an incredible talent with unlimited potential".

Harris on her part is a key component of the Democratic bid for the presidency, with an appeal to two big non-white communities in the country. While many see her as more dominantly appealing to the African-American community, Harris has made no bones about the fact that she values her Indian heritage as strongly.

(1/2) Was there ever more of an exciting day? For our entire country of course, but especially for my Black and Indian sisters, many of us who have gone our entire lives thinking that someone who looks like us may never hold high office? We work so hard and contribute to the pic.twitter.com/LpG0DvsGuT

The Biden campaign has its work cut out ahead of the November 3 polls, expected to be a closely and bitterly fought election, but whatever the result, Harris certainly continues her trend as a breaker of the glass ceiling.