For the first time, the 7th edition of Pathey Nimidam will be presented at Kalaa Utsavam – Indian Festival of Arts from November 20-29, 2020. This edition’s nine narratives deal with different subject matter, but all highlight issues close to our hearts with directors of all the 9 plays collaborating with filmmaker K. Rajagopal to film the plays for a digital premiere.

Here are the plays on offer: 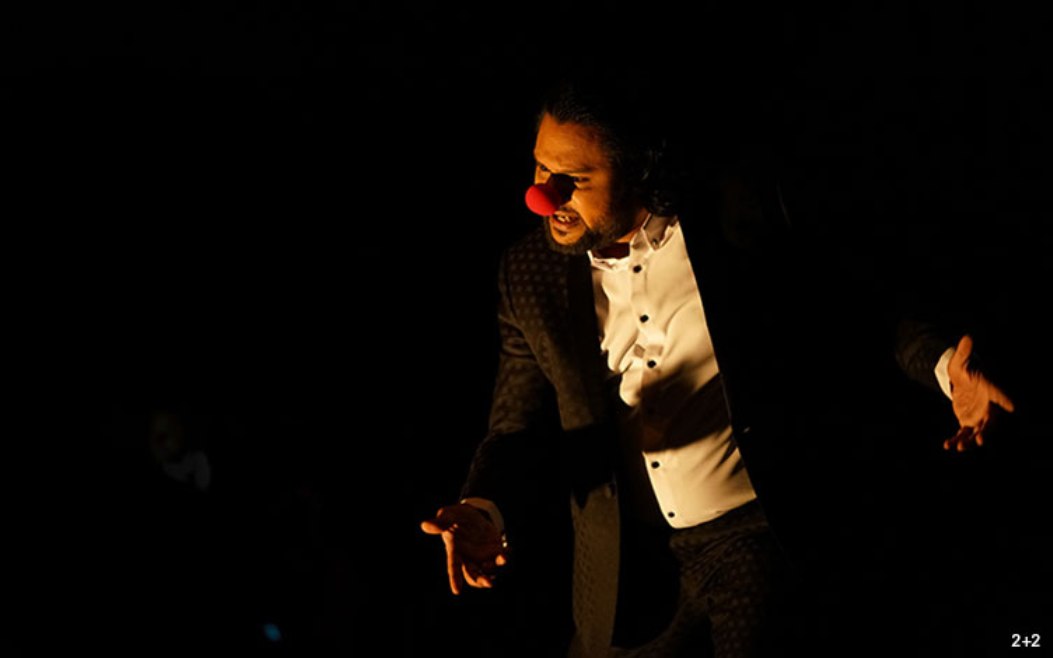 If you truly believe in something, would you vouch for it even when questioned? If someone asks you to affirm something you’ve known your entire life, will you do it? 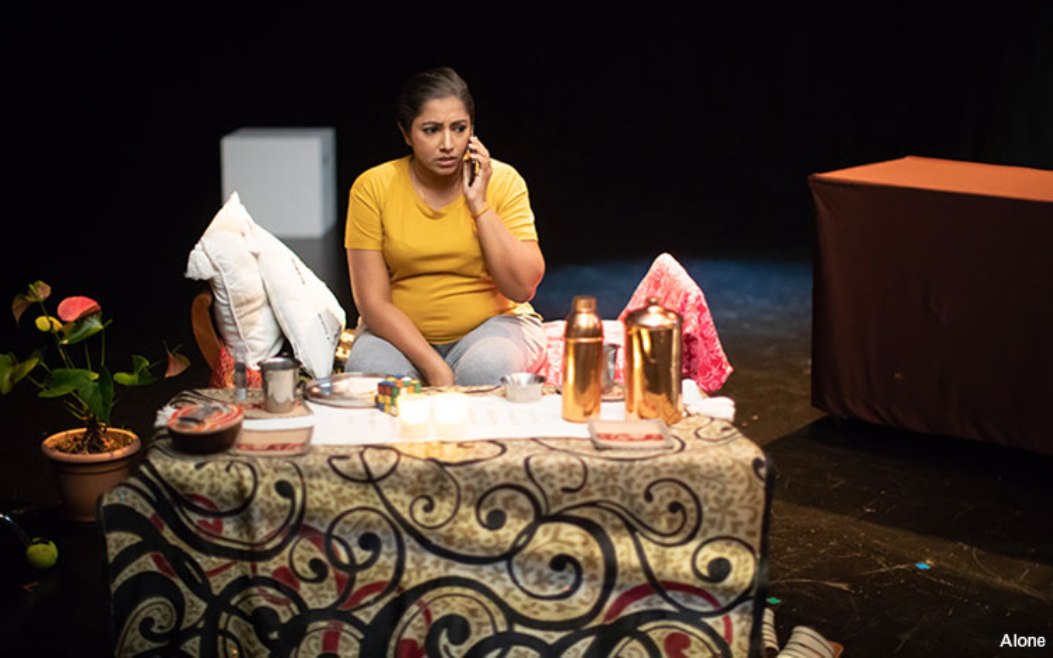 A mom-to-be finds herself in a ‘spot’ an entire night. Will she emerge triumphant? 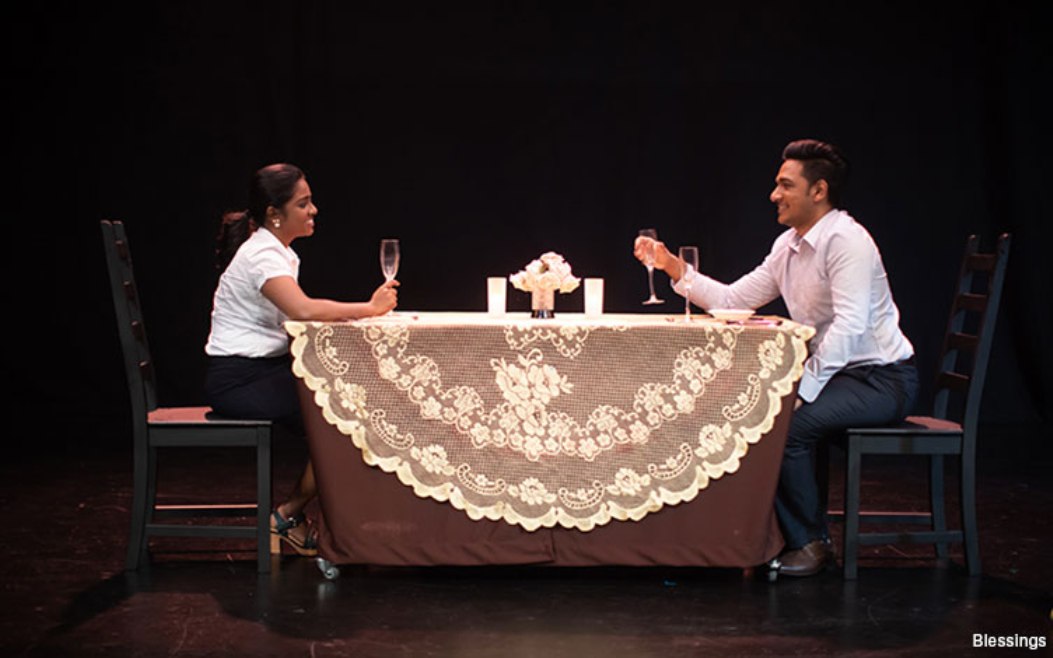 A man who has just been stood up by the girl he wants to propose to discovers that some disappointments may be blessings in disguise. 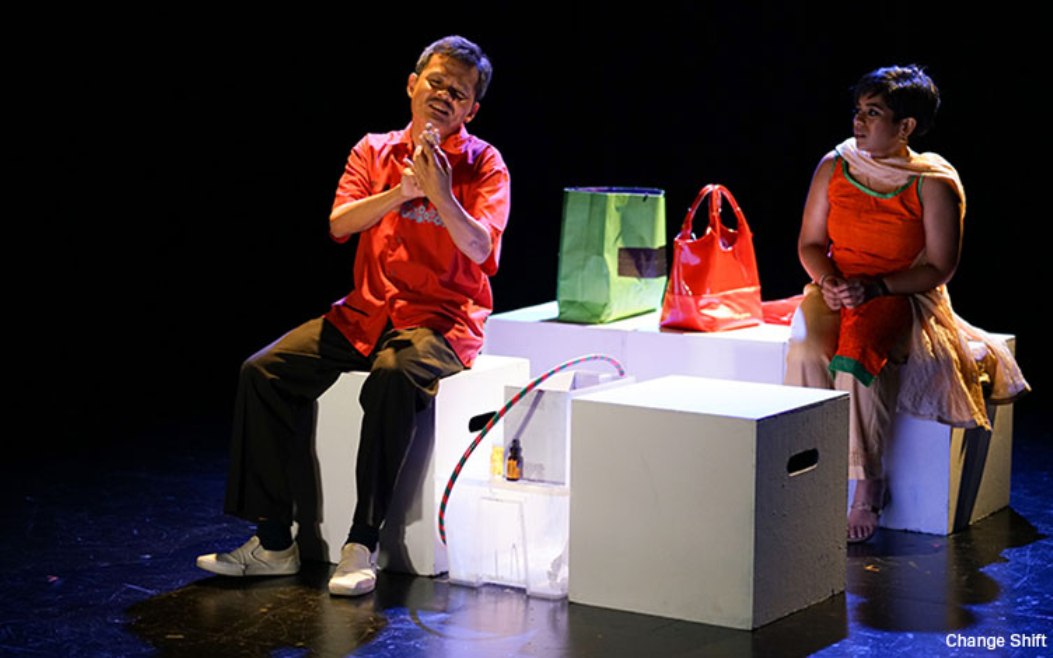 Sonia needs to pick up her passport fast as her wedding in Tamil Nadu is tomorrow but Mr Goh needs to reach Tampines now for shift change. Will they both make it in time and what will they learn along the way? 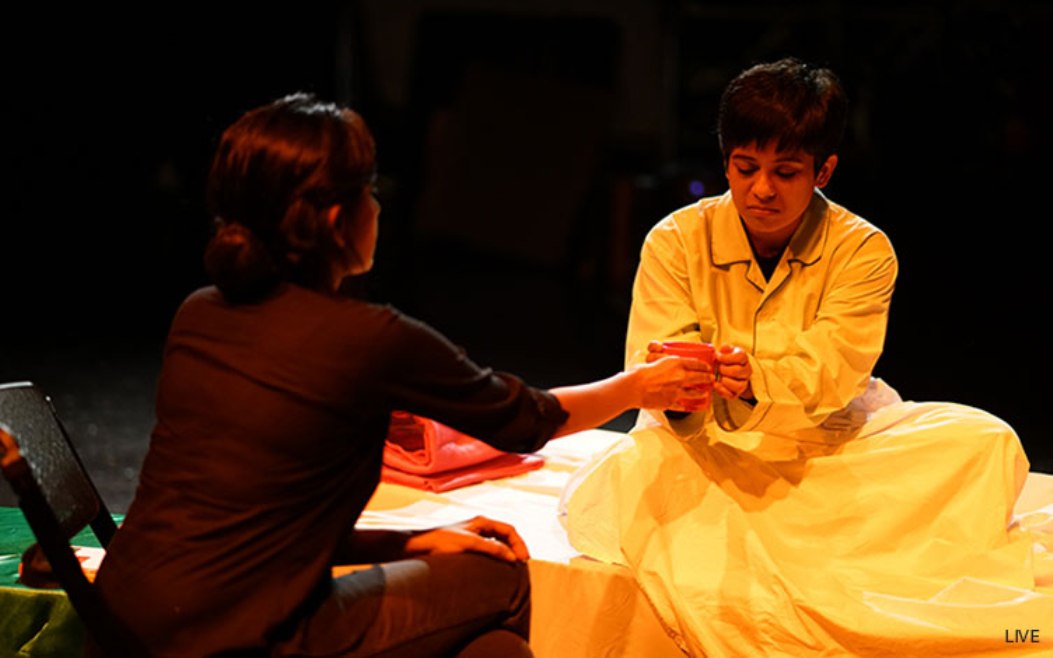 The play asks “What are some questions about life and death you would like answered before the angel of death invites you to the afterlife?” 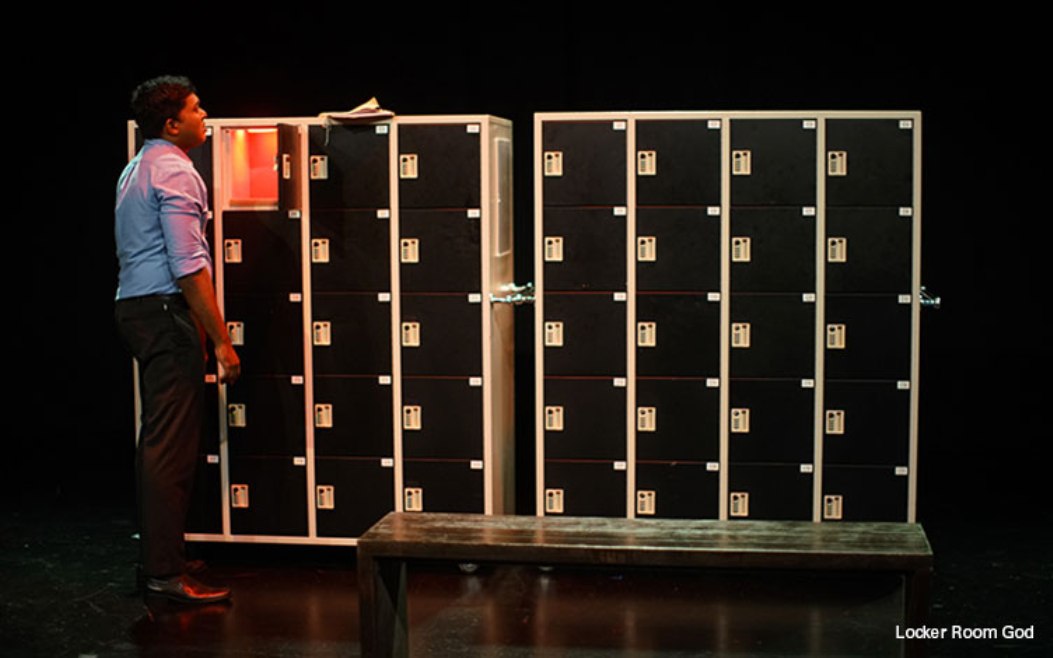 A queer police officer seeks answers from God after their identity has been discovered at work. 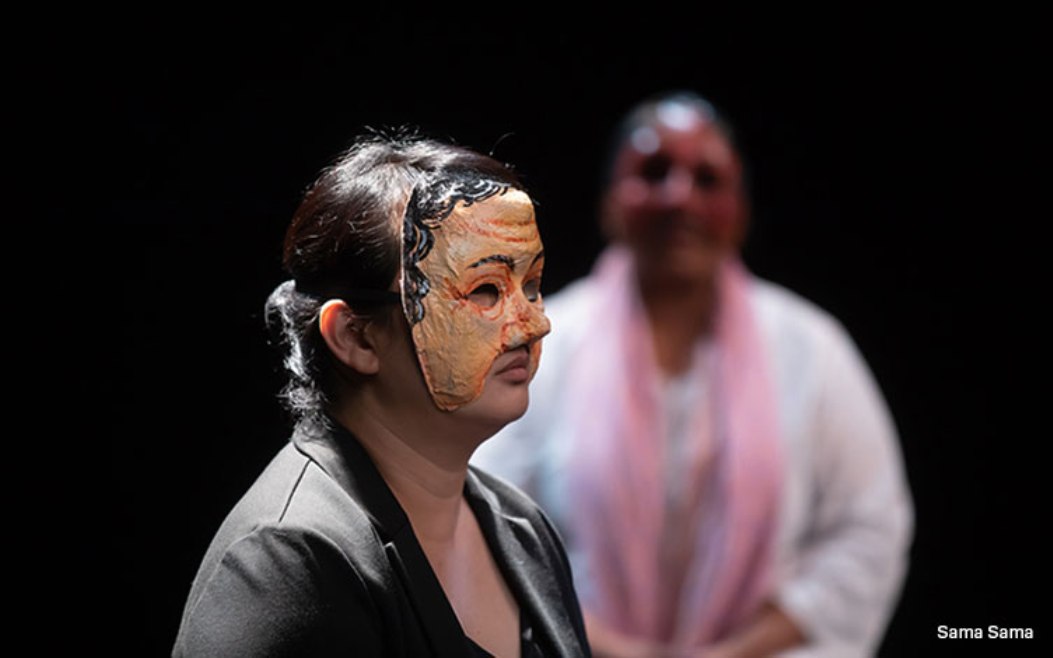 Sama Sama questions if the grass is really greener on the other side. 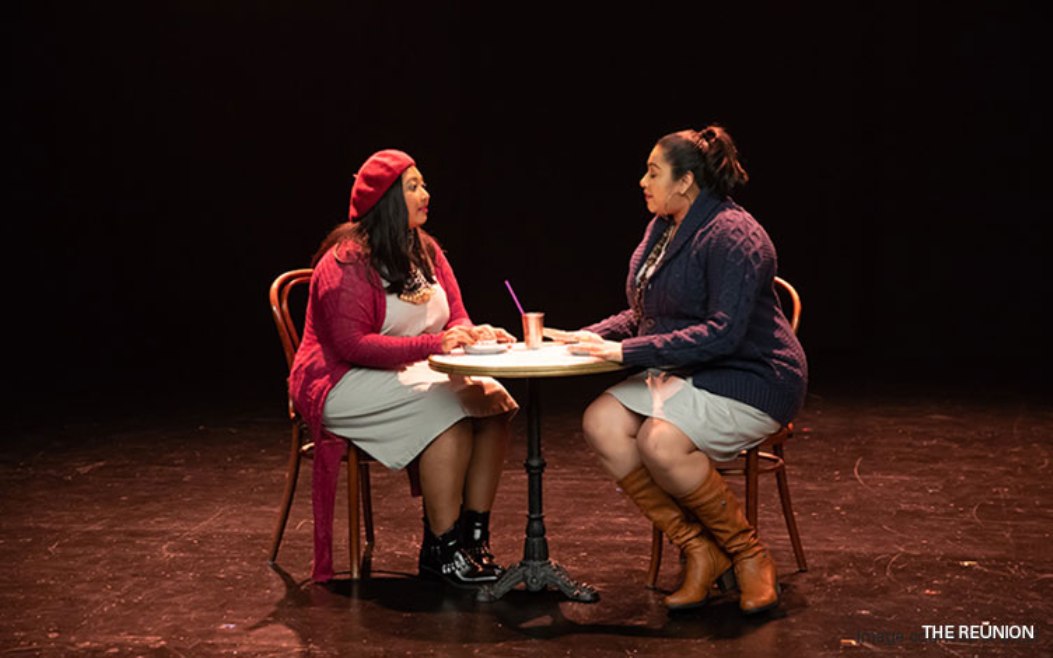 THE REUNION finds two old friends reunited after many years. One spews callous comments while the other patiently waits for just the right moment for reprisal.

Watching the World Go By 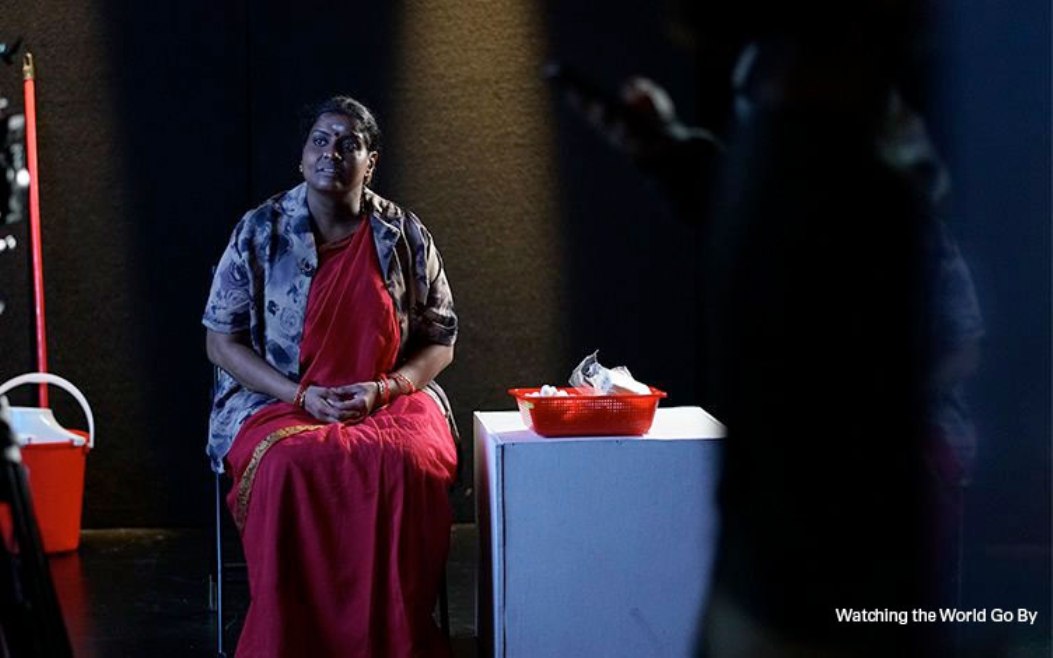 Watching the World Go By shares the struggles in a transnational woman's life.