Kalaa Utsavam 2019 at a glance

The annual Kalaa Utsavam – Indian Festival of Arts is back November 15 to 24 this year, and will be held across ten days at the Esplanade.

One of the highlights is a special concert by Carnatic rockers Agam, who will perform an exclusive segment with celebrated Hindustani vocalist Kaushiki Chakraborty.

Besides Agam, dance maverick Aditi Mangaldas returns to Kalaa Utsavam with Inter_rupted, a work that showcases her signature blend of the classical kathak tradition, contemporary dance elements and theatre design.

Here is the full list of ticketed programmes to help you plan your festival itinerary: 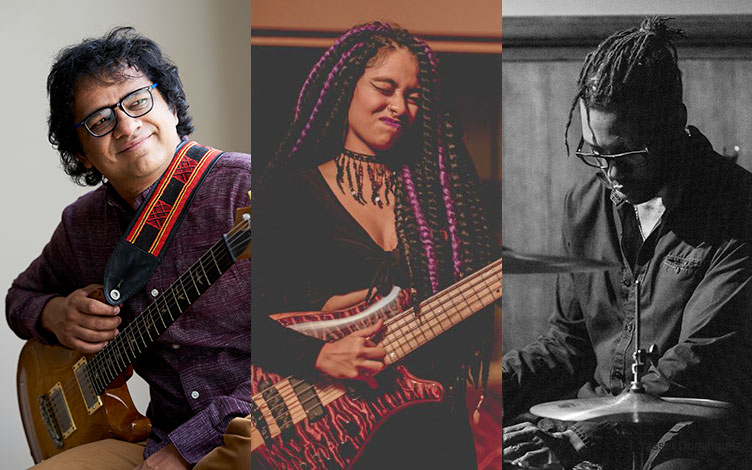 The Guitar Prasanna Trio will be making its Kalaa Utsavam debut with a captivating fusion of musical ideas and energies. 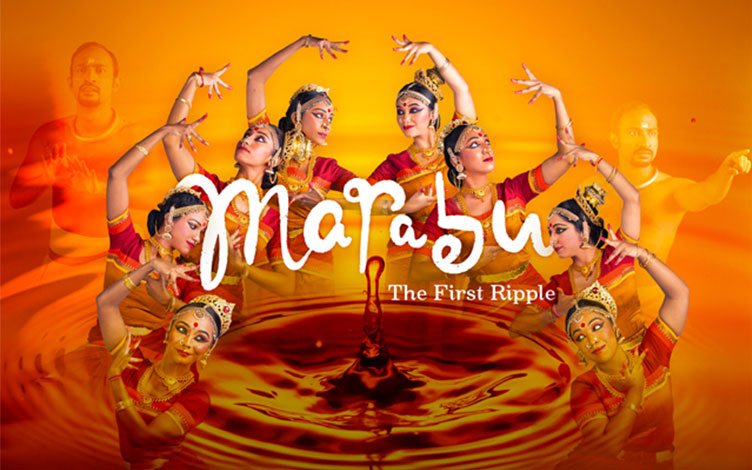 Presented as the first part of a trilogy, dance-theatre production Marabu – The First Ripple traces the passage and legacy of the Indian community in the Southeast Asian region.

The historic fiction revolves around the protagonist—a peasant—and his journey through the Chola invasion, that eventually leads to the construction of the Bhujanga Valley temples. 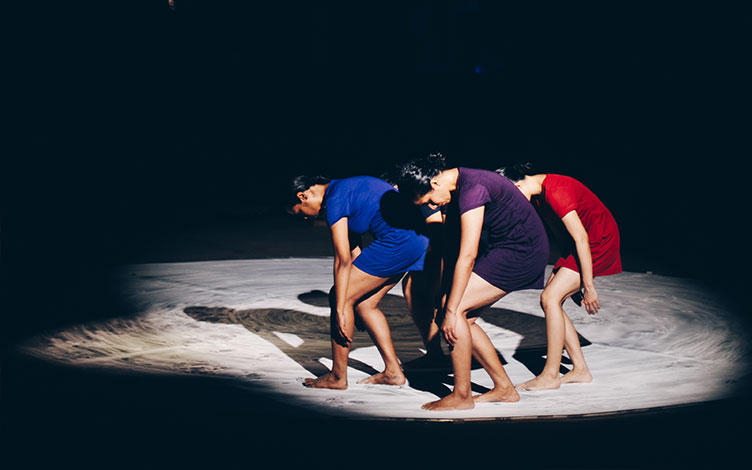 The Lost Wax Project explores the potentiality of space and its interrelations with the human body. The title is a metaphor from the sculpting process, in which wax moulds are used to cast metallic sculptures. When the sculpture takes its final shape, the wax that fills the mould is “lost”.

“You are seeing something tangible, but [what] made it tangible is no longer there,” says choreographer Preethi Athreya, comparing the casting process to the function of the body in space. In this work, she crafts a circular stage around which the audience sits, inviting them into an intimate experience of the negative space between human bodies. 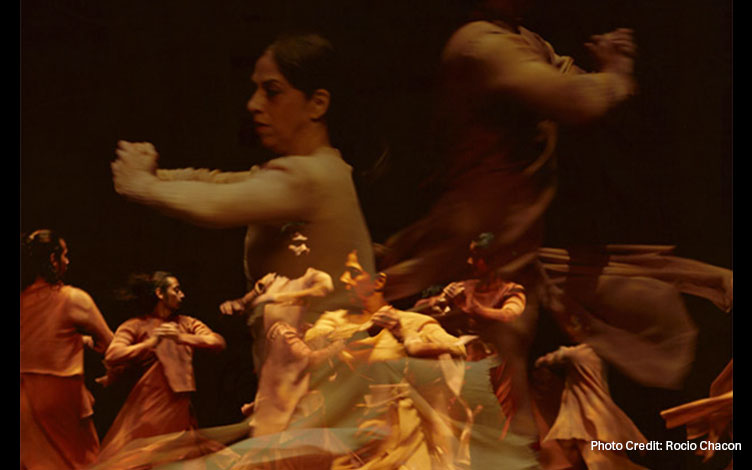 The choreography will feature musicians as part of the set—diverging from the classical Indian dance tradition of placing the seated ensemble at the side of the stage. Inter_rupted was awarded the Best Other Contemporary Work at the Seeing Dance annual awards in 2016. 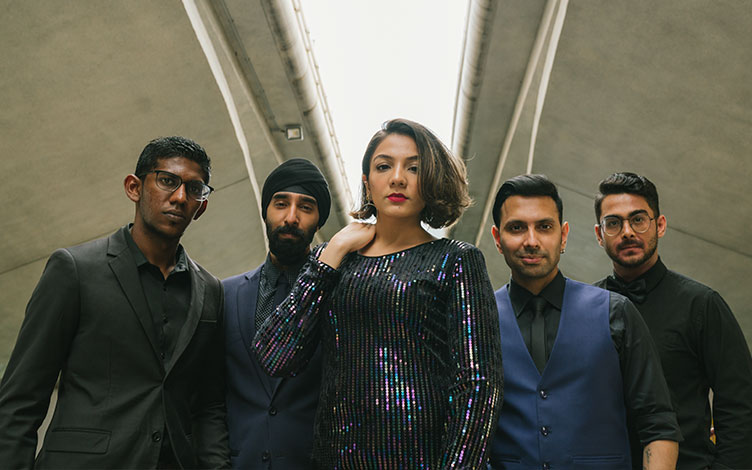 Comprising four talented musicians from diverse musical backgrounds and influences, the band will be bringing you contemporary renditions of Bollywood, Punjabi folk and Bhangra music. Originals by Palwinder will also be performed for the first time, backed by The Band Walle. 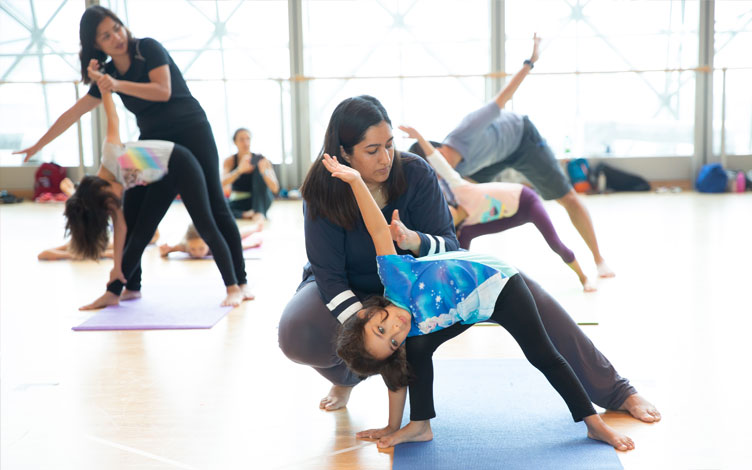 Spend a fun, healthy Sunday bonding with your child as you discover the joy and benefits of parent-child yoga. Learn relaxation techniques for a healthier body, breathing exercises that sharpen one’s focus, and get into different poses that help improve flexibility. Give it a try and start your child on yoga early. 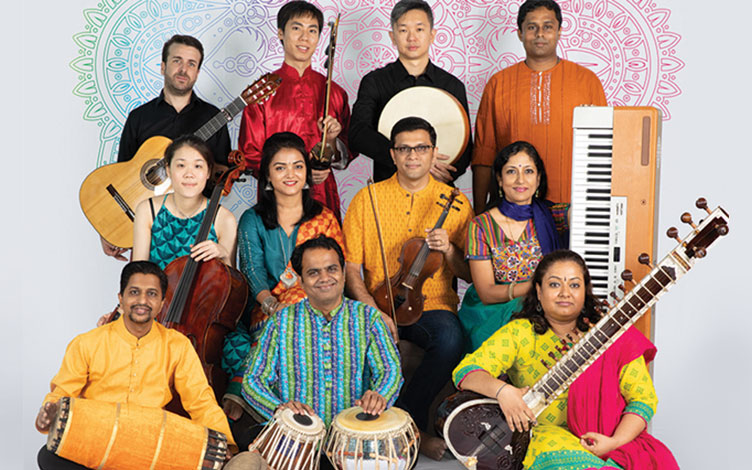 Known for their creative and contemporary interpretations of traditional music, Swarhythm Ensemble comprises a multi-ethnic group of talented local musicians. Founded and led by accomplished tabla artist Nawaz Mirajkar, the group will be launching their first recorded album Swarhythm at Kalaa Utsavam 2019. 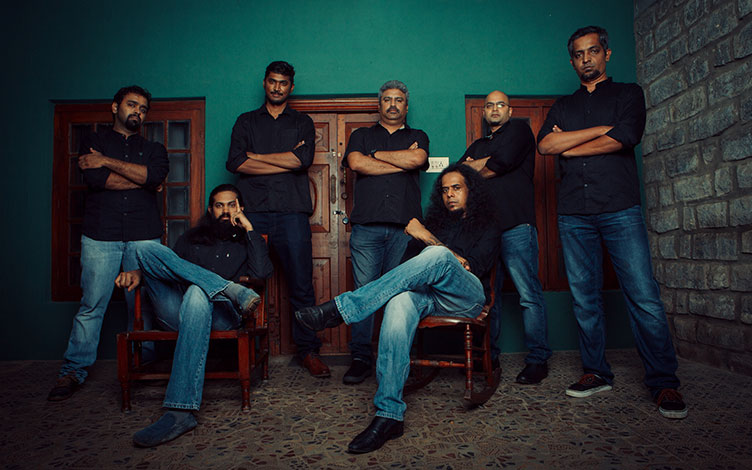 AGAM perform their popular favourites and hit songs in this concert, which also features an exclusive segment with specially crafted repertoire performed by the band together with prominent hindustani vocalist Kaushiki Chakraborty. Conceptualised by award-winning producer Sai Shravanam, this collaborative segment reimagines familiar tunes of both AGAM and Kaushiki.

A memorable music experience awaits you by AGAM and Kaushiki, also known as the Nightingale of the East.

Up-close and personal with AGAM 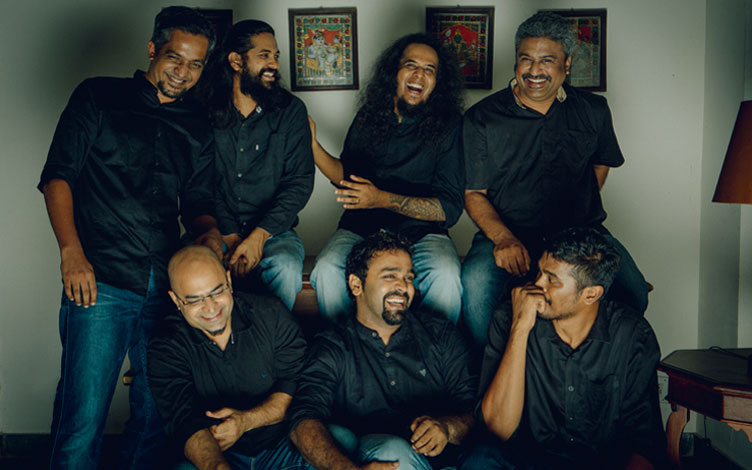 Get up-close and personal with AGAM as they share how they compose their songs and stories. Participants will gain insights on how the band approaches and arranges their music with a live demo and Q&A session. AGAM also performs acoustics versions of some of their hits, and an impromptu arrangement of a new song. 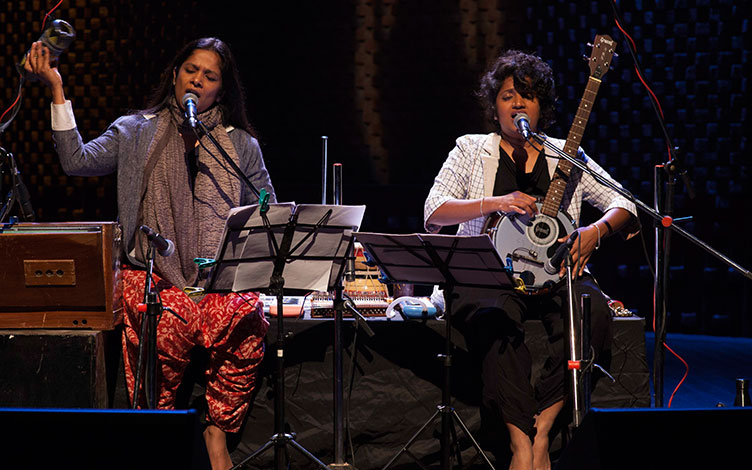 The Threshold is a musical conversation. In this unique and intimate production, musical duo Pallavi and Bindhumalini explore the issue of gender and its lived experiences through a lens of compassion. From the stories of Hypatia, Agnodice, Kharbaoucha and Fanny Mendelson, to the songs of Sule Sunkkavva, Nina Simone and Meera, The Threshold celebrates the tales of remarkable women across continents and spanning generations. 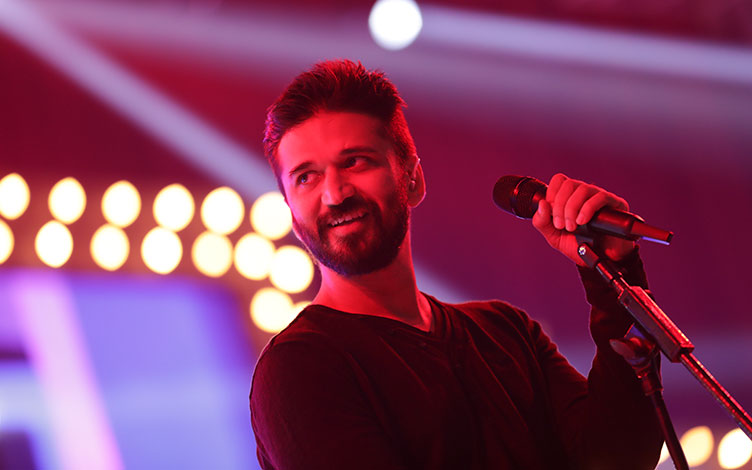 Get ready for a night of Bollywood fever as National Award-winning composer, renowned singer and lyricist Amit Trivedi makes his Singapore debut! Expect nothing short of a dazzling concert full of his catchy and danceable numbers, explosive stage presence and an evening filled with josh! Groove to the best of Amit Trivedi as he performs with his co-singers and band at Kalaa Utsavam 2019.

Airavata and his Mammoth Task 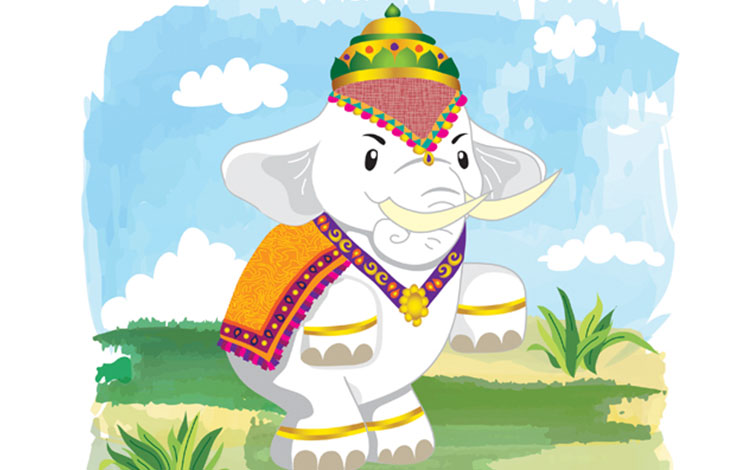 What comes from an egg, is large and white, and soars through the sky? An elephant, of course! Not just any elephant—but the King of Elephants! Airavata is his name, and he is the brave and loyal vahana (vehicle) of Lord Indra.

The kingly duo goes on all sorts of adventures—from bringing rain to earth and battling the powerful forces of Ravana, to facing off against the evil Vritra. Join the faithful Airavata as he brings Lord Indra across heaven and earth, and find out if he prevails at mammoth tasks.

This engaging production for children is narrated in English, and features music and dance. 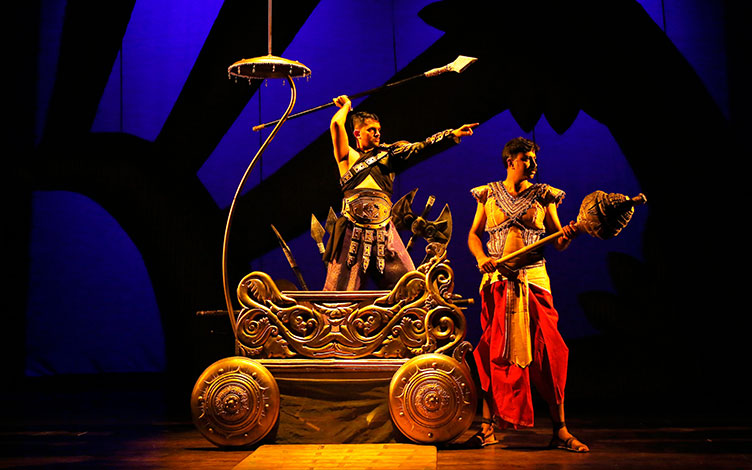 Ultimate Kurukshetra is a modern meditation on dharma, presenting the macrocosm of the great living tradition known as the Mahabharata, in the microcosm of the stage. While the comedy might appeal to all, those familiar with the moral conflicts and philosophical dilemmas in the epic might find some pleasant surprises. 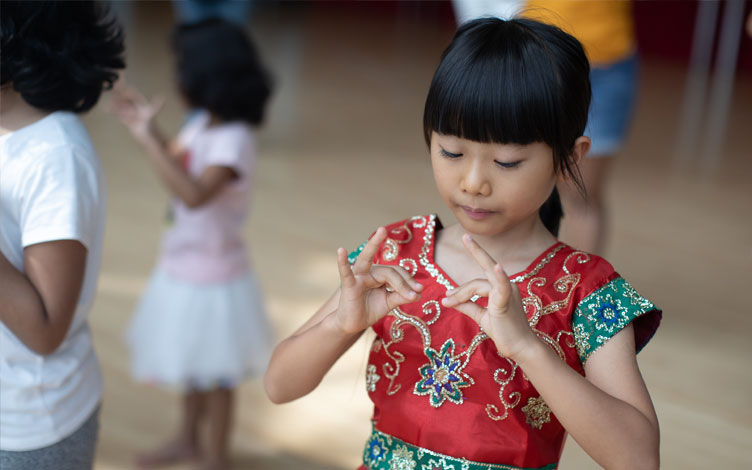 Discover the rich heritage of Indian dance! This introductory workshop for you and your child allows you to learn animal postures as well as hand gestures that represent different elements of nature. Participants also learn how to create a simple dance sequence and get to play a game of dance charade with other participants. At the end of the session, participants are also treated to a fairy tale told through bharatanatyam.