From music to martial arts, the 17th edition of Kalaa Utsavam – Indian Festival of Arts is Esplanade Theatre’s annual tribute to Indian arts. In addition to displaying various forms of Indian classical music and dance, it also presents traditional art forms and stories in a contemporary manner, made relevant to current times.

To be held at Esplanade – Theatres on the Bay from November 16-25, the festival will feature performances by top artists who have revolutionised their art forms.

Niladri Kumar is said to have fashioned himself after his mentor Ustad (expert, especially a musician) Zakir Hussain.

This year's five productions include three new Singapore works, co-produced or produced by Esplanade, that tell stories of mythical heroes and a take on Indian women who have to be super-women to be accepted in the current times.

Here is Connected to India’s ready reckoner or guide to Kalaa Utsavam 2018: 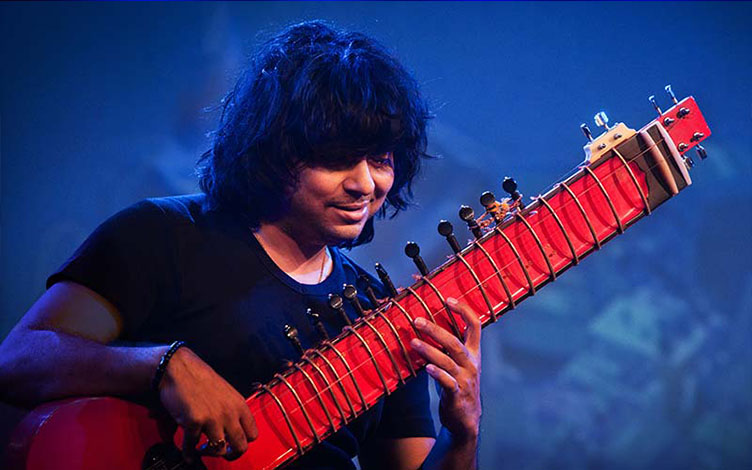 Hailing from a lineage of five generations of sitar players, Niladri Kumar is a world renowned and global icon. Under the guidance, and numerous years of training from his Father and guru pandit Kartick Kumar, Niladri went on to revolutionise the style of sitar-playing.

He even invented his own instrument, which he named the zitar – and was the first in the world to go electric with a sitar. 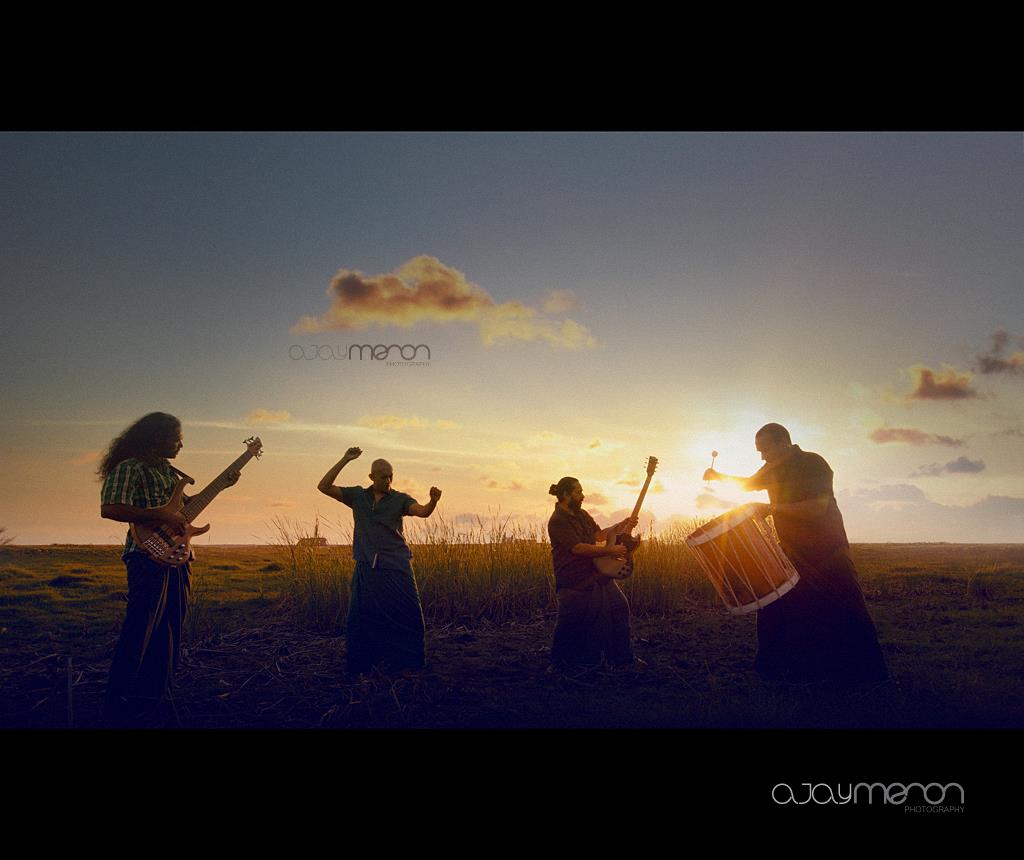 A decade ago, the indie rock scene in India was dominated by English-singing groups. Then came Avial.

The self-styled Kerala-based band made headlines with their genre-bending, moody brand of alternative Malayalam rock, written in their native tongue. Despite language differences in and outside of India, they continue to receive overwhelming responses, evident in the huge turnouts wherever they play. 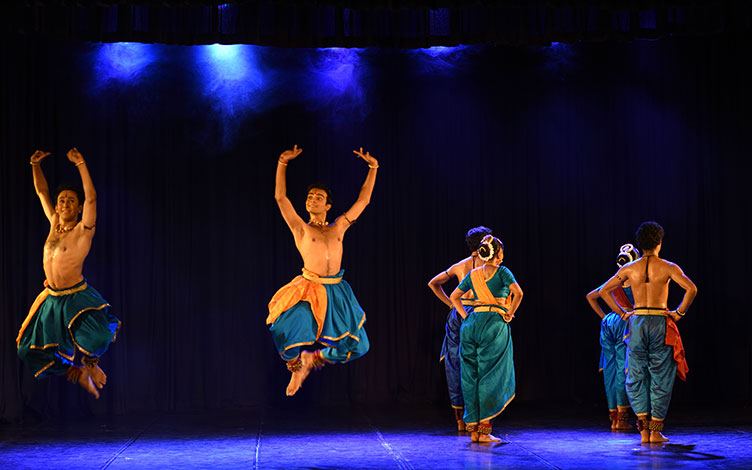 The river is the very source of life. From Sufi fakirs in the North to the Baul singers in Bengal, and to the Sangam poets and classical composers in the South, an ocean of poetry has been penned over centuries, inspired by the river.

Performed by Leela Samson’s Spanda Dance Company, Nadi explores the love and longing, the physical changes and the deep philosophy that the river inspired through the centuries-old voices of India’s poets.

Vishaal and the Chitravina (USA/India) 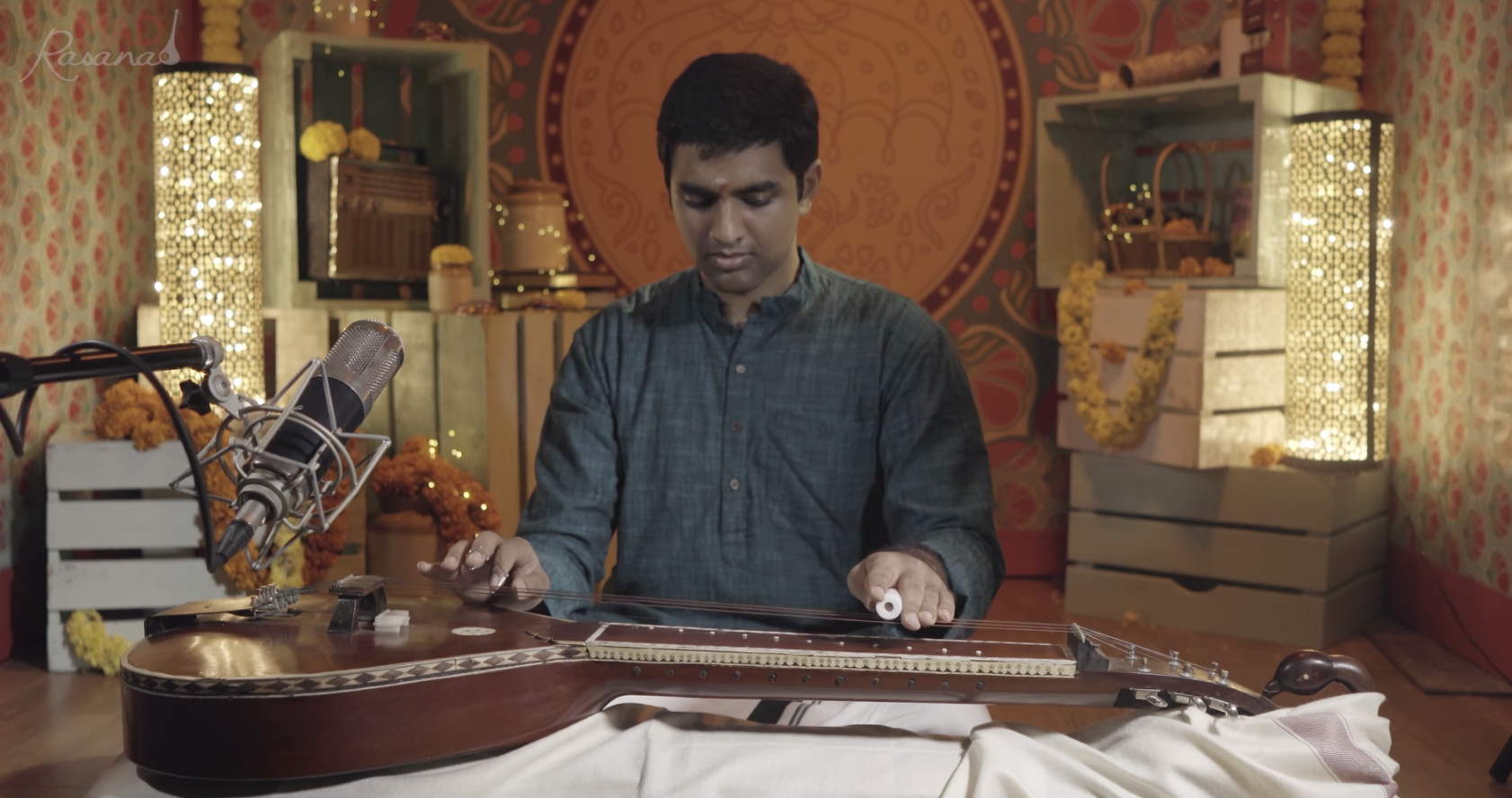 Texas-born music prodigy Vishaal Sapuram is one of the rare few making headway with the chitravina.

His achievements include inventing a new raga (musical scale) with his guru Ravikiran called vishweshwarapriya, receiving the blessings of the late Ravi Shankar, being an A-Grade artist for All India Radio, and winning awards and accolades over the years.

Don’t miss this chance to catch Vishaal in action with his chitravina accompanied by R Raghul on the violin, N C Bharadwai on the mridangam and S Krishna on the ghatam.

Parasu – The Story of an Ultimate Warrior by Avant Theatre 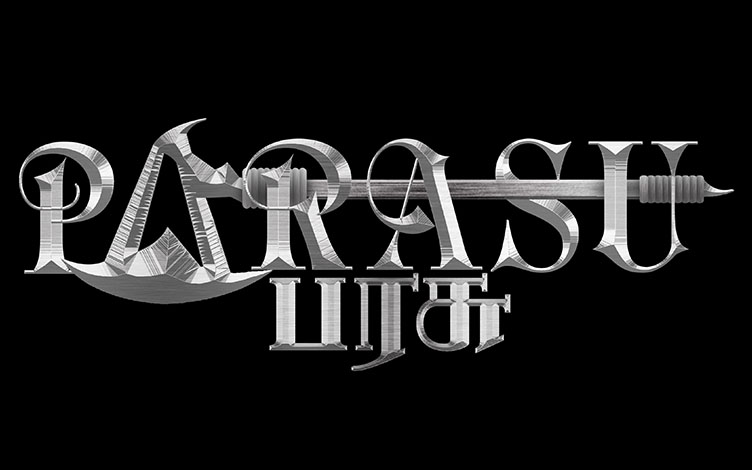 Parasurama, the valiant warrior sage, is the sixth avatar or manifestation of Lord Vishnu. He was a man of principles who stood by his beliefs despite facing some of the toughest decisions any mortal could make. He was also the fiercest among the human avatars.

Parasu – The Story of an Ultimate Warrior follows some of Parasurama’s trials and tribulations, exploring his struggle of having to choose between duty and righteousness and the limits of the anger that had built up inside him over centuries.

When: November 16 and 17, Friday (8pm) and Saturday (3pm and 8pm)
Where: Esplanade Theatre Studio

Disco Sheela and other Indian Superwomen by Sharul Channa 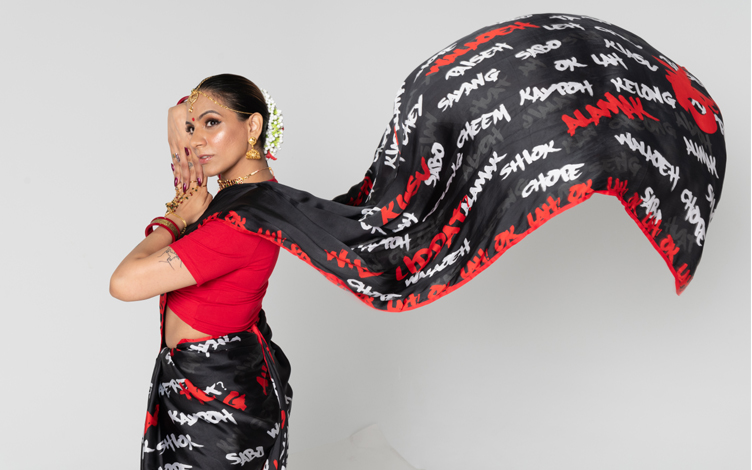 Meet Malini, Shri, Aunty Sunita and Disco Sheela. They come from all walks of life and are great at what they do. They also represent all these possibilities for an Indian woman. Which of the four will you relate to? Whose life and dreams will resonate with you most?

Directed by Kumar and featuring pianist Anil Srinivasan, this production celebrates each and every woman who is a superwoman in her own right/way. 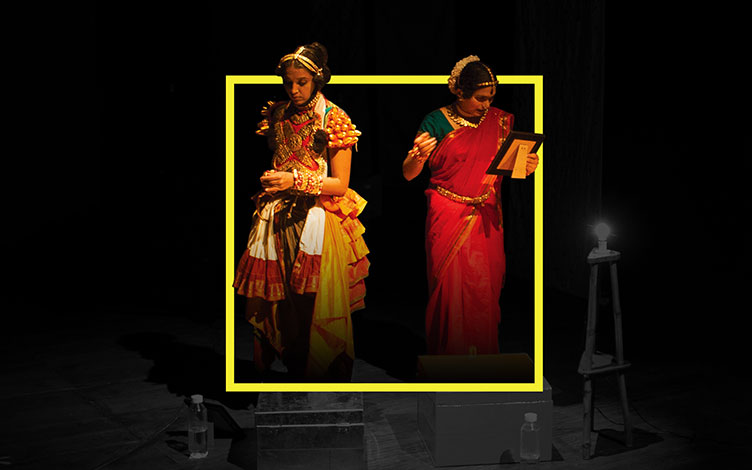 What happens when roles are reversed in a male-dominated theatre practice like yakshagana?

This experimental play uses both modern theatrical tools and the dance drama to create a contemporary narrative, raising questions on female representation and male ownership. The performance imagines a reversal of roles in the popular yakshagana plot of Draupadi Vastrapaharana.

When: November 17 and 18, Saturday and Sunday, 6pm
Where: Esplanade Annexe Studio 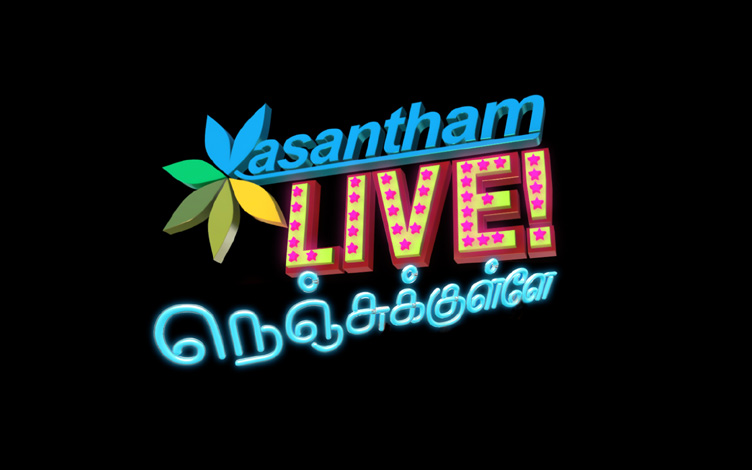 Vasantham LIVE Nenjukulle brings you an evening of local songs by Singapore’s Tamil music talents, in commemoration of the TV channel’s 10th anniversary.

Homegrown artists Rishi Kumaar, Suthasini, Vishnu Balaji, Satthia and more, look set to give you an unforgettable musical experience with performances of original songs from their albums, and from Vasantham dramas and local movies. 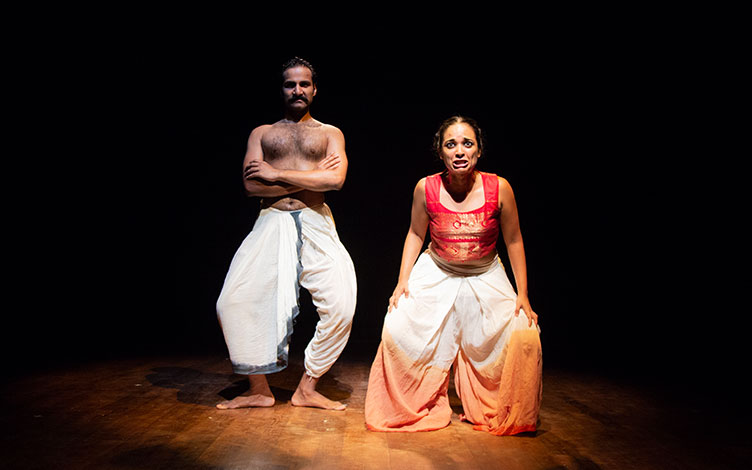 One of the unsung heroes of the Indian epic Ramayana is the army of monkeys from the land of Kishkindha that helped Rama win his war against the demon king Ravana. But before these simian soldiers followed him into war, their ruler, the monkey king Bali, commanded them all.

A meditation on justice, ethics and morality, Adishakti’s Bali is a retelling of the crucial events that led to the death of the titular character, which set the rest of the story in motion.

When: November 24 and 25, Saturday (8pm) and Sunday (3pm)
Where: Esplanade Theatre Studio 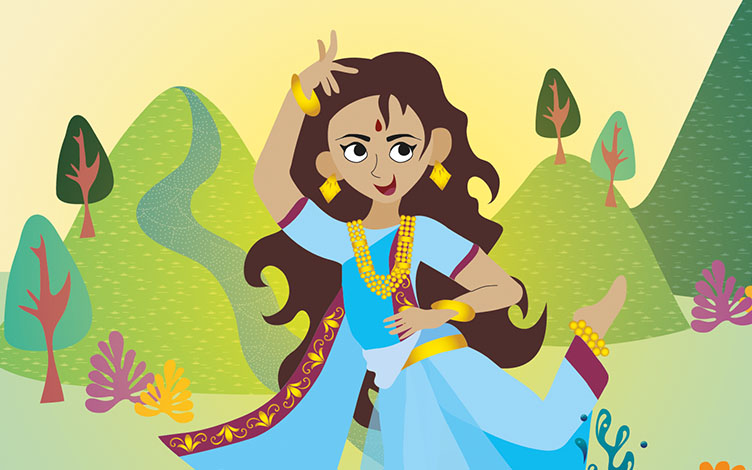 Through narration in English, dance and drama, this production is about our precious oceans and rivers, and why we shouldn’t take them for granted.

When: November 24-25, Saturday and Sunday, 11am and 2pm
Where: Esplanade Recital Studio

1. Kalaripayattu Workshop by The Kalari Academy 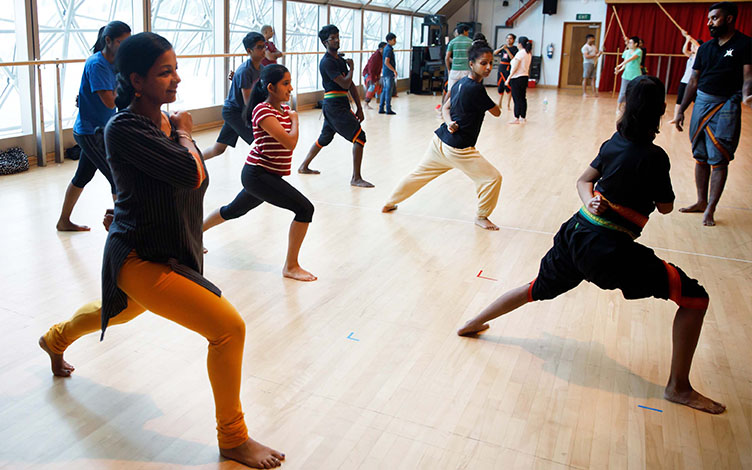 Following last year’s fully-subscribed programme, Kalarippayattu Workshop is back to with a more hands-on taster of the world’s oldest martial art from Kerala.

With demonstrations led by students from the academy, learn about one of the oldest martial art forms in India, its history, and the different animal postures, movements and techniques. 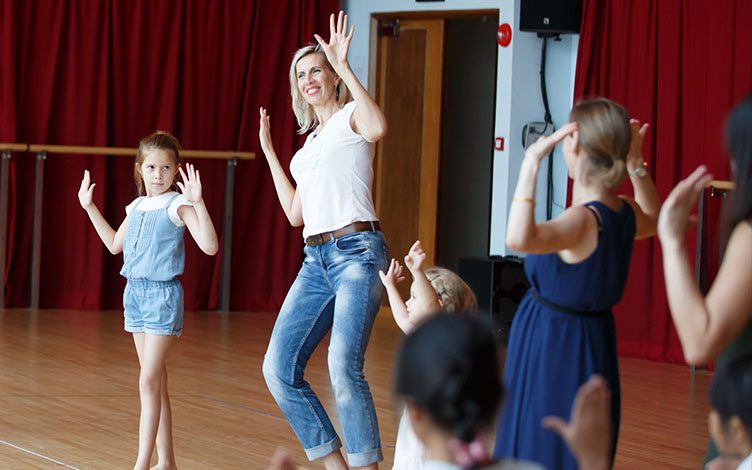 This introductory workshop is the perfect bonding opportunity for parents and their child through the rich heritage of Indian dance.

Learn animal and bird postures as well as hand gestures representing different elements of nature. Find out how to create a simple dance sequence and play a game of dance charade with another parent-child pair.

When: November 25, Sunday, 11am and 2pm
Where: Esplanade Rehearsal Studio 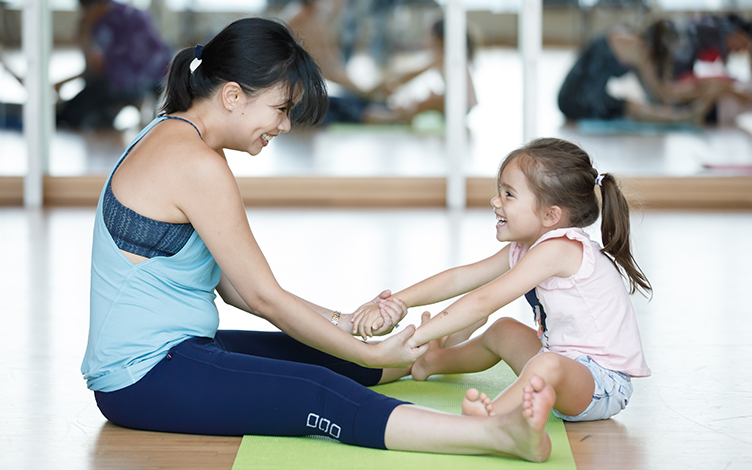 Start your child on yoga early! Spend a fun, healthy Sunday bonding with your child as you discover the joy and benefits of parent-child yoga.

Learn relaxation techniques for a healthier body, breathing exercises that sharpen one’s focus, and get into different poses that help improve flexibility.

When: November 18, Sunday, 11am and 2pm
Where: Esplanade Rehearsal Studio