Justice Dhananjaya Y Chandrachud was sworn in as the 50th Chief Justice of India today by President Droupadi Murmu at a ceremony in Rashtrapati Bhavan. He is the first Chief Justice whose father was also one. 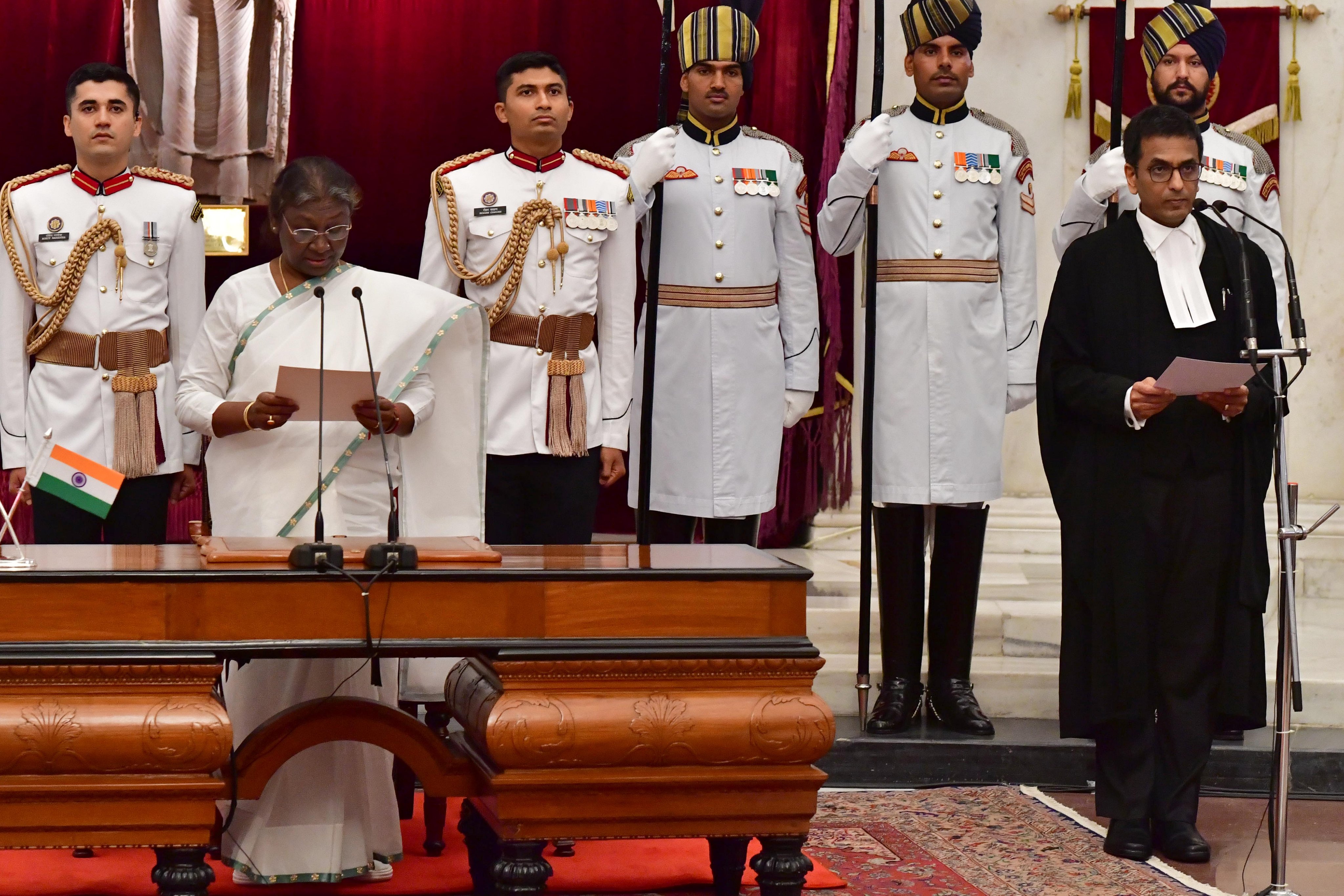 Justice Chandrachud was elevated as a Supreme Court judge on May 13, 2016. He has been part of several Constitution benches and landmark verdicts, including in the Ayodhya land dispute and the right to privacy, as well as the benches that delivered crucial judgments on decriminalising same-sex relations by partially striking down Section 377 of the IPC, the validity of Aadhaar scheme and the Sabarimala issue.

He holds an undergraduate degree in Economics from St Stephen's College. He later completed am LLB from Delhi University, and an LLM and a doctorate from Harvard Law School in the US.