The June holidays are coming, and what better place to transport yourself from this equatorial heat than to visit the newly hatched King penguin chicks at Jurong Bird Park!

The park recently welcomed a baby boom in the form of Percy, Brix and Arlo – which weighted slightly over 200g each when they hatched across a span of three weeks.

They have since blossomed into adorable fluffiness within a healthy weight range of 7 to 10kg today. The trio are currently on a diet of herring and capelin and fed thrice a day. 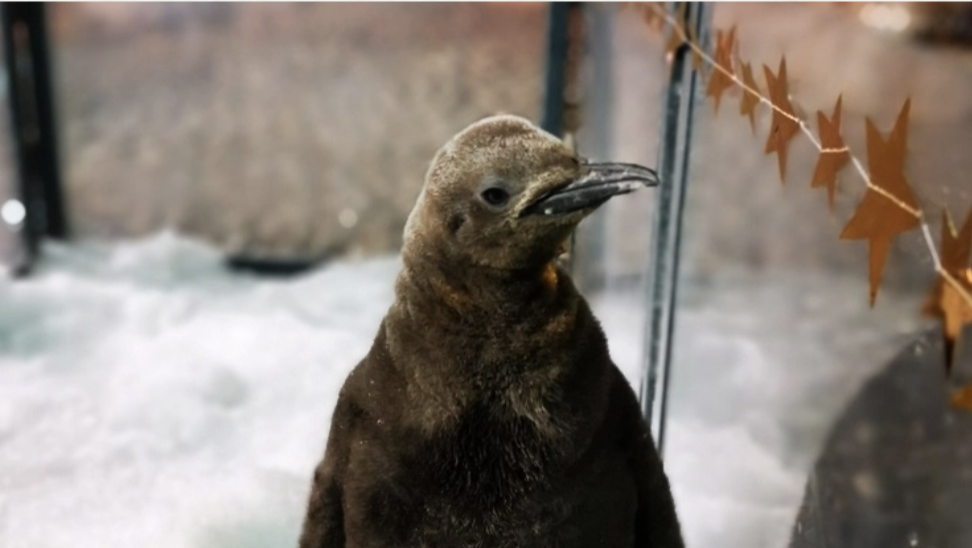 The chicks were artificially incubated at the park’s Breeding and Research Centre to maximise chances of a successful hatching. After a couple of months under their human caregivers’ tender loving care, they have been introduced to the rest of the colony.

King penguins are the world’s second largest penguin, after the Emperor penguin. They can weigh up to 15kg and live up to 30 years under human care.

Visitors will be able to spot them at the indoor Penguin Coast, tucked safely within the confines of a corral. Young King penguins are not able to swim until they have their adult plumage. Hence, the corral is there to prevent excited adult King penguins from accidentally knocking them into the water. The process of moulting can take up to nine months.

With the new additions, the park is home to 17 King Penguins. Take a look at the new babies below: 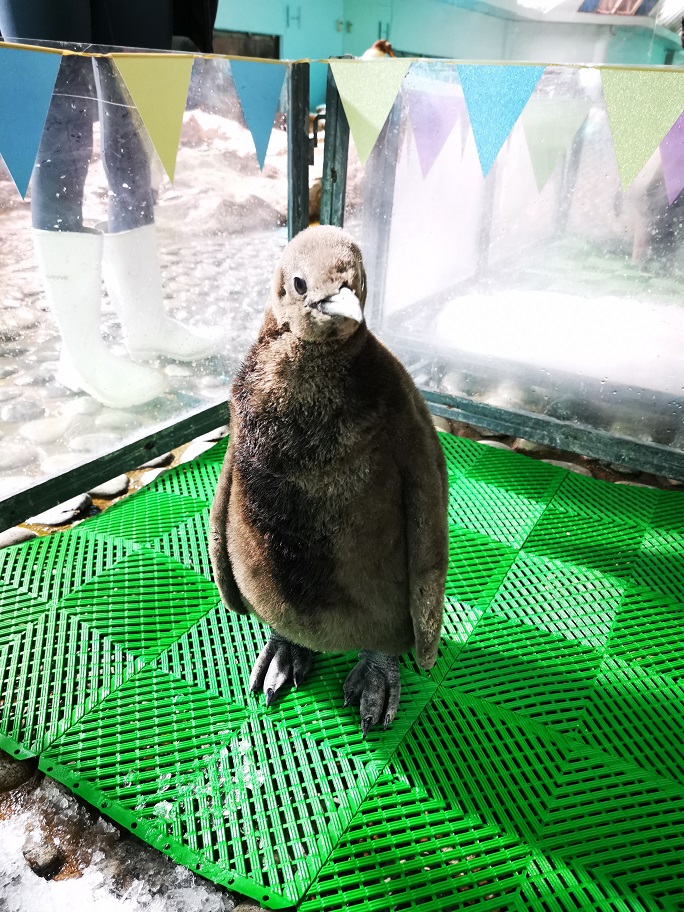 Male King penguin Arlo is the youngest of the trio, weighing in at 7.1kg. Photo courtesy: Wildlife Reserves Singapore 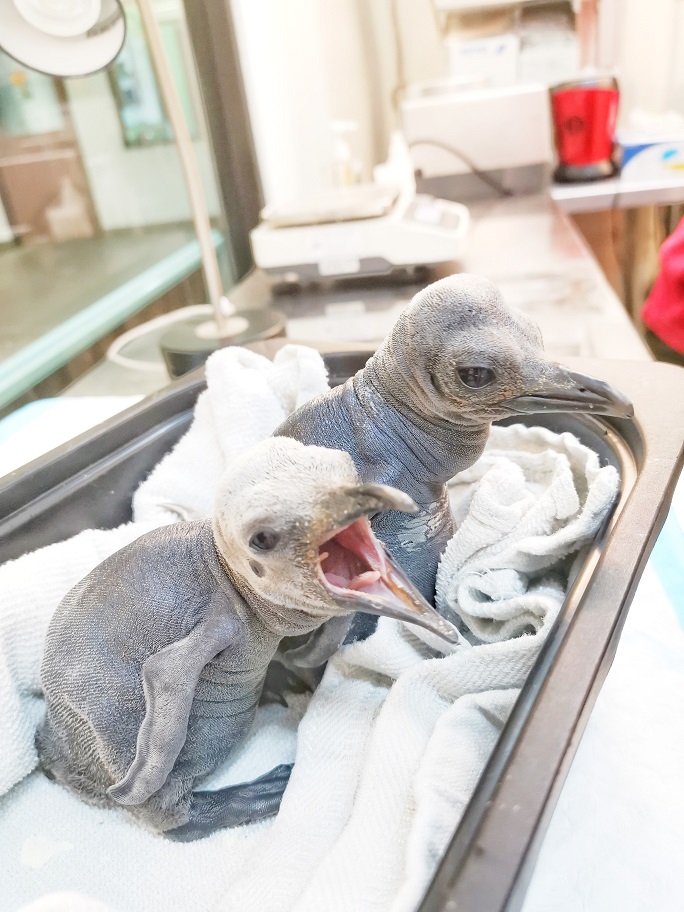 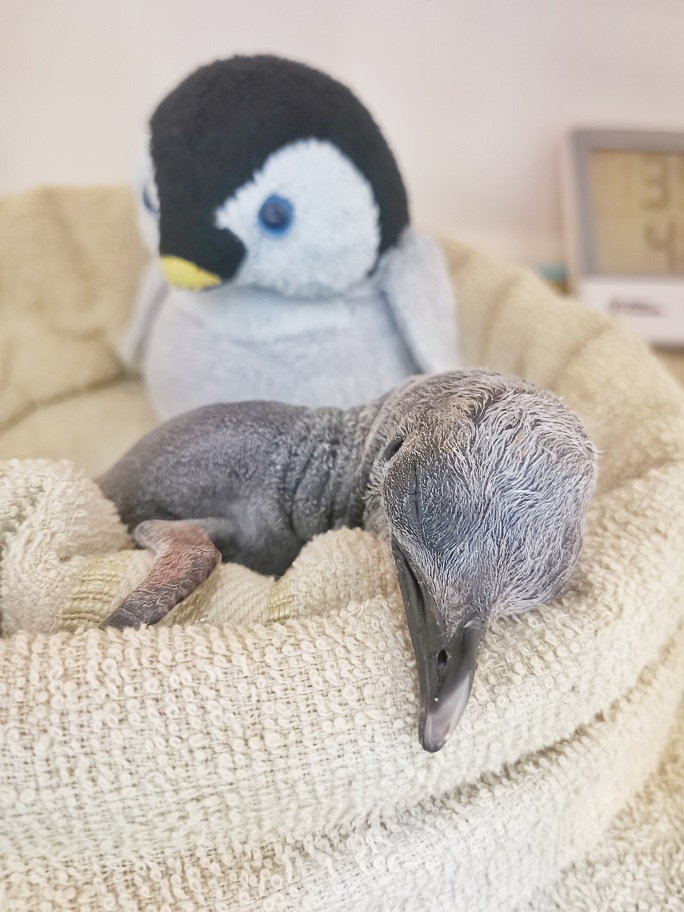 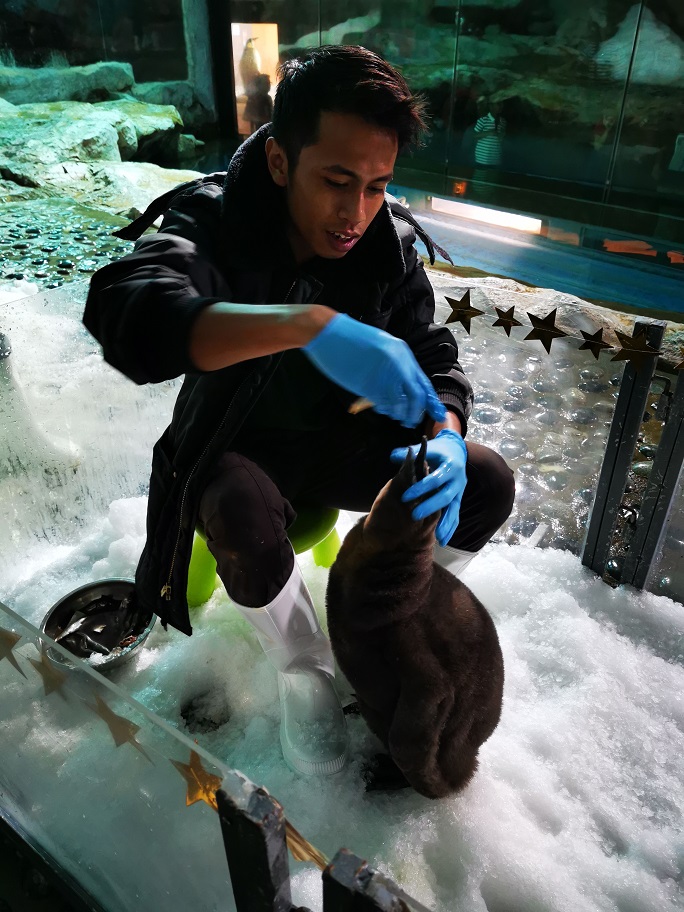 Percy at two months, being fed by one of his keepers, Muhd Hafiz Bin Yani, shortly after his introduction to the colony. Percy currently weighs 10.4kg. Photo courtesy: Wildlife Reserves Singapore
Singapore Things to do in Singapore