JP Dutta is back with his Paltan: First look poster out

The veteran filmmaker is back and how. 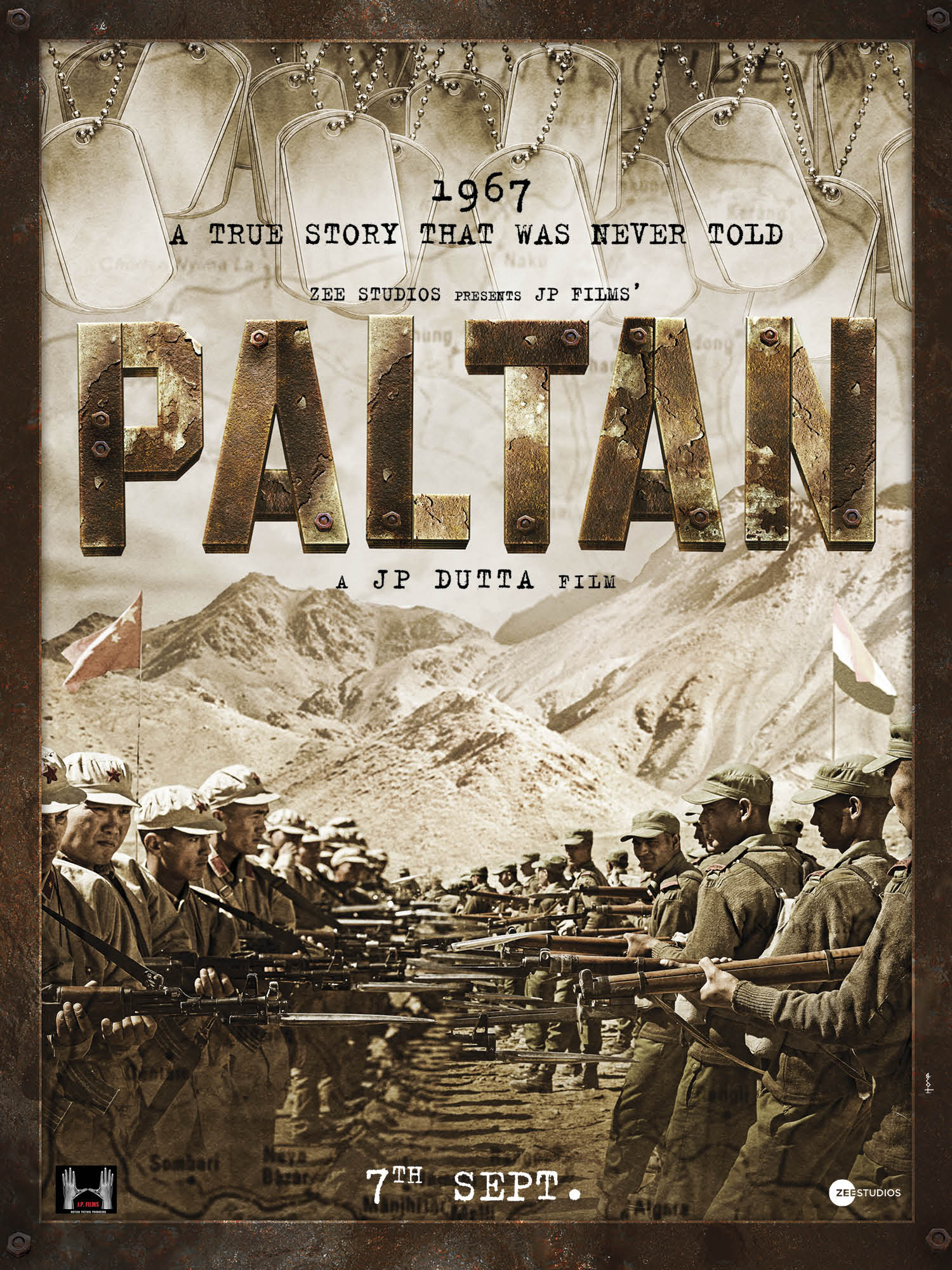 The film, based on the Nathu La and Cho La military clashes of 1967 which took place along the Sikkim border, shows Indian and Chinese soldiers facing one another while pointing rifles at each other.

The film also features debutant actor Luv Sinha. He is the son of veteran actor and politician Shatrughan Sinha and brother of actress Sonakshi Sinha.

"It's time to tell a new story, to tell another part of the history of our country and salute more real-life heroes! I present 'PALTAN'. A film and a subject very close to my heart and I'm extremely excited about it," Dutta, who last directed the 2006 film Umrao Jaan, said in a statement during the launch of the first look of the film in June last year.

Produced by JP Films and directed by Dutta, the war-themed film will release on September 7.