Joy for SES who beat KCC to book semis’ spot

Stellar performances from the Singapore Emerging Stars (SES) carried them into the knockout round of the 5th International SCC T20 2017. The local team defeated Hong Kong’s Kowloon Cricket Club (KCC) in their final Group B match at the Indian Association Ground in Singapore to finish second and book a clash against defending champions Madras Cricket Club tomorrow. 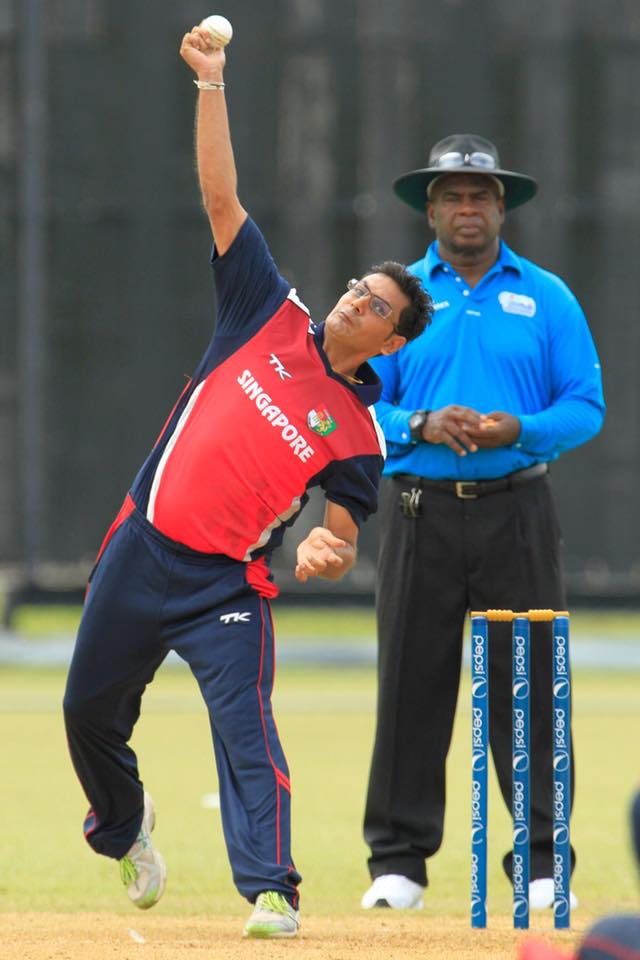 KCC won the toss and chose to bowl, only to find that the SES batting order was in roaring form. Led by a scintillating 73 off 31 balls by man of the match Kshitij Shinde and launched by a quickfire 42 off 27 by opener Chaminda Ruwan, SES scored 190/4 in their shortened quota of 17 overs. Suhaib Ahmed was the only effective bowler for KCC with figures of 3/20. 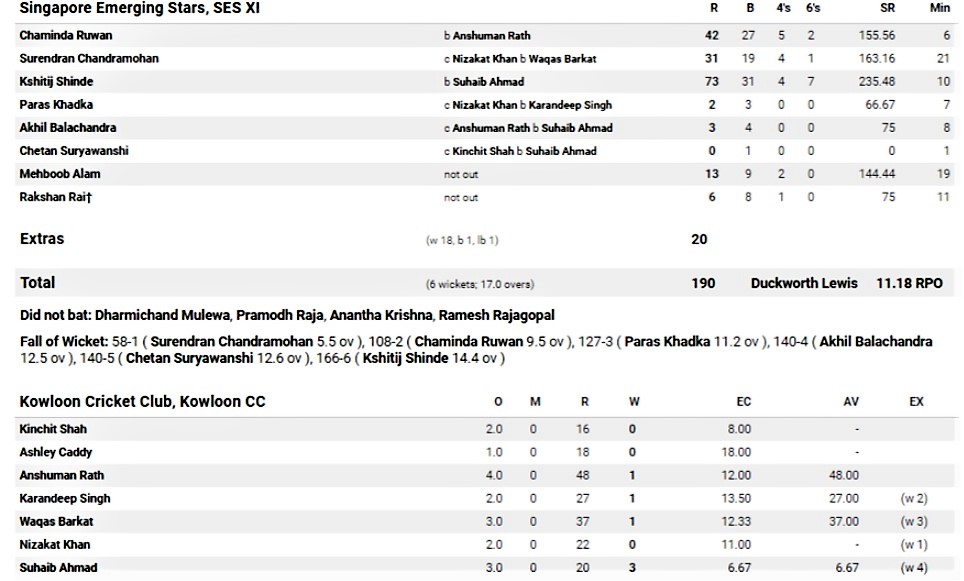 In reply, KCC lost wickets at regular intervals and could not pick up the pace of their run chase, limping to 128/9 when the overs ran out. Skipper Waqas Barkat top scored with 27 runs in 18 balls and Pramodh Raja with 3/18 ensured SES’ victory. 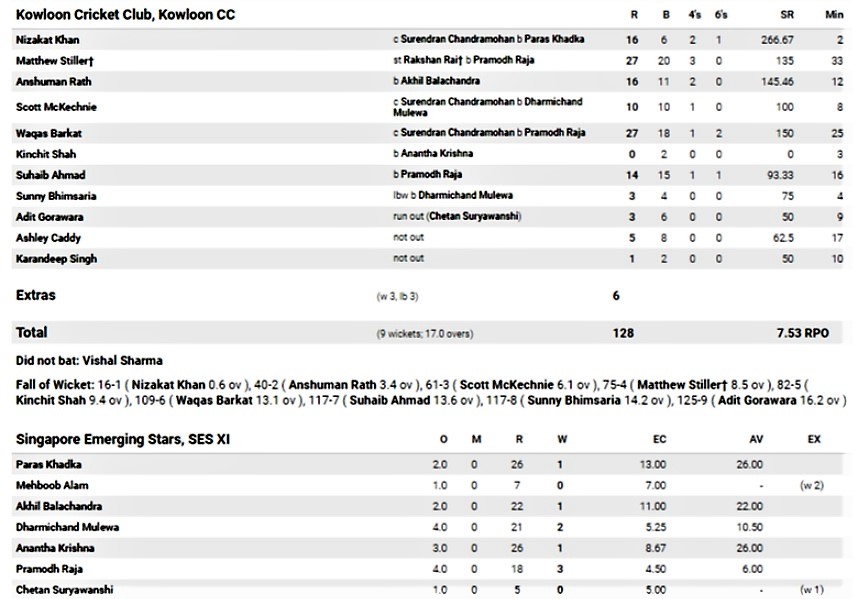 The win takes SES to second spot in the Group behind Singhalese Sports Club (SSC) who won all three of their matches. They are set to face Group A toppers Madras while SSC will take on newcomers SCG XI.