Jhulan is a stalwart for national team: Rohit Sharma

Jhulan Goswami, one of the all-time greats in Indian cricket, is playing her farewell series in England. Yesterday, in the first ODI of the three-match series, Goswami showed her class again, returning excellent figures of 10-2-20-1. 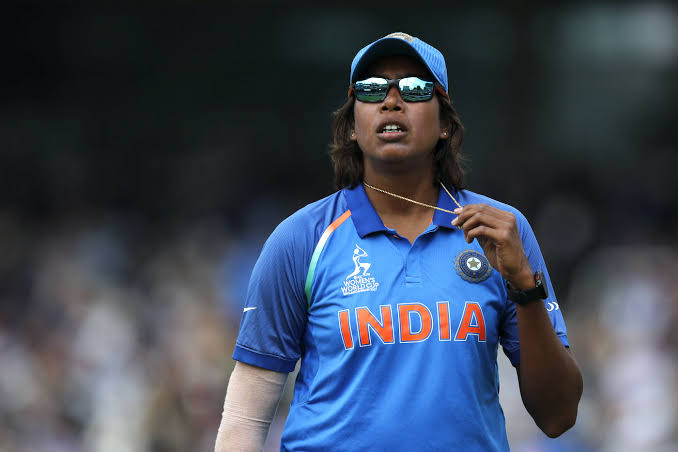 Riding on that, ably supported by the others, India restricted England to 227/7. Then they rode on Smriti Mandhana's 91, Yastika Bhatia's 50, and Harmanpreet Kaur's 74 not out to get the job done in 44.2 overs.

India men's team captain Rohit Sharma paid tribute to the 39-year-old Jhulan Goswami, who has played over 250 international matches for India, calling her a "stalwart" for the national team.

"I have only had few interactions with her, when I was injured at the NCA, she was also there and she was bowling to me," Rohit Sharma revealed in a press conference ahead of India's three-match T20I series against Australia at home.

"I was challenged with her in-swingwer, it was good to see," Rohit said.

"I think she is one of India's stalwarts in terms of what she has done for the country, lead bowler for India. Whenever I have seen her play, she has always shown so much passion for the country, which is a good learning for all the young kids who are coming up and wanting to represent the country, whether it is women's cricket or men's cricket," Rohit Sharma said.

"I do not know how old she is, even at this age, she is running this hard and trying to knock the opposition out. It tells you something, it tells you about the passion she has," he added.